An Exclusive Interview with Fatboy Slim 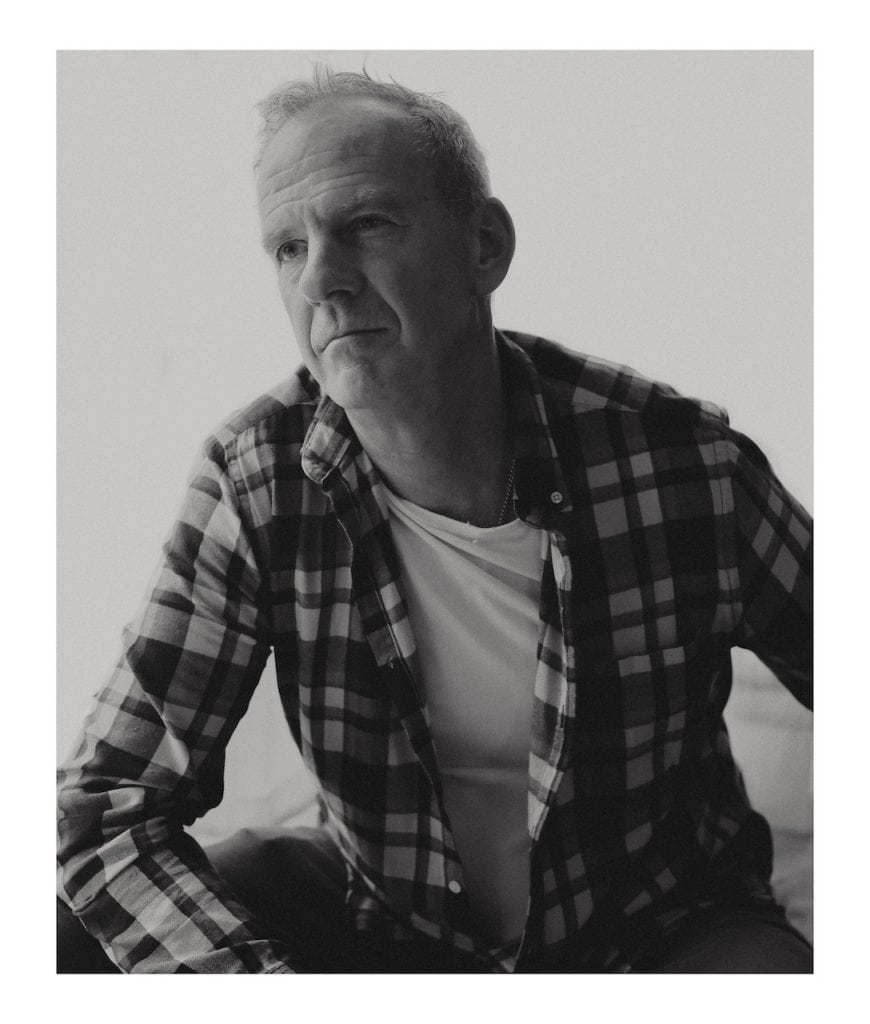 Norman Cook is not a serious man but there are some things he takes very seriously. Sitting in the kitchen of his Brighton seaside home, sipping steaming hot builder’s tea while wind and rain lash furiously against the window outside, this is apparent. “After all the things that I have felt over the past six months, being expendable is the thing that really hurt,” he says, brow furrowed accordingly. “Over 35 years of doing it and I just don’t matter.”

We’re talking, inevitably, about the government’s wan support of the arts during the pandemic, and Cook’s sentiments echo those of most people who work in the events industry. It’s a subject that’s met with fatigue by everyone forced to contemplate it, but it’s one he’s attacked with characteristic gusto, using his platform as Fatboy Slim to drum up publicity for the cause. He’s hopeful that public pressure has served a purpose. “But that’s my only real positive take on it,” he adds. “Beyond that, I’m baffled. What if this goes on for three years? If we have that long without nightclubs, a whole generation won’t go out and that part of our lives might just fizzle out. That’s quite scary.”

What if this [lockdown] goes on for three years? If we have that long without nightclubs, a whole generation won’t go out and that part of our lives might just fizzle out…

Unquestionably, there is a lot at stake. Livelihoods, most importantly, but also all those little things that were taken for granted in the pre-Covid landscape: unspeakable moments shared on dance floors, arms supportively thrown round mates on the long walk home when they’ve had one too many shandies, and the pivotal hours post-rave spent putting the world to rights, or sleeping in a corner, depending on your disposition.

“Music is a great comfort and a release in times of stress,” he ponders. “It seems to have got a lot of people through the hairier moments of lockdown, so I’m more aware than ever of the power music has to comfort people in times of adversity.” It’s pertinent then, especially as we embark on another period of strict Covid rules, that one of Cook’s primary lockdown projects was the curation of the latest Back to Mine compilation, a legendary series inspired by meandering afterparties that’s previously been resided over by the likes of New Order, Flaming Lips and Orbital. Personally, it sent him on a wistful trip down memory lane back to when carry-ons post club were par for the course, while for the listener, it’s a poignant reminder that for now, any esoteric wonderings made in the wooziness of early morning can only occur within the four walls of our own homes.

“It’s liberating for a DJ to compile an album where you don’t have to make anyone dance,” he says with a grin. “It’s a much more relaxed remit.” Indeed, tracks designed to cram dance floors are replaced by soulful tunes like Betty Chung’s ‘Bang Bang,’ Donal Leace’s ‘Today Won’t Come Again’ and Wind’s ‘Groovin’ With Mr Bloe,’ setting it worlds apart from the stadium-filling sounds Fatboy Slim has been the poster boy for over the years. Instead, the album exposes fragments of the funk-driven, long lost gems burrowed within Cook’s expansive record collection, and the people and places attached to the tunes that have made the cut. “[The process] triggered memories of silly nights out and lovely people I’ve hung out with over years,” he explains, his pet cat Toastie prowling up and down on the table in front of him. “I’m not usually sentimental because at my age I’m frantically trying to cling on to being current enough to do my job, but lockdown and this project gave me time to wallow in nostalgia a bit more.”

For outsiders, it would seem impossible to spend an extended period of time in Cook’s home — something he’s not used to doing himself — and avoid contemplating the past. Trophies from old, notoriously messy awards ceremonies are lined up on shelves, smiley-inspired memorabilia made for him by fans is stacked up in the living room, and old magazine covers plastered with his face have been framed and hung from the walls. Relics of his life and career are everywhere, but perhaps it’s only now that he’s had the time and space to consider all of its relevance. “Music is more than just the soundtrack to your life,” he admits. “It goes hand in hand — it becomes part of it.”

Despite this declaration of devotion, it’s clear to the discerning eye that Cook’s allegiances aren’t quite so easily aligned. Because alongside the displays of career-defining DJ paraphernalia, it’s his sizeable collection of modern artworks that take pride of place on the walls, and it’s when talking about this subject that he becomes truly animated — hands gesticulating enthusiastically, eyes wide with intensity.

“I used to have no real interest in art whatsoever,” he states matter of factly. “I’m colour blind so I don’t really appreciate colour. I was never really into any form of art until I became obsessed with hip hop and started liking graffiti.” Back then, the suburbs of southern England weren’t exactly a hotspot for this particular art form so it wasn’t until he went on his first trip to New York that he found an outlet for his burgeoning passion. “I was just wandering round the streets looking at everything when I stumbled across a gallery that had some Keith Haring drawings in it,” he explains. “The salesman basically gave me the whole spiel and I ended up buying a suite of Haring prints — that’s what got me into the idea of having art on the walls. Then over the years, you fall into the trap of coveting these things!”

To me, [buying art] felt like being part of a gang; I just wanted to be in their gang!

If that’s the case then it’s bait that Cook has taken willingly, not least because of the access it gives him to the exclusive art collectors’ club. “To me, [buying art] felt like being part of a gang,” he says excitedly. “I just wanted to be in their gang!” That’s a goal he’s surpassed in recent years, not only by collaborating with Banksy on projects like Dismaland, where he juggled playing an unannounced gig with pulling pints for punters, but also by curating his own exhibitions like the ‘Smile High Club’ at the Underdogs Gallery in Lisbon back in 2019. That opportunity came from his friendship with Lisbon’s very own graffiti maestro, Vhills, who’s also responsible for Cook’s favourite piece of artwork. “He gave it to me for DJing at a festival,” he explains. “It’s layer upon layer of old theatre posters that he’s taken off in one chunk and then cut with a razor blade to make this image. The local government take all these down and save them for him. He’s the king of Lisbon.”

Cook talks in revered tones about all his artist heroes. “It’s the way they live their lives,” he beams. “They’re sort of travelling vagabonds, a bit like DJs. They live the same nomadic experience, flitting from city to city, which means they’re a bit more cosmopolitan and have their fingers on the pulse of what’s going on. They’ve also got this twisted, creative brain which is slightly dysfunctional but brilliant.” He experienced this first hand when acclaimed activist artist, Bordalo II, moved into Cook’s Brighton home after he was commissioned to create a piece for the nearby coffee shop he owns, Big Beach Café. “That was a real moment,” Cook says. “While he was living here he’d play with my cat and my daughter and that really reminded me of everything I read about Keith Haring. So I was like I’m living the dream here, I’ve got an artist living in my house! He digs me and I dig him. I really loved it!”

There’s tremendous crossover between art and music. I’ve got on famously with every artist I’ve ever met.

You get the impression that the relationships Cook has formed are based on a mutual respect between artist and DJ; both narrators of cultural shifts and critics of political systems, and in some cases, just creators for the sake of creation. “There’s tremendous crossover between art and music,” he agrees. “I’ve got on famously with every artist I’ve ever met.”

As silvery licks of sun begin to break through cracks in the clouds, we wrap up our chat so the photographer can take over. Cook jumps up and puts one leg into a full body Pink Panther suit that’s been slung on the sofa. “Doing stupid pointless things for the sake of it is exactly what turns me on,” he concludes mischievously. “It’s one of my main drives in life.” And with that he bounds down a hallway smothered in brightly coloured art, tail swishing behind him.

Wormwood Scrubs is a huge neighbourhood-sized oasis in West London unbuilt on since ancient times. HS2 recently announced plans to destroy a portion of it, a move met with fury and indignation by local residents. 2 MINS  /  14 hours ago

‘We mustn’t be victims but protagonists of our stories’ – Small Axe: Mangrove

Director Steve McQueen launches his new five-part film series with the true story of the Mangrove 9 – a group of activists who transformed racial justice in the UK.  4 MINS  /  6 days ago
See More