For Desta French, Latin-inspired music isn't a trend, it's a calling - whynow 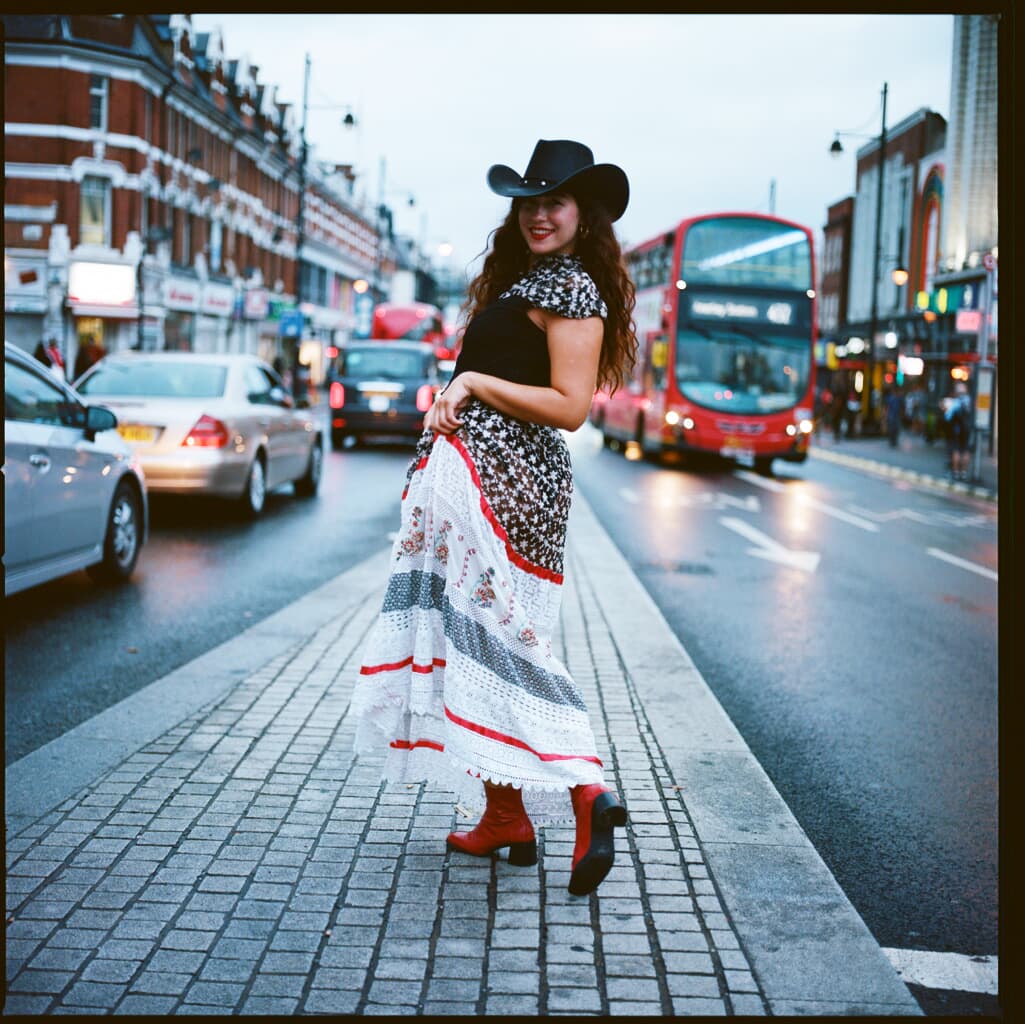 The last few years have seen the popularity of Latin pop sky music rocket in the UK and the rest of the world. The runaway success of Justin Beiber’s ‘Despacito’ ft. Luis Fonsi & Daddy Yankee in 2017 saw an influx of Latin inspired hits shoot straight to the top of the charts and artists such as Bad Bunny, J Balvin, Camila Cabello and Ozuna become household names.

It would, however, be wrong to accredit this newfound admiration for Latin music to international stars alone; British Latinxs are one of the UK’s fastest-growing communities, and they help fuel much of the support for the genre and its offshoots. Despite this, the UK has yet to see any homegrown Latin artists breakthrough to the mainstream but all this could soon change thanks to Desta French.

Born in London in a mixed Colombian / Italian household, Desta’s music exudes the sensuality and vibrance of Latin culture combined with a quintessential London flair. First appearing on the scene in 2016 with her debut single ‘Shame’, the sultry track earned Desta a coveted performance spot on COLORS which currently sits at over 1 million views.

After a two-year soul searching hiatus from the music industry, in July of 2020, Desta released her much-anticipated EP entitled ‘San Lazarus’. A fusion of British R&B and Latin rhythms, the record is an unapologetic declaration of love for the cultures from her upbringing.

When I put ‘Shame’ out, I didn’t have much knowledge of how the music industry worked at all. When I got the opportunity to do the COLORS performance, ‘Shame’ was on about 300 plays on SoundCloud. It was just something I put out innocently while in a very different place in my life.

‘Shame’ was proceeded in 2017 by the single ‘Needing U’, another track steeped in R&B soul but devoid of the Latin inspired sounds of her current work. While a painful breakup was the catalyst for change within her music, it by no means defines her journey to self-discovery. Travelling through Colombia, the birthplace of her mother, Desta discovered a music scene far removed from the UK industry and a pandora’s box of wonders for her to draw inspiration.

I’m just in a different place in my life now. Stuff changed, relationships fell apart, and all of that brought me to where I am today both spiritually and creatively.

Going back and forth to Colombia between the ‘Shame’ era and now, I discovered more about how the alternative music scene works in South America. Growing up in London, I believed you had to navigate in a certain way in music to get ahead. In Colombia, I became inspired by the new sounds which awaked the nostalgia in me.

When I got back to the UK, I was like, “F*ck it! It’s going to be hard to find an audience, but I need to do this”. We would research a lot of traditional folk music and salsa from Latin America in the studio and put effort into creating a record that resembled where my true identity lies. 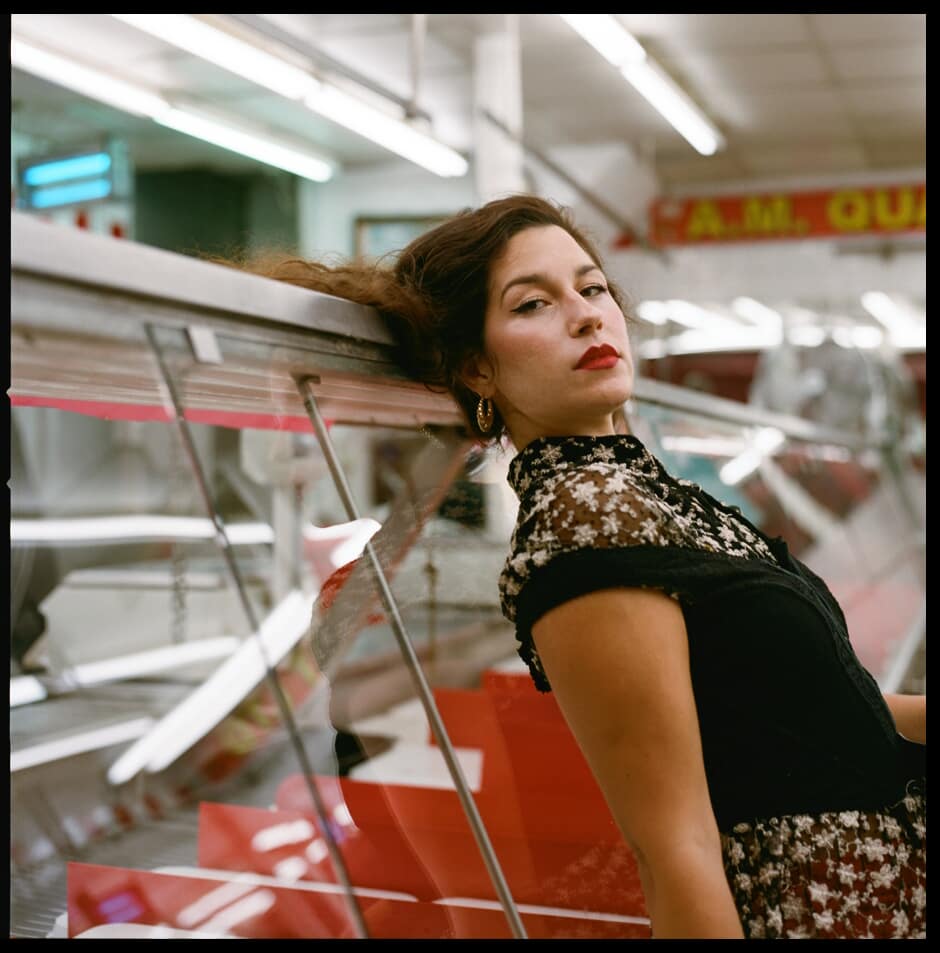 The difference between her debut and new EP ‘San Lazarus’ is stark. Desta took her British R&B flair and combined it with contemporary Latin sounds to create a body of work which, while experimental, is still familiar enough to create an enjoyable listening experience.

Other aspects of her artistry also leapt forward this release, evidenced by her new music video for the single ‘Tabaco Y Ron’. The song is an expert blend of salsa, R&B and UK rap music and all of these individual music scenes are visually represented within the music video. Donning a Gauchos-inspired outfit while salsa dancing beneath a London underpass, the video pays homage to both of her major musical influences and their shared birthplace within the underground music scene.

I’m involved in the production of all of my music videos from start to finish, and I make sure I sit in on the edits. I feel they’re only going to get better because I’ve learned so much and ‘Tabaco Y Ron’ is the one I’m most proud of. I would love to have a big budget and do more, the first hat I wear in the video is from a fancy dress shot, and my other outfit is by my designer friend Sonny Jake but mum always says “it’s not what you wear, it’s who’s wearing it” and I live by that.

Despite her success, Desta is still all too aware of the lack of representation of the British Latinx community within the UK mainstream media, but she is determined to change this.

As an artist, I have to be authentic, and what inspires me most is real-life stories. Growing up in my household, I witnessed so many amazing characters who deserve to be heard. We don’t have Latin families on Eastenders or working as TV presenters here in the UK.

As a whole, the British Latinx community is severely underrepresented in the media. The representations we do see are mostly exaggerated, and while I am drawn to fantasy, I am also particularly inspired by more raw experiences.

Determined to show the diversity of the entire Latinx community, Desta has made sure that her creative process is inclusive of all subcultures within Latin America. Her music video for track ‘Aguanta’ showcased UK-based Latin American women of all shades performing along to the infectious single.

While her own personal lived experiences inspire much of the EP, Desta understands the impact sharing her music is having on the broader Latinx community.

I’ve received messages from young girls all over the world who identify with who I represent and the work that I’m doing. The people that are hollering at me are people that remind me of myself, and that feels really nice.

I know that I’m not the only Latinx artist that has been influenced by London and I know there will be more to come after me, but it feels nice to be potentially opening some doors and being the artist I wish I had growing up.

Looking to the future, Desta hopes that her music can continue to inspire people from all walks of life. A second generation immigrant on both sides of her family tree, her story resonates with young people across the globe in search of their place in the world. Desta hopes that her music will continue to inspire others as her career progresses and her artistry evolves.

I want to be able to look back on my career and actually feel a sense of achievement from always being true to myself. I want to have helped people with my music and my message – that would be a big goal of mine.

For Desta, music is a shared experience, and while it took much self-discovery and personal endeavour to get to this point, there’s still so much more to be created and explored. The progression she has shown between releases is but a glimpse of what she has in store for listeners in the future.

While her message is noble and dedication to her craft encouraging, it’s her north London charm and cut-throat wit which will make her a force to be reckoned with inside an industry not known for its mercy. Latin inspired music is not a trend, for Desta, it’s a calling, and she’s more than ready to ensure her voice is heard and her message sincere.

The phrase ‘Solvitur Ambulando’ means: ‘it is solved by walking.’ In the second instalment of a new series about walking, we explore the ways walking can unlock new ideas and help us solve creative problems.  /  4 days ago

40 years after its original release, The Shining is as terrifying as ever. Secluded in veritable Overlook Hotels all our own, Stanley Kubrick’s masterpiece finds new resonances in light of the current crisis. 2 MINS  /  5 days ago
See More