'Whatever I say I want to create, I know I'll contradict myself in future' - whynow

An interview with Jacob Read, aka Jerkcurb

We met with Jerkcurb on one of the rainiest days of the year in Crystal Palace Park to look at the dinosaur sculptures and talk about what he’s been doing during lockdown, the origins of his music making, cartoons and nu-metal.

Jacob, you’re known for your music, illustrations and animation but what came first, drawing or music?

Always drawing. Both my parents are artists and so it was always encouraged. Seeing things for me and drawing them was the first way I understood things. I remember going to school and realising everyone doesn’t draw the whole time. I thought it was strange. My parents still have a chest-full of my drawings from that time, the stuff I was obsessed with, like Batman and dinosaurs, combined with a fascination of scary, mean and dark things.

I always think that when animation’s combined with CGI or live-action it looks weird and stands out. Courage the Cowardly Dog, which is a 2D hand drawn show, had an episode that really scared me as a kid where a CGI character appears in the mist but because you’re so accustomed to this world where everything is flat, it really sticks in your head. 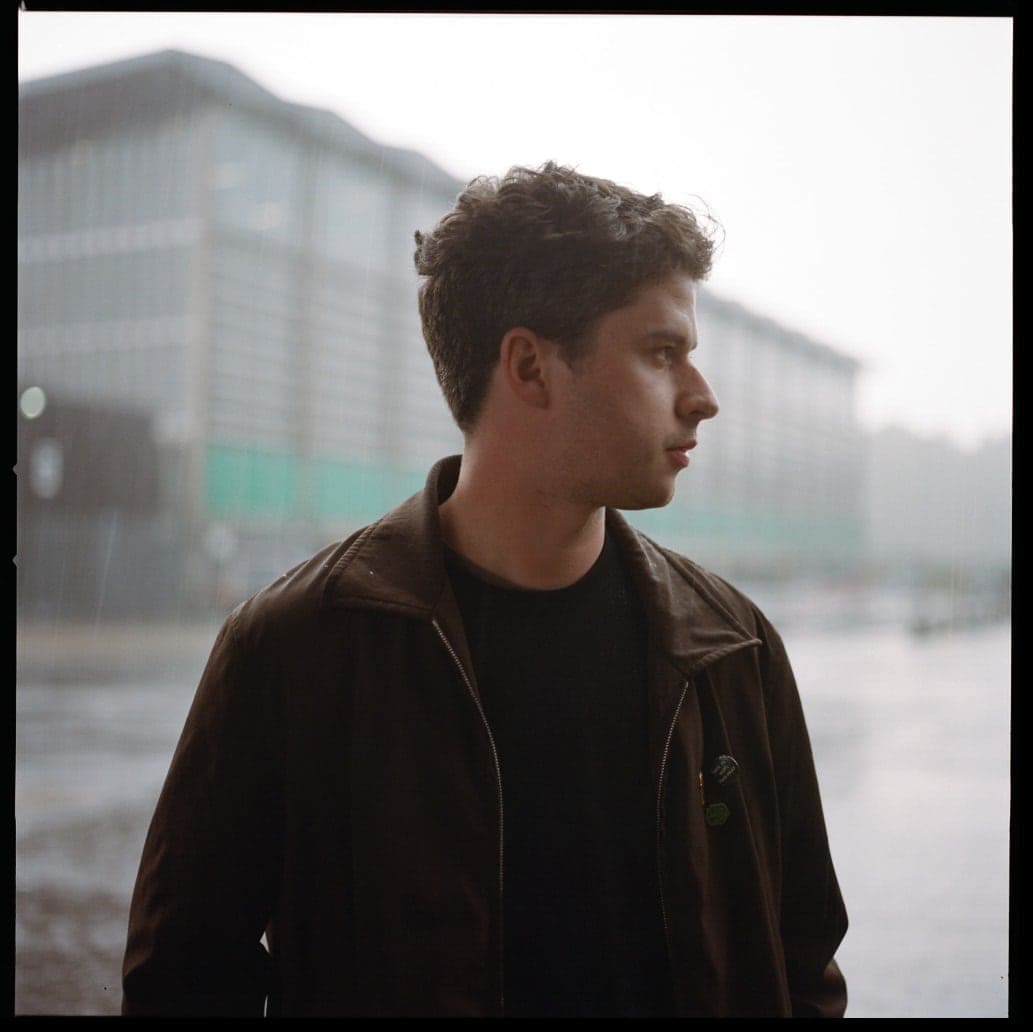 How have cartoons influenced you?

I’ve started waking up early and watching cartoons online just to get back into that childhood mindset, like re-watching the original animated series of Batman. They animated it on black paper and created a new variation of art deco called dark deco (to fit with when Batman was originally created in the 1940s), I loved it as a kid and still do.

So when did the music start to appear?

It was when my mum started singing, she always did art but then decided to be a singer too, so she started a disco band. I remember going to those gigs and their rehearsals when I was five. Musicians started appearing in my house and there was always music around. I wasn’t really into it then only listened to what my mum was playing – mainly jazz and disco because she had two separate bands for the two.

Are there any particular standout songs your mum used to sing?

What about your dad, did he have a similar music taste?

My dad was into trance and techno, but there was this one CD by Deep Forest that he had which was very ambient and was something I definitely responded to and connected to more.

When did you start to play instruments?

I played piano first, but wasn’t interested. I started to play guitar because my mum’s bass player taught me. Straight away it felt right, because I was playing with someone else. It was more improvisational, it felt more right. Being taught the twelve-bar blues, combined with seeing the confidence my mum had when she was performing, confirmed to me that I wanted to start and be in bands. I didn’t want to learn, I wanted to do it myself. Making music has always been about exploration for me, that’s why it’s been quite a slow process, but always something that really excites me. 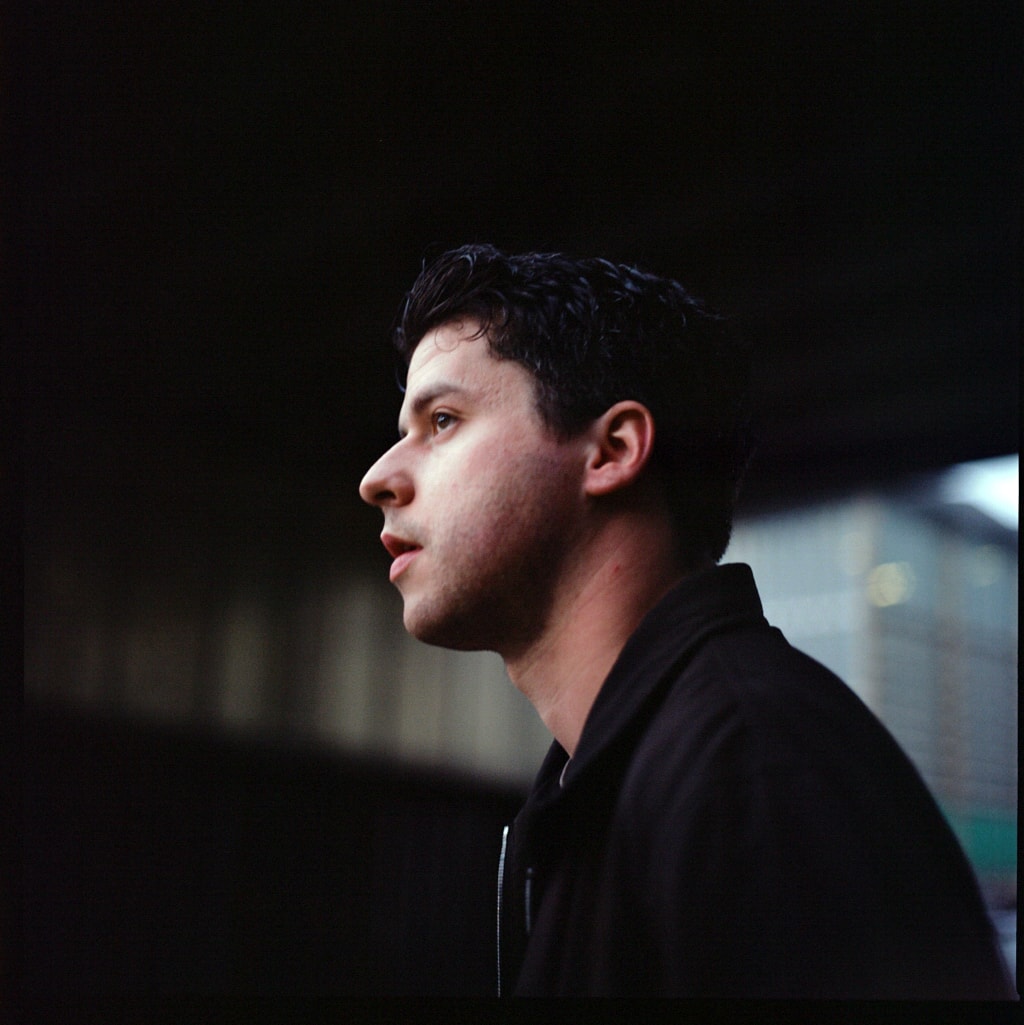 What was the first music scene you were into?

When did you start your first band?

My first band was called Teenage Molars when I was around ten. It was me on guitar, Theo McCabe on drums, who plays keys for Horsey (Jacob’s other band), and a guy called George Dickens, who was the singer and played bass. I just loved playing and also delving into as much music as possible, listening to all the albums, getting the records and studying all the artwork and the booklets inside. I knew I wanted to make music. I wasn’t thinking about making a career out of it at that point though.

You are currently in two different bands, Horsey and also Jerkcurb, how did they both come about?

Horsey came before Jerkcurb, but it was called Words Backwords. We were about 15, it was the same line-up except we had a different guitarist. Jerkcurb came about when I was listening to more film scores and ambient music whilst I was playing around with garage band.

I was in Year 9 making music in garage band, using samples and creating more ambient sounds. That was very different to the band music we were making and that contrast was important to me, as it felt like I didn’t have to share and do it for me. That was where Jerkcurb came from.

How did you start initially releasing material through Jerkcurb?

I started doing stuff when Archie (King Krule) put a track out on Bandcamp, then I put a track out on Bandcamp, it was positive competition, he was 14 and I was 16. Then when I went to university to study animation and he started to blow up I started to feel like I wanted to make more music. I upgraded from GarageBand and started using Logic and worked with my pal Ojan from the band Haraket. He was crucial to taking the production to another level. I still wanted to be an animator though, but then because the music following started to build, the feeling of pressure to release more and gig more grew. I got a manager then realised that maybe I should do more music.

Where was your first gig as Jerkcurb?

The Sebright Arms, East London in 2012. It was a support spot for the band Vondlepark and was booked by Jamie from Kero Kero Bonito, who booked quite a lot of my early shows.

Then from there it was a really slow build up to the album which was released in mid-September in 2019. I finished an album before that in 2015 but scrapped it because I wasn’t happy with it.

I didn’t like the production, it was all done on a laptop and was too flat, intimate and lo-fi. Retrospectively it may have made sense to release it, but I knew it wasn’t the album that I wanted it to be. I wanted to make it in a studio with other musicians, I’m very happy with what I made but it took a long time from when I finished university in 2014. I was working as an animator at that time as well, I helped make a short for Disney and created two animations about World War One, one of which I directed for the Tate. 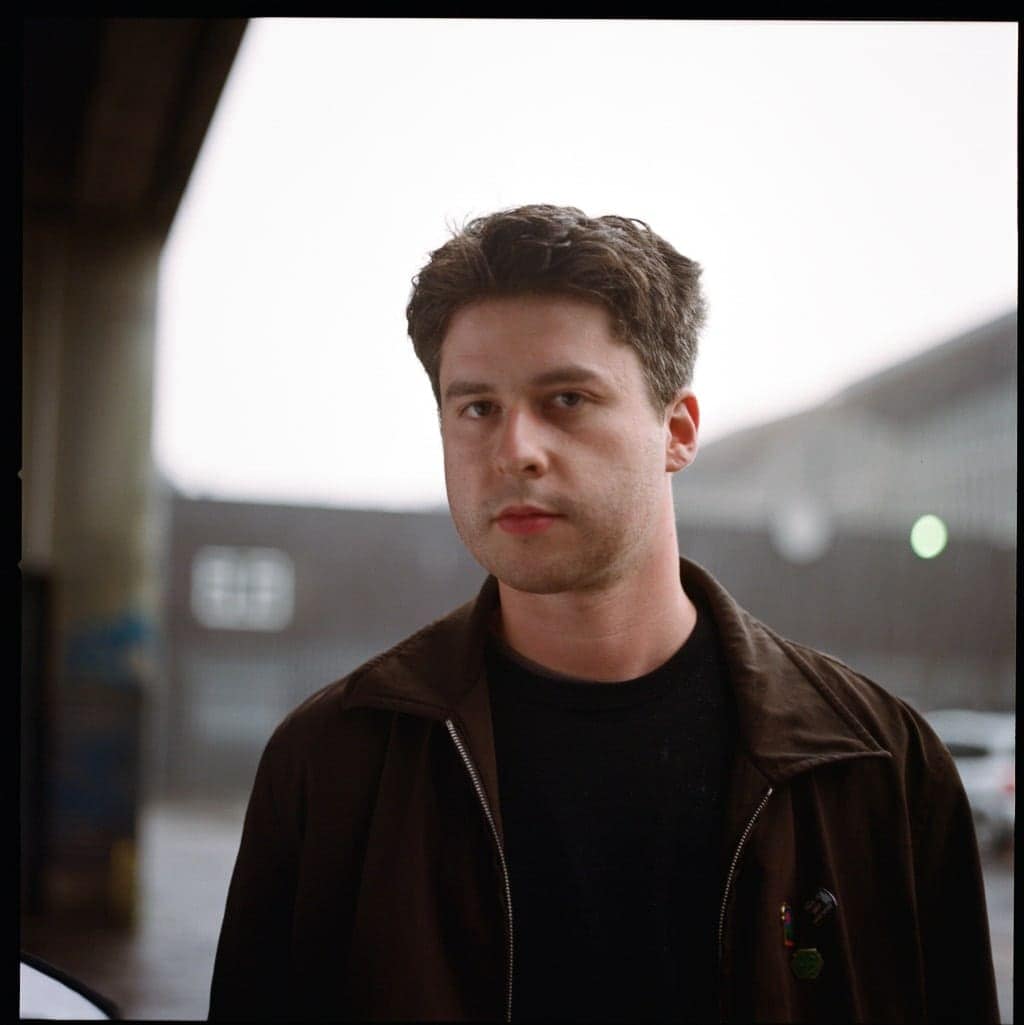 How did the Tate commission come about?

I pitched the idea and my drawings and animation fitted what they wanted for that time period. This was a few years ago for the 100-year anniversary of World War One. I hadn’t done much animation so it was one of the most fun but challenging projects I’ve ever worked on.

With Jerkcurb and Horsey, do you see the style or sound evolving in a particular way? Are there particular influences that you are keen to explore more in your future work?

I feel whatever I say about what I want to create I will eventually contradict myself in the future, but it does change a lot. With the last Jerkcurb album, there were a few reviews that said it was too slow, but that’s what I wanted it to feel like, I wanted it to be an album that you could put on after a night out and not have to focus too much on it. In the future I’m interested in pursuing two opposite routes. One being more experimental, down a more classical route and more of a rejection of pop music because I find it interesting, for example no drums or percussion and only strings. The other being more sugar coated bubblegum pop.

I’ve always been interested in non-places, where there’s an absence of people and almost the place or the building creates the meaning within itself, kind of like Crystal Palace or Kew Gardens. I’m also finding influence through science fiction such as The Twilight Zone, the film Ex-Machina and also an author called Ray Bradbury who was writing in the 50s who questions ethics and morals in his tales and always pushed original concepts.

Have you been working on any projects musically or artistically recently?

At the moment with music I’m honestly seeing what happens. Since the album came out and coronavirus, I’ve put music on hold a bit. I feel with music I need time to research and live, I’m not one of those people that can sit down and write all the time. For me it needs to be the right moment, I need to feel the right combination of things.

I went to Japan back in February with Jerkcurb for a week which was amazing. We all got really bad food poisoning though when we were out there from cutting a cake with an old samurai sword. Then I did the King Krule tour as well, but that was cut short because of coronavirus. I’ve spent most of the lockdown making art, because I hadn’t put art in the forefront for a while. I used the time to get back into drawing, making 3D projects and paintings. I made a toy box for my friend which was a really fun project.

A painter asks a thief why he stole her work. ‘Because it was beautiful,’ he says. A new documentary tells the story of what happened next. 4 MINS  /  5 days ago
See More