On Paterson, poetry, and taking a shower with a raincoat on - whynow 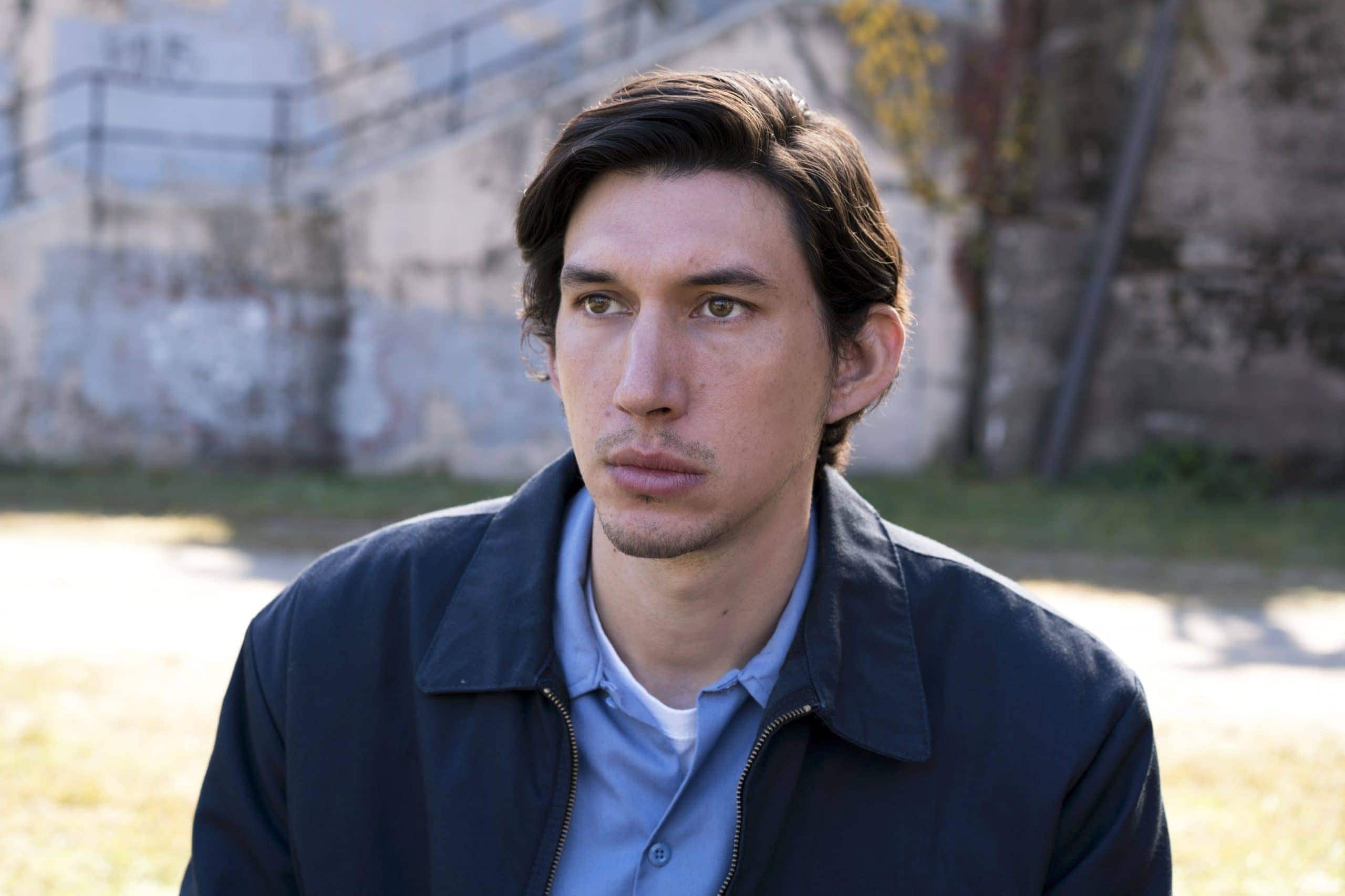 Credits on black, the ambient soundtrack trance-like, the sound of a dream as it breaks. Fade to an aerial shot. Two people, a man and a woman, lay asleep in bed, the slatted, early-morning sunlight falling across their faces. ‘Monday’ drifts on to the screen in cursive script. He wakes, gently, and turns to pick up a watch from the bedside table. Almost quarter past six. He kisses her shoulder. “I had a beautiful dream,” she says. “We had two little children. Twins.” Jim Jarmusch’s Paterson (2016) starts as it means to go on: this is a film about the quietude of intimacy and the rhythms of quotidian life. It’s about routine, dailiness, and mundanity. But it is also about poetry.

The film follows a week in the life of fictional poet and bus driver Paterson (Adam Driver), as he mooches through Paterson (yes, you read that right), a real-life provincial city in New Jersey. Paterson (the place) is known amongst poetry enthusiasts as the home of American modernist, William Carlos Williams, who is known, in turn, for his epic collage poem Paterson.

In other words, the meta levels in this film are through the roof; labyrinthine connections coil around the single word ‘Paterson’, bleeding from film into reality, and back into film again. Adam Driver is playing a bus driver. Actor William Jackson Harper shows up playing an actor. And whose eyes are we really seeing these routine observations through, Paterson the poet, or Jarmusch the director? 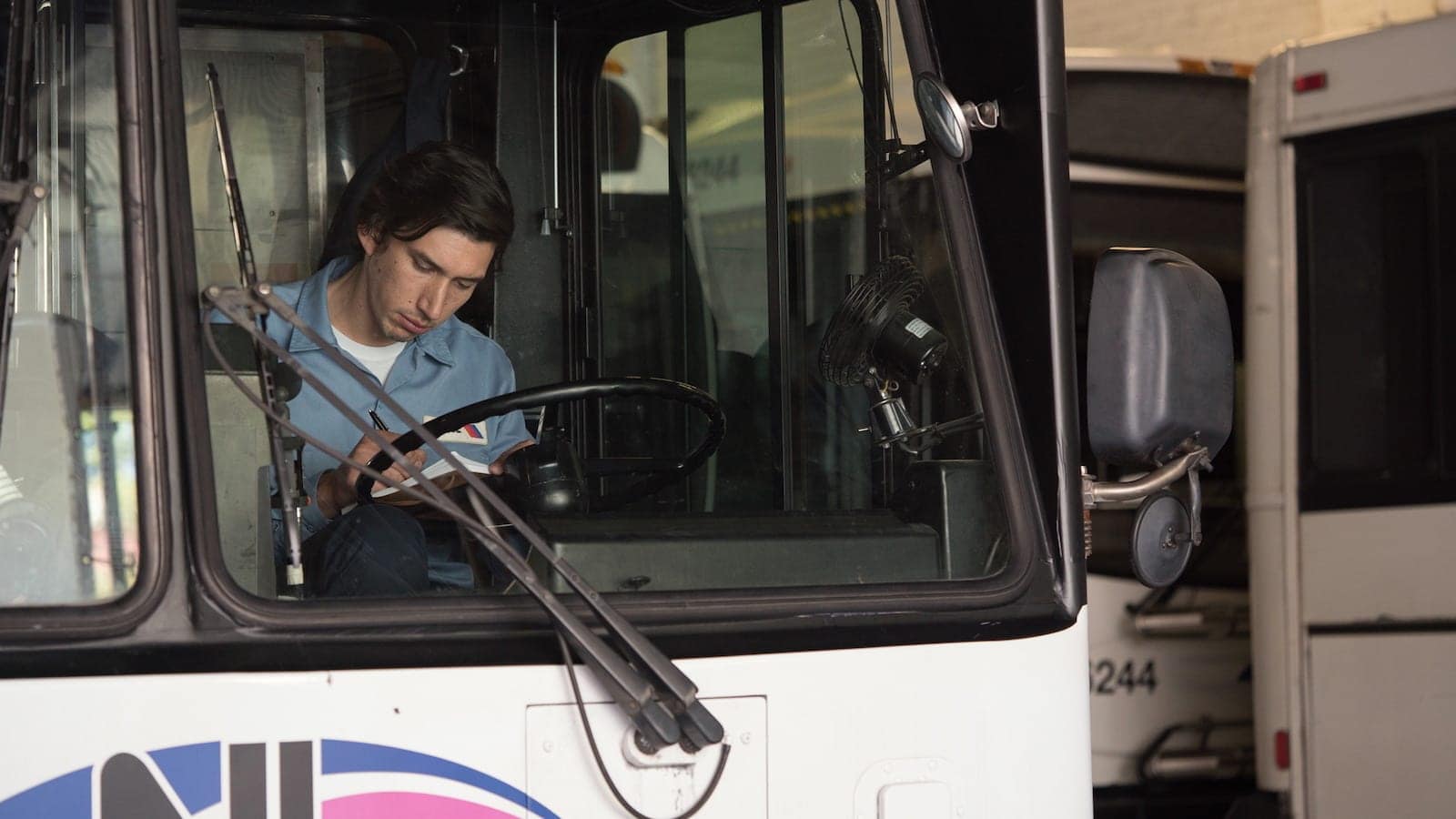 Paterson is up now and in the kitchen. Cut to a bowl of cereal on a countertop, Paterson out of shot, only his hands visible. In his right, he holds a spoon, in his left, a tiny box of matches emblazoned with the words ‘Ohio Blue Tip Matches’. Ordinary enough. Only, for Paterson, these matches are more than a household object; they’re the impetus for the ‘Love Poem’ he will write later on his lunch break. “We have plenty of matches in our house. / We keep them on hand, always. / Currently our favorite brand is Ohio Blue / Tip, / though we used to prefer Diamond brand / That was before we discovered Ohio Blue Tip matches.” Traditionally, the love poem has been associated with forms like the Sonnet or the Ode. Conventionally, the love poem is crafted around images grander and more worthy of their subject than a throwaway box of blue-tipped matches. What kind of a love poem is this, Paterson?

The answer: one that belongs in Paterson, NJ, and one that belongs to a lineage of American poetic voices, all of whom take their cue from the city’s most famous resident, William Carlos Williams. His best known poem, ‘This is Just to Say’ (which Paterson reads to his partner Laura, played by Golshifteh Farahani, later in the film), shows us why:

This is pure intimacy distilled into poetry. The poem is tiny in every respect: its monosyllabic words, its short lines, its cold plums. This is a note, dashed out on a post-it and tacked to the fridge. Its domestic, its honest, and somehow it epitomises well-worn love. No need for bombast, for trumpets, for decorations, and for sonnets: Williams’s imagistic poem does something else – and so does Jarmusch’s movie.

The poems that Paterson writes were in fact penned for the film by Ron Padgett, the Second Generation New York School Poet under whom Jarmusch studied at Columbia University. In one scene, we even see Padgett’s books in Paterson’s study, stacked amongst works by seminal New York School poets Frank O’Hara, Kenneth Koch, John Ashbery, Joe Brainard, and, of course, William Carlos Williams. (The discerning eye will even spot a framed portrait of Williams hanging on the wall over the book stacks.) Once again, Jarmusch fuses reality with fiction (this is surely his own poetry collection), giving Padgett a space in which to exist as Padgett, while also providing the fictive voice of Paterson; and, in the end, it’s this voice that is the film.

There’s very little in the way of a story. Each day begins in the same way: Paterson and Laura in bed; Paterson checking his watch; getting to the depot; driving the bus; returning home; walking the dog; and going to the bar. There are small variations. On Friday, Paterson is up late, Laura already in the kitchen, at work on her cupcakes; on Saturday morning the camera angle shifts to Paterson’s POV – this is, after all, his day off. 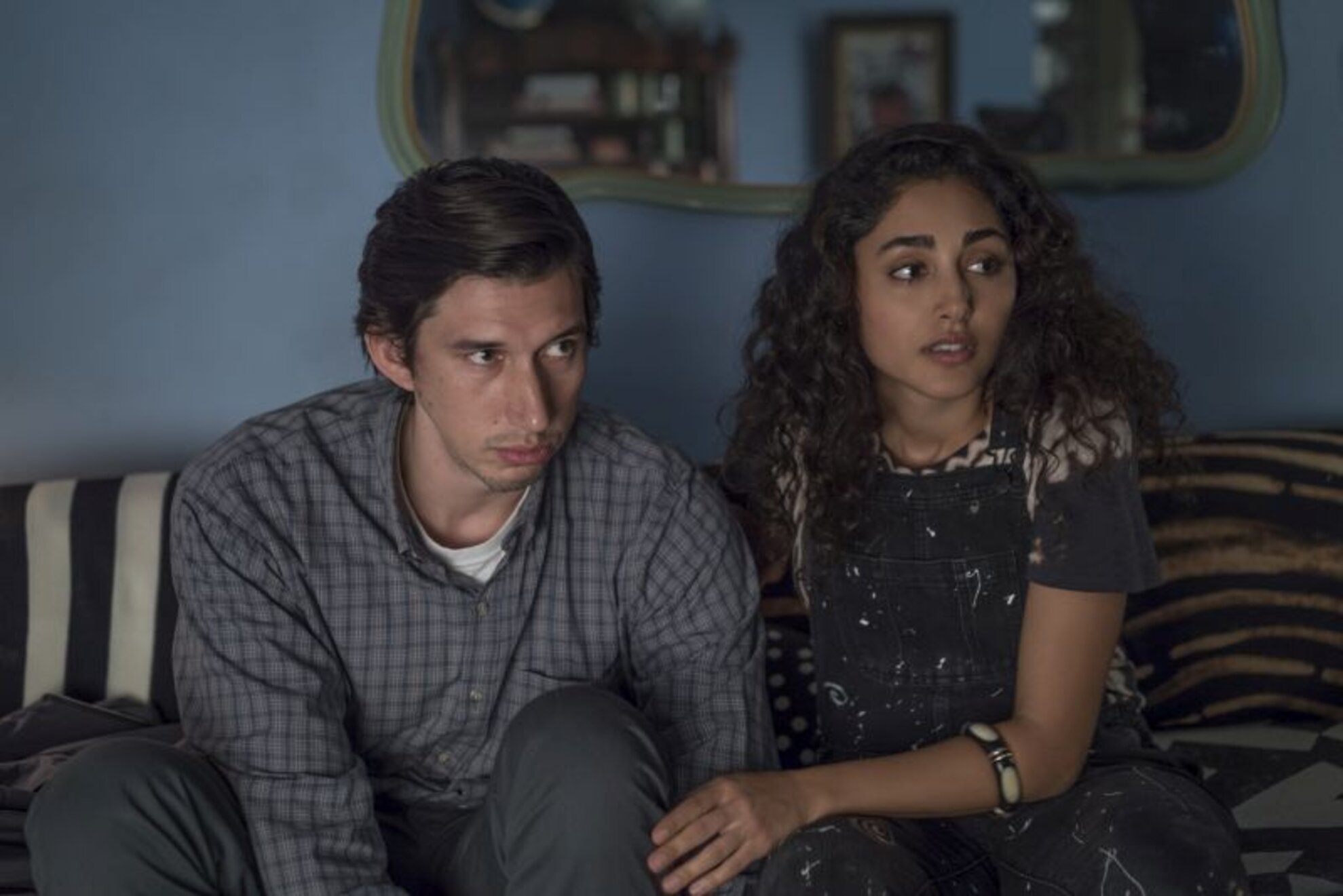 And there are bigger deviations, too: on Friday night, Everett (Jackson Harper) brings a gun to the bar – except that it turns out to shoot foam bullets. Earlier that day, Paterson’s bus breaks down – though even this is routine, not the “explosion into a fireball” that the city’s residents fear, but an electrical problem, as Paterson soberly explains. Instead of a ripping yarn, the film is fuelled by the poems that Paterson (Padgett) writes, which we both hear as an internal monologue, and see in cursive letters, floating across the screen to reinforce poetic lineation.

Jarmusch has stripped away familiar filmic tropes, reducing narrative to mood and replacing mise-en-scene with mise-en-page. The film is an adaptation, not of a novel or a play, but of a lyric voice. Slow-burn, subtle and understated, the heart of the film is located in the tiny observations that the roving eye of the poet / director / character makes, like a box of matches on a kitchen counter or the poignant close-up of children’s dangling feet that don’t quite reach the floor of the bus.

At the close of the film, Paterson takes a walk, trying to process the events of the night before: Marvin, Laura’s dog (and Paterson’s adversary), has shredded the only existing copies of his poems into confetti. This is Jarmusch’s exquisite model of poetic bathos (a characteristic tic of the New York School): the dog really has eaten Paterson’s homework.

Sitting on a bench, Paterson is joined by an unnamed fellow poet and Williams enthusiast from Japan, played by Masatoshi Nagase, who Jarmusch fans will recognise from his earlier film, Mystery Train. “A bus driver in Paterson,” remarks the Japanese poet, “this is very poetic. This could be a William Carlos Williams poem.” Nagase delivers a concluding summation of the film we have just watched, a work that could, itself, be a William Carlos Williams poem.

Stepping out of Jarmusch’s filmic past and into his present, Nagase’s anonymous character brings the film to its denouement with his comment on the rich symbiosis that Jarmusch creates between reality and fiction, between poem and film. Walking away, he leaves Paterson – the place, the character, and also you, the viewer – with a final platitude: “Poetry in translation is like taking a shower with raincoat on.” What does he mean? In typical style, Jarmusch has left it open to interpretation. My take? That Paterson itself is poetry in translation, stripped of the anorak and soaked in the lyric voice.

Paterson is currently available on Mubi

Wu-Tang Clan redefined hip hop when they started putting out music in the early 90s. With plenty of time to kill, Sammi Gale turns his attention to the kitschy kung fu films and niche religious ideology that inspired the music of a generation. 5 MINS  /  3 days ago

‘We mustn’t be victims but protagonists of our stories’ – Small Axe: Mangrove

Director Steve McQueen launches his new five-part film series with the true story of the Mangrove 9 – a group of activists who transformed racial justice in the UK.  4 MINS  /  6 days ago
See More