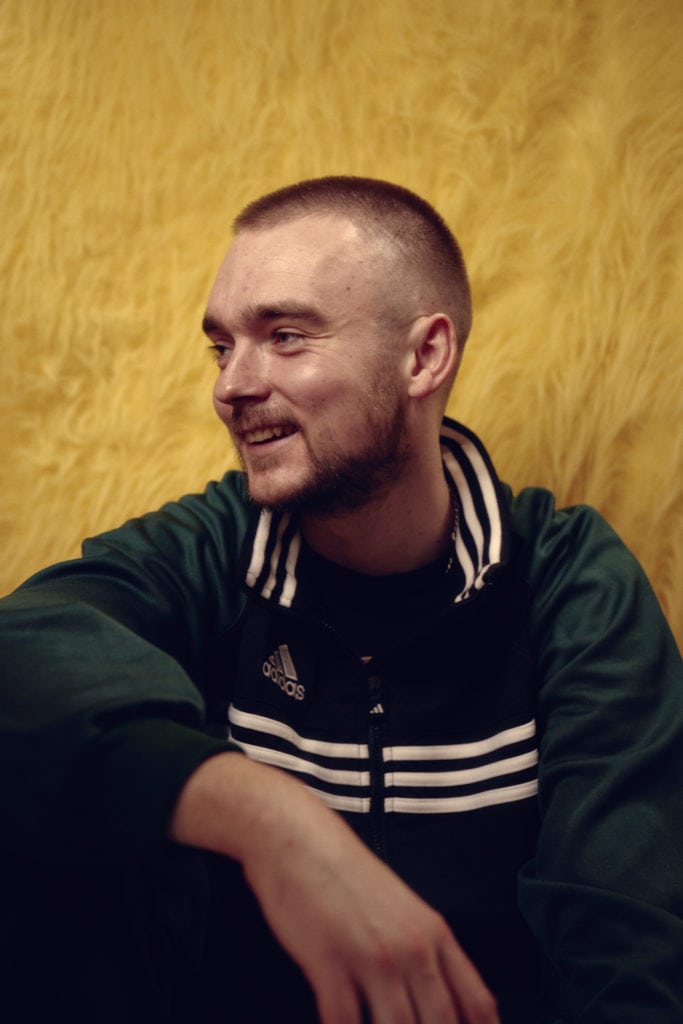 Having worked with some of the most respected producers in the UK, Pinty’s infectious flow is a breath of fresh air, as he intelligently commentates on life and inner city pressures over seductively woozy house music. If Pinty isn’t on your radar yet, then it’s time to jump into his honest yet enchanting realm.

What was your first invitation into the world of UK Dance music?

Oh boy, my first one was with a very close family friend who showed me a tape of [drum n’ bass MC] Skibadee performing at some rave years ago. I must have been about 10, he was like family – he mentioned wanting this ‘Fabio & Grooverider’ CD for his birthday so I got him and I both a copy.

I was listening to pretty hard drum n’ bass by year 7, which was pretty odd at the school I was in. When I was 14 someone gave me a CD of my late brother spitting on garage and drum n’ bass. From then on I decided: right, that’s what I want to do.

Although MC is in your name you’re not a traditional British ‘MC’; what music inspired you from the underground to the mainstream?

To be honest it’s got to be The Streets – for me that really cemented that crossover. I got given the album ‘A Grand Don’t Come For Free’; when I realised the concept of the whole album was focused around one story that just blew my little mind to smithereens. I just thought it was the most incredible thing in the world at that time. I still do. 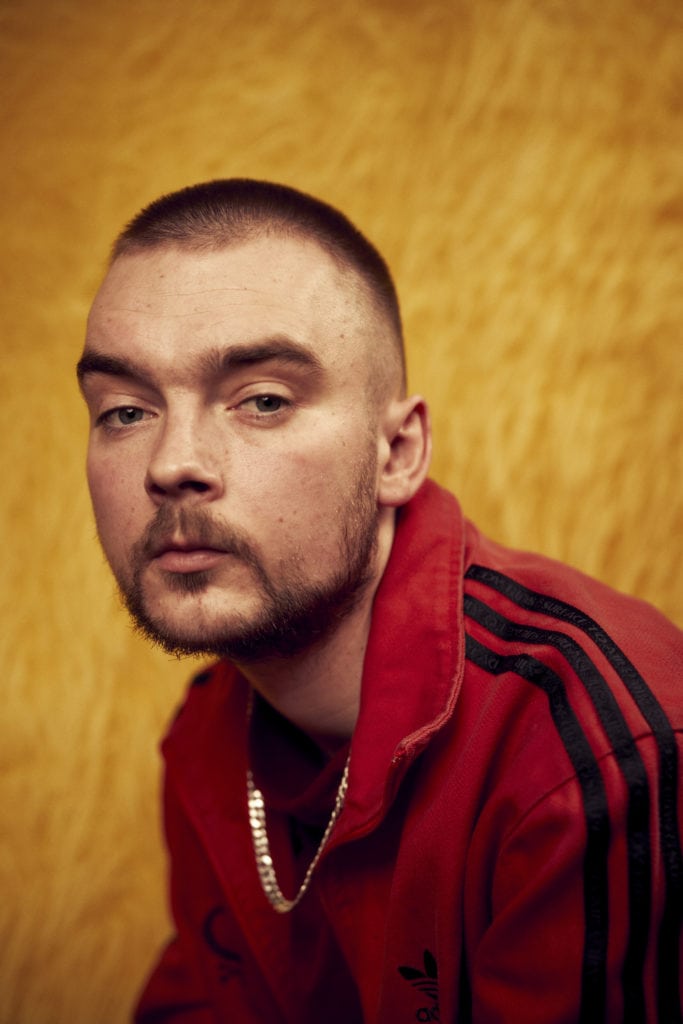 I remember being in a pub once and I was introduced as a garage MC to my mate’s girlfriend. I quickly said ‘no I’m not’, and from that point onwards I knew I wanted to become more than just an MC. Slowly house really became my thing.

When did you start mastering your unique sound and lyricism?

When I went to Brit School I started to meet people from all walks of life, everyone was putting people onto different types of music. I met Archie Marshall [King Krule] and a load of other people who were all looking out for different music. I realised you didn’t have to be a certain way to listen and enjoy a type of music.

From that point onwards I knew I wanted to become more than just an MC. Slowly house really became my thing

I was always writing bars and then one night Archie gave me a beat and recorded my bars. He then just made it into a song in front of my eyes. I thought it was amazing – from there you could say I caught the bug. I always felt like I could communicate my emotions and say more than what most music I was listening to was saying.

Your ‘Midnight Moods’ mixtape was release on April 24th, how does it feel getting this music out to public finally?

It has given me confidence going forward, it’s been played by the likes of Annie Mac, Gilles Peterson and been really well received all round. It’s a midnight mood so it has this post-rave and vulnerable feeling to it. It’s nice for some of these tunes to finally be out there for the public to enjoy on different formats. Tracks like ‘Fresher’ I f***ing love; it’s great to get it out into the public realm. I feel like these tracks are finally getting what they deserve. 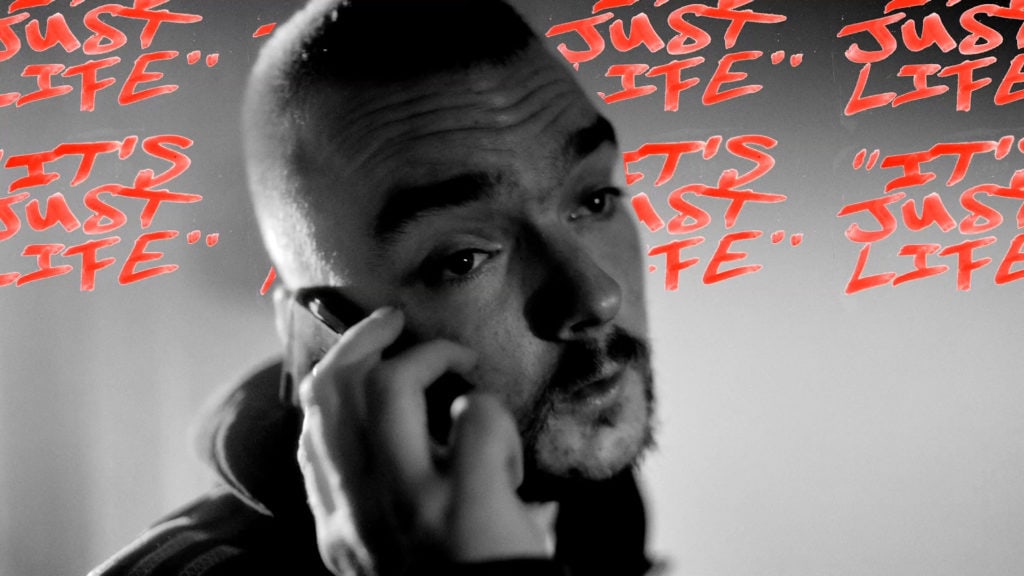 You’ve lived in Peckham your whole life. What’s it been like growing up in an ever-gentrifying area?

As I’ve grown older I realised there is absolutely nothing you can do. There are a lot of things I don’t like about it, but that’s life. Last year I did a street party, it was the only time I’ve ever actually seen people from different places and walks of life all in one place having fun. We had ‘Chaos in the CBD’ and ‘DJ Boring’ playing whilst my neighbour across the road was bringing out about 20 litres of jollof rice.

Linking up with people like ‘Bradley Zero’ and ‘Rhythm Section’ has shown people that I’m not just some local MC. Peckham has a lot to offer musically.

And finally, how has lockdown been treating you Pinty?

I was working before to fund myself to be able to make music, so now I don’t have to work I’m doing what I’ve been meaning to do for the past three years. Literally just before lockdown, I made a home studio. I got Ableton and a Mac and made it all proper. The timing has been mad. This period has given me some time to focus on making new music as well. I’m focussing on the melodic side of my voice more but still in the same style.

But in all seriousness, when I heard the news that TY had died, that really did hit home. He was just a young rapper like me just trying to do his thing. I was recording in my studio when I got the news and had to just stop what I was doing and really take it in.

After putting out an open call with the theme of ‘Hope’, whynow contributor Eva Clifford received over 100 submissions from around the world. Here, we’ll be showcasing a selection of photographers who took part in the initiative, and sharing their personal reasons for hope. 5 MINS  /  3 days ago
See More