To some, street skating is destructive and chancy. But for many more, it is an alternative form of natural expression that celebrates and complements the original intention of the architect’s design. 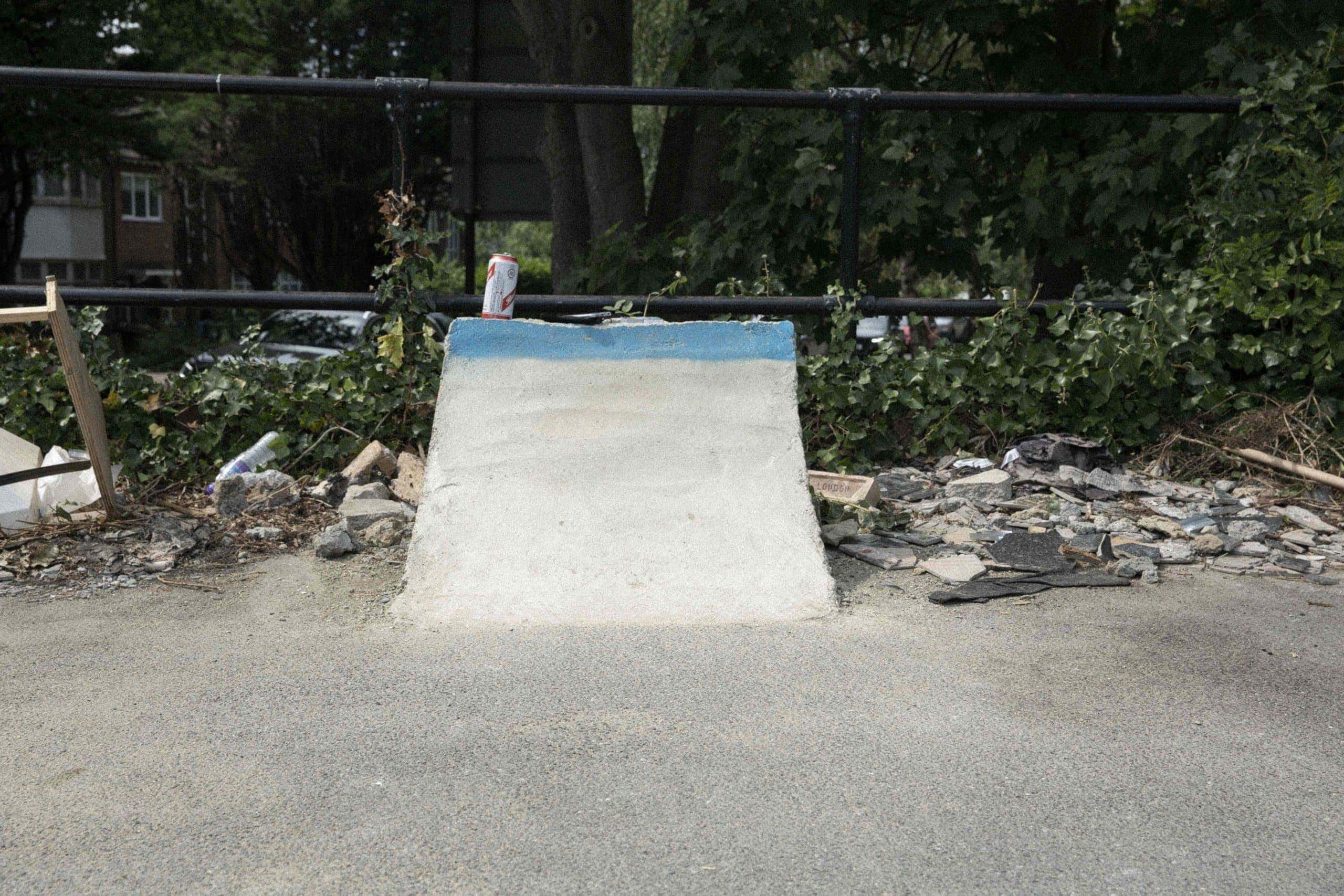 London is known as one of the most problematic yet rewarding cities to skate in, from Brutalist landmarks to self-governed spaces each borough offers a plethora of historical and contemporary obstacles.

To some, street skating is destructive and chancy, but for many, it is an alternative form of natural expression that celebrates and compliments the architects original intention for design. As street skating continues to become more normalized, new spaces and landmarks are appearing around London – creating zones of artistic and anarchistic purpose.

I took a tour around the city with my photographer, arriving at the classic spots, and also uncovering some of the new, wild, and rebellious D-I-Y skate spaces that emerging in the Big Smoke.

We are Poetic Terrorists.

Before presenting these concrete skate meccas it’s imperative to recognise why street skating is art and not vandalism. You have probably seen countless viral videos of skateboarders being chased by private security and even attacked by the public for existing in these spaces.

They are seen as criminals involved in a destructive act. But once you look at this differently, aside from the rule and order in our city, street skating can be seen as a poetic and entirely constructive act that creates iconic moments in time that will outlive the memory of the landmark.

Step in Peter Lambourn Wilson, a radical 20th Century Philosopher known for his studies in anarchism and utopias. In his famed book ‘T.A.Z The Temporary Autonomous Zone’ published in 1991 – a radial linguistic exploration that describes the sociopolitical tactic of creating temporary spaces that elude formal structures of control – Lambourn realised that ‘insubordinate’ acts such a graffiti, street art, protest and skateboarding are all forms of what he calls Poet Terrorism. He says:

‘Poetic Terrorism is an act in Theatre of Cruelty which has no stage, no rows of seats, no tickets and no walls. In order to work at all, Poetic terrorism must be categorically be divorced from all conventional structures for art consumption (galleries, publications, media).’ 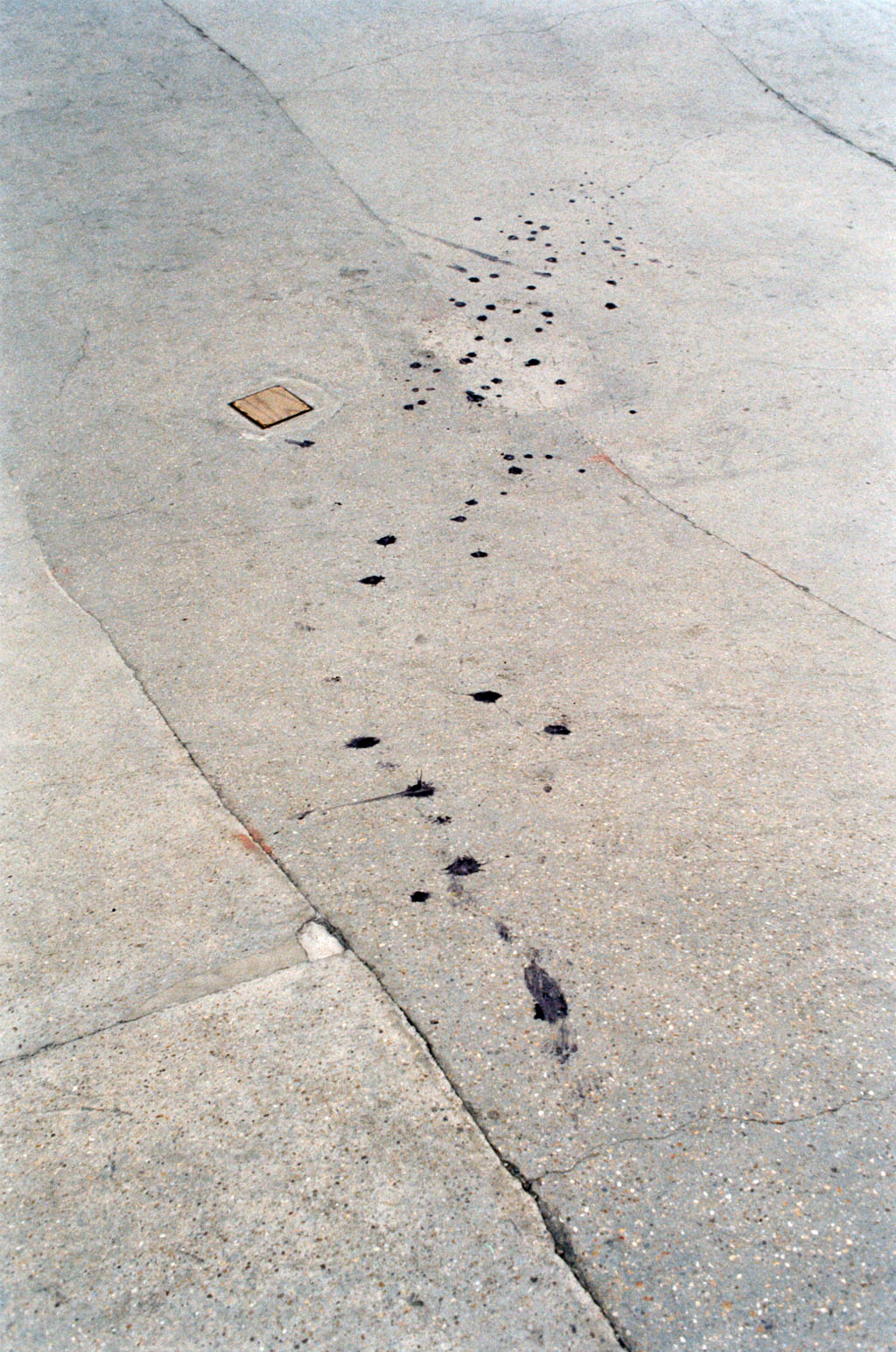 Since 1991, though, opinions have become slightly less conservative towards these acts of Poetic Terrorism, Banksy’s throw ups became hot property in the ever confused art market and street skating has become the poster boy for fashion. But these moments are just temporary mainstream affairs, whilst right now in every city someone is throwing up a tag or launching themselves down a set of stairs on a skateboard.

Street spots as a canvas for creativity

After speaking to the skate community to find out about the most iconic street spots we soon had a long list of locations to visit from Kensington Town Hall to Euston train station. First we stopped off at Kensington Town Hall, a beautiful example of 1970’s British brutalism designed by Sir Basil Spence. With similarities to the Barbican estate the brown bricks create sharp, dramatic angles ideal for street skating, featured in endless skate videos the steep banks create a challenge for the most advanced of skateboarder. With obviously no intention Sir Basil Spence designed a space made for skateboarding, an accidental dual multipurpose zone that allows for one to become a genuine Poetic Terrorist. 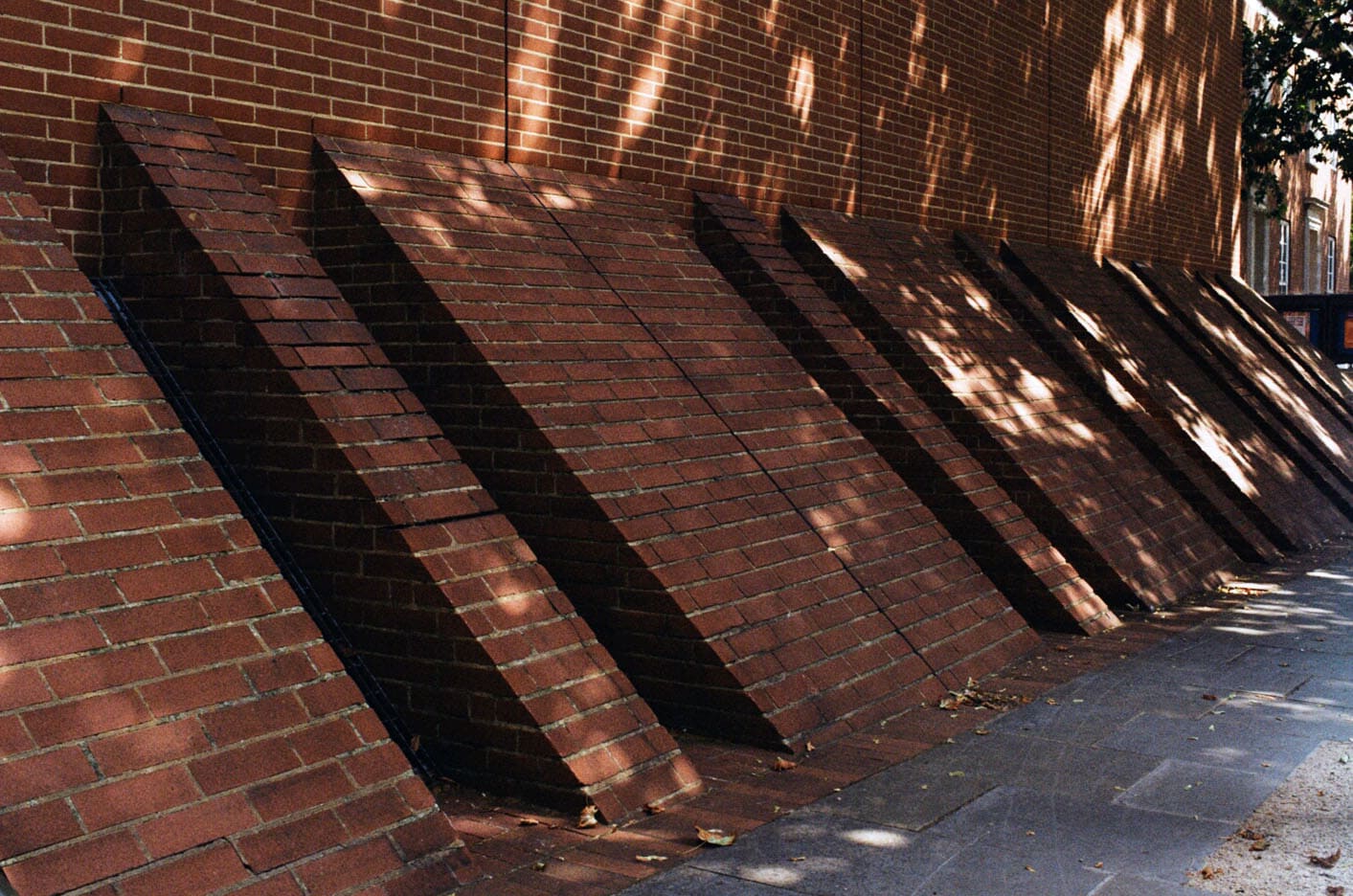 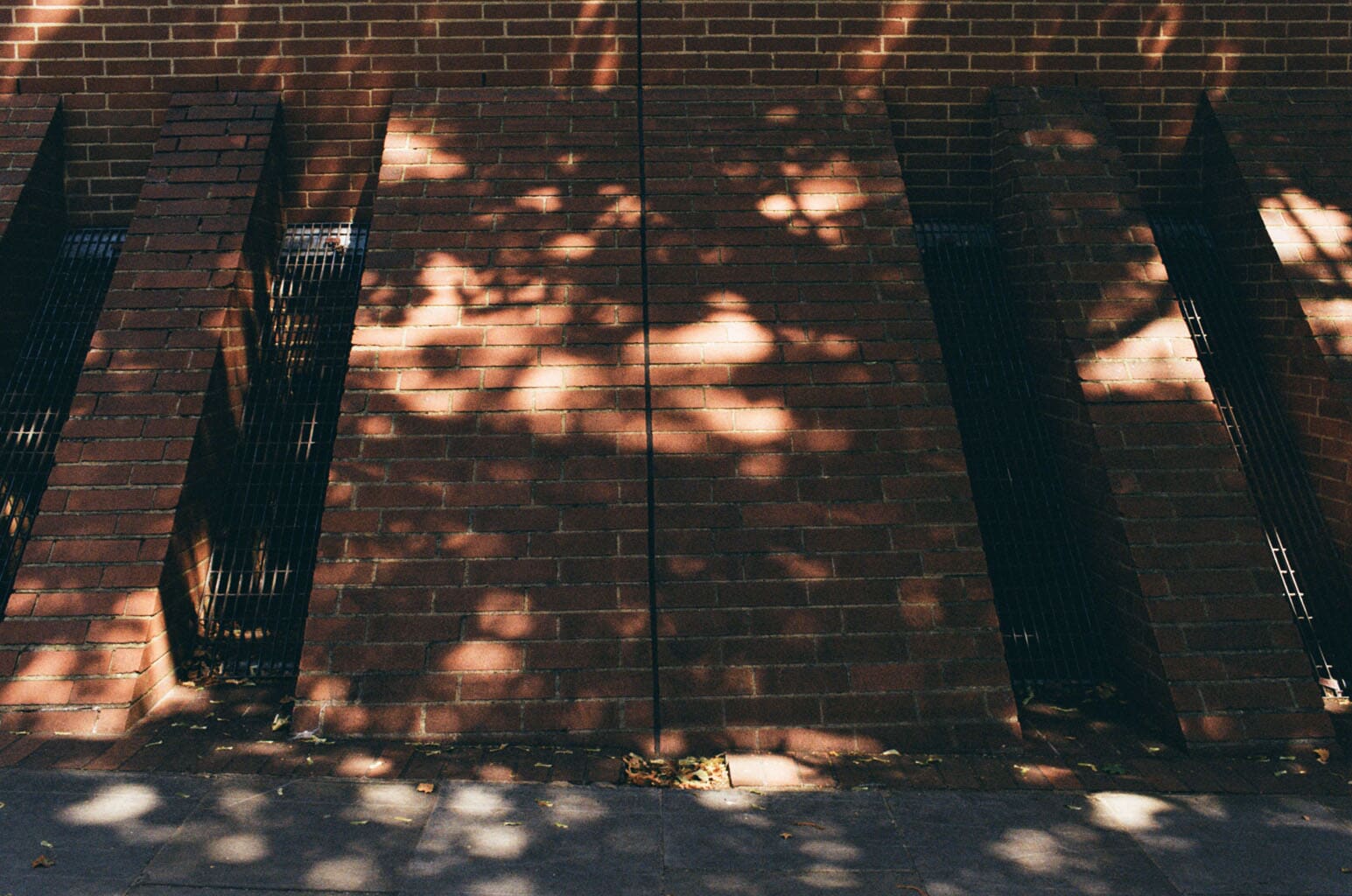 English architectural historian, Iain Borden (UCL, Professor of Architecture and Urban Culture) notably remarked upon that fact that street skating needs to stop being considered child’s play but more so considered as a significant unique contribution to urban culture over the past 40 years. The next spot at Euston station couldn’t be further from child’s play, a sheer glazed black marble bank renowned for taking many a victim to injury. Situated on a bustling high road, this is a proving ground for the most technical of skaters but also similarly for their photographer. With often very little time to skate due to high levels of security patrolling the area this spot is quintessentially London. 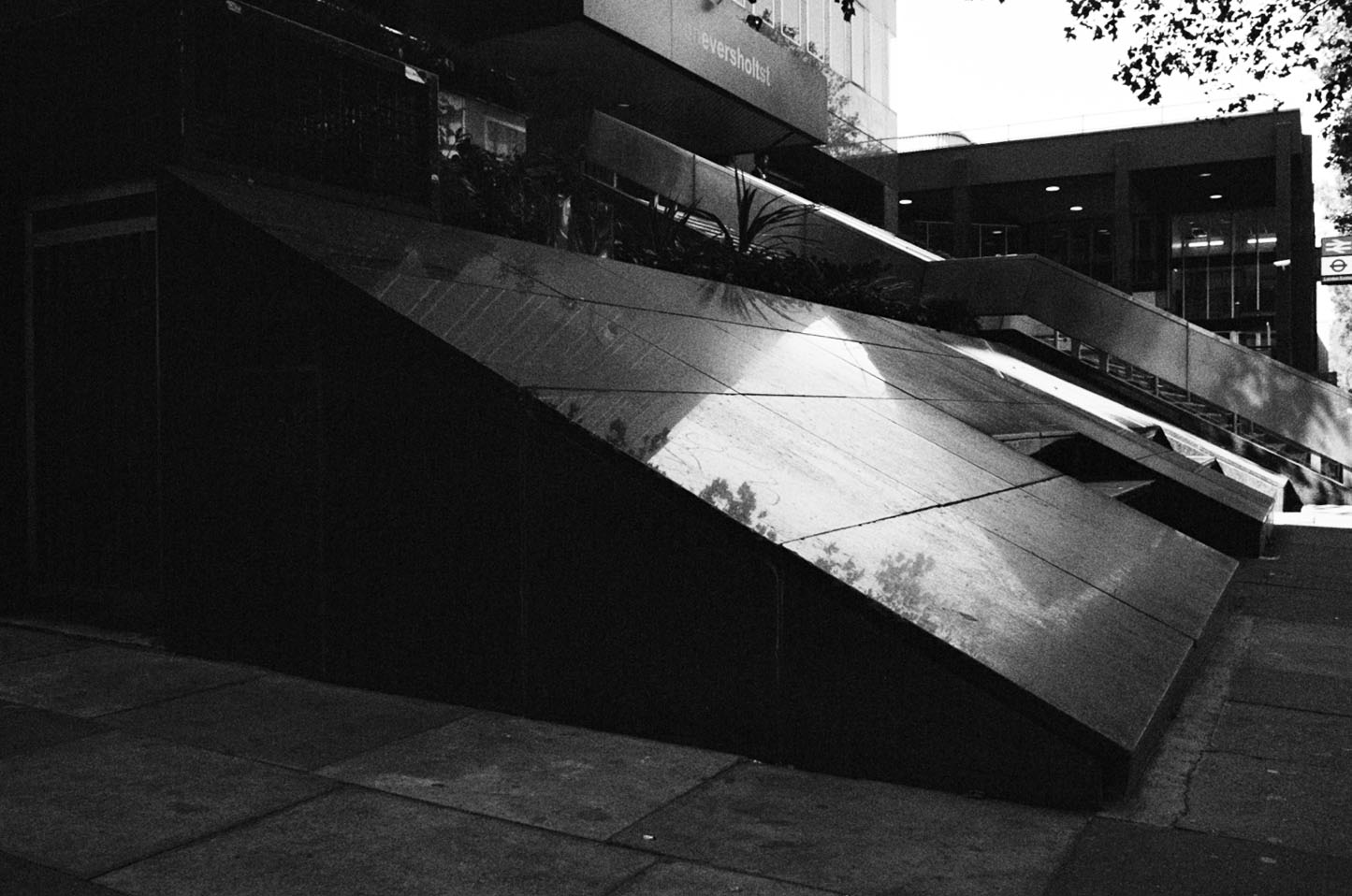 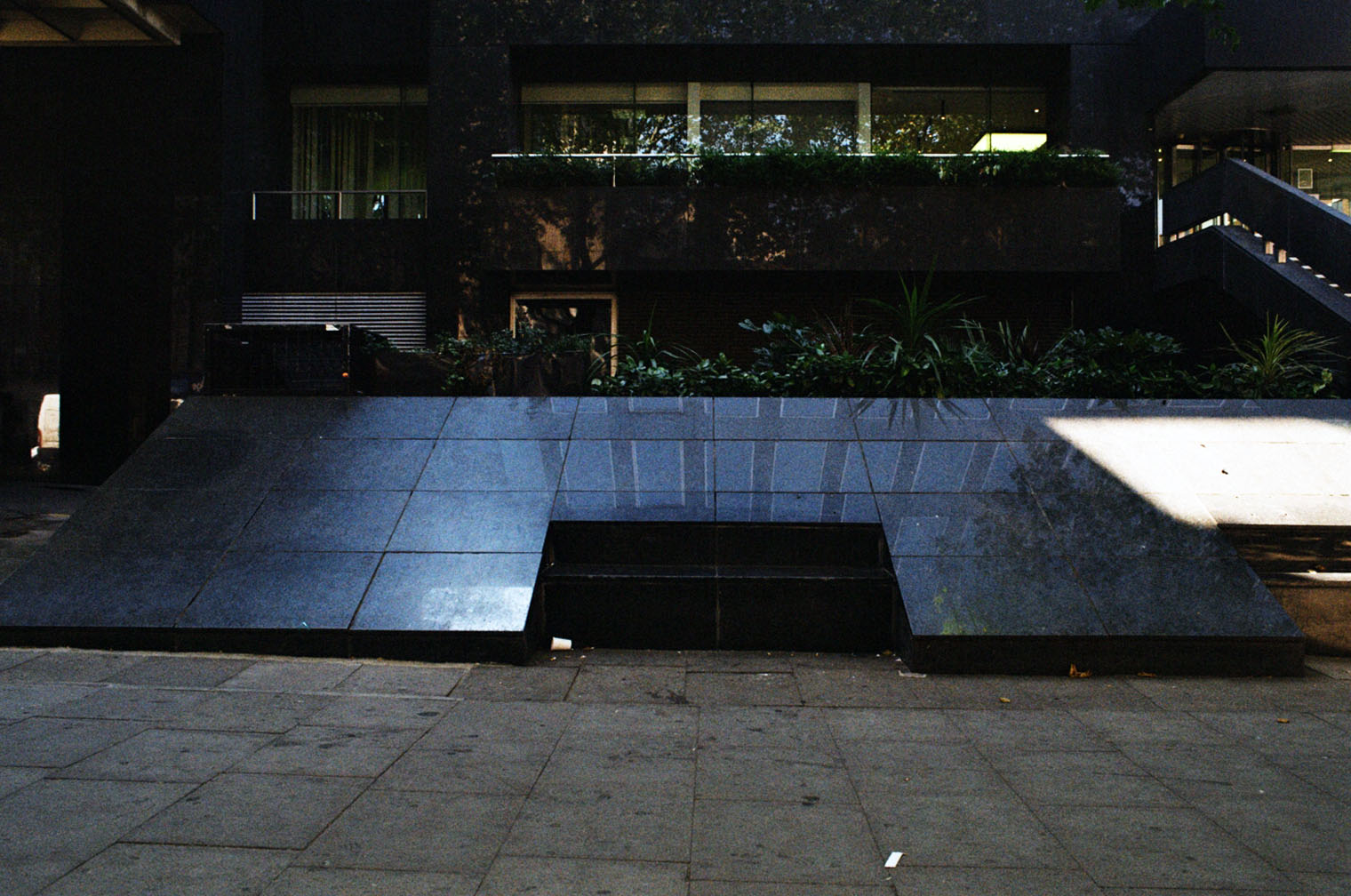 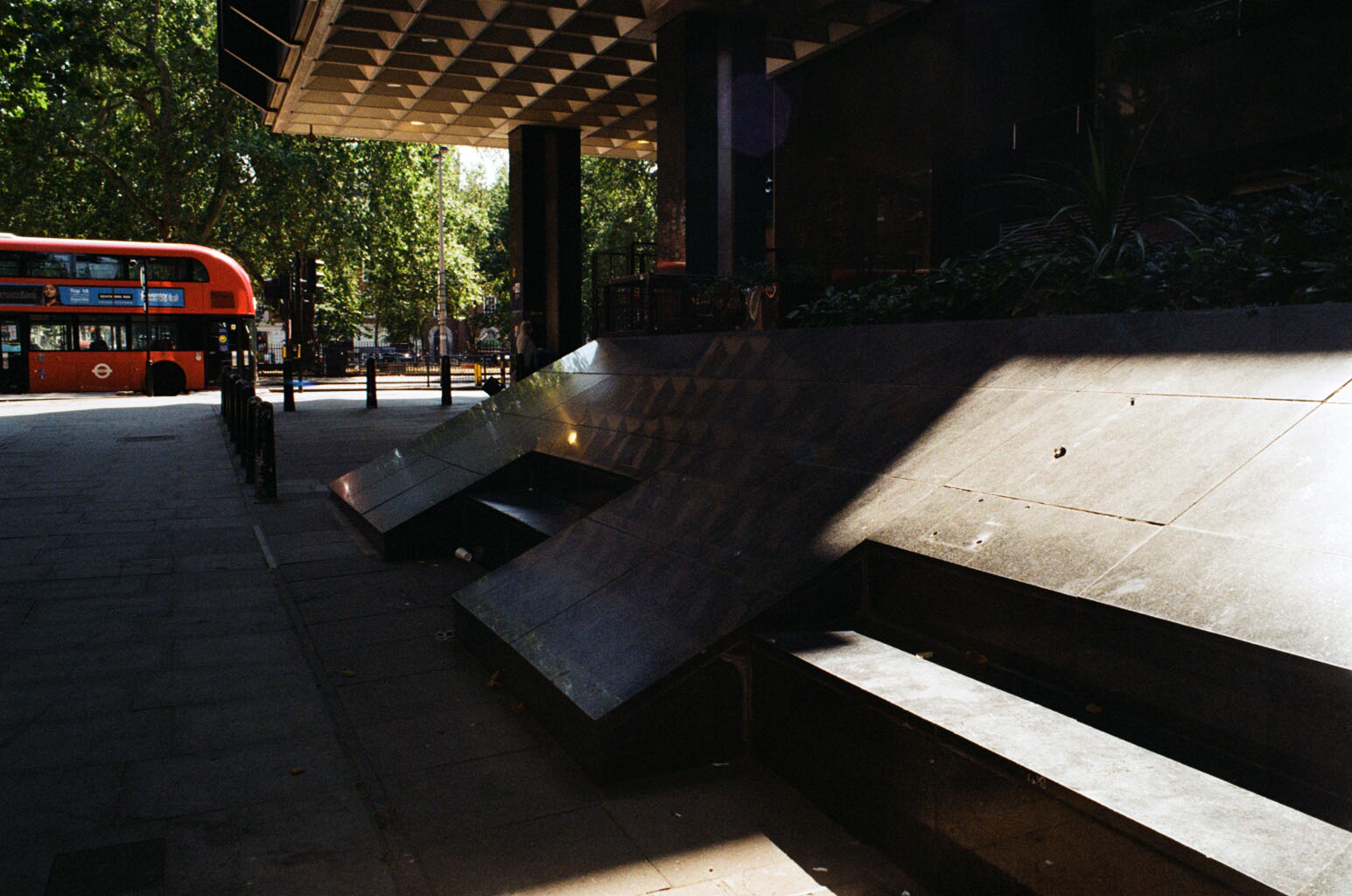 Choosing your spot to skate requires more than just Google Maps; you need time and preparation on your side. Selecting what trick will work requires true artistic intention and the execution relies on skill, technical ability and in some cases, sheer luck. We continued on our concrete odyssey stopping off at the infamous ‘London Bridge 10 stair’ and ‘Pimlico double stairs’, where I spoke to Charlie – a semi-professional skateboarder at the 10 stair – to see the process behind the trick. 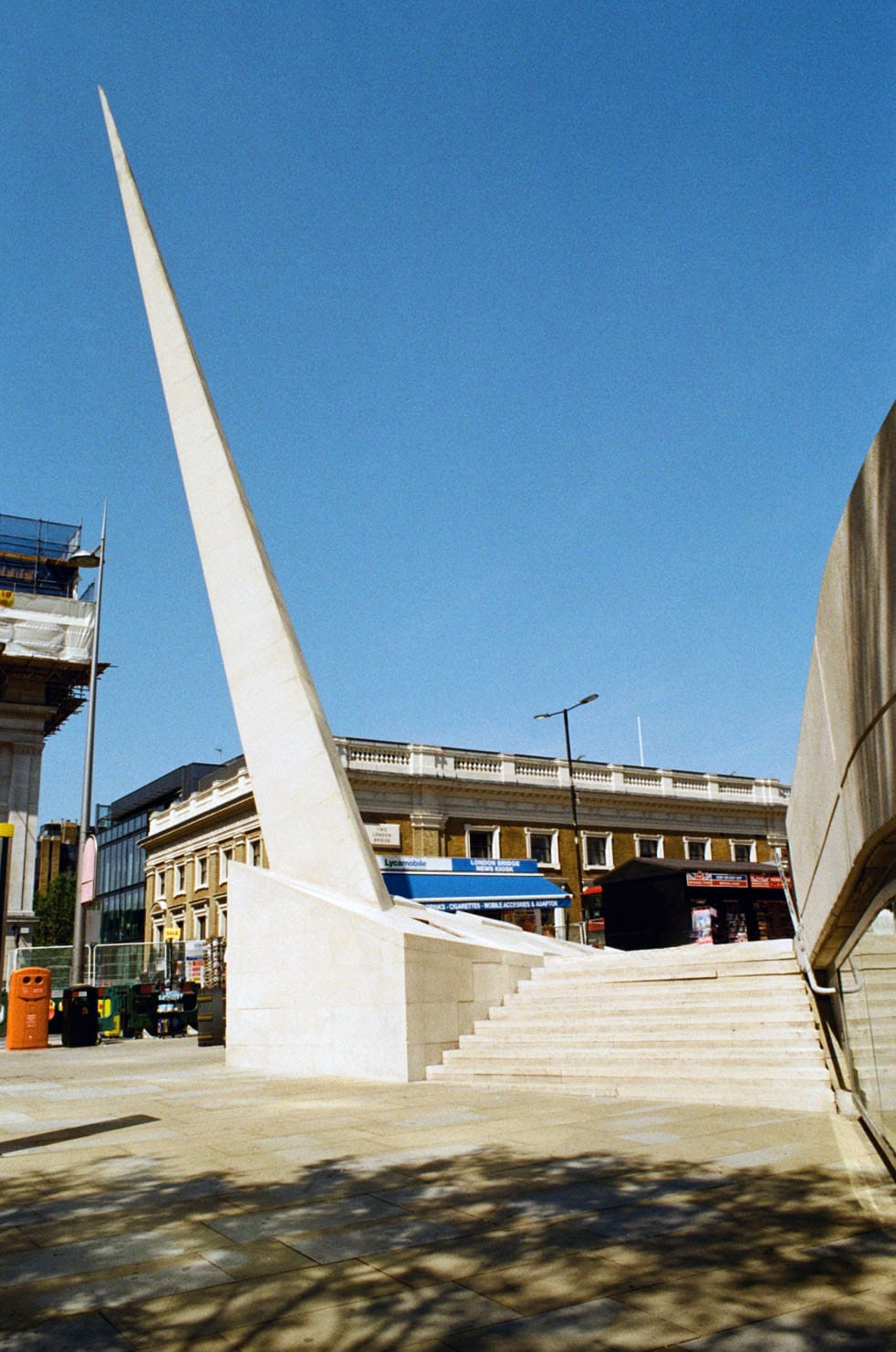 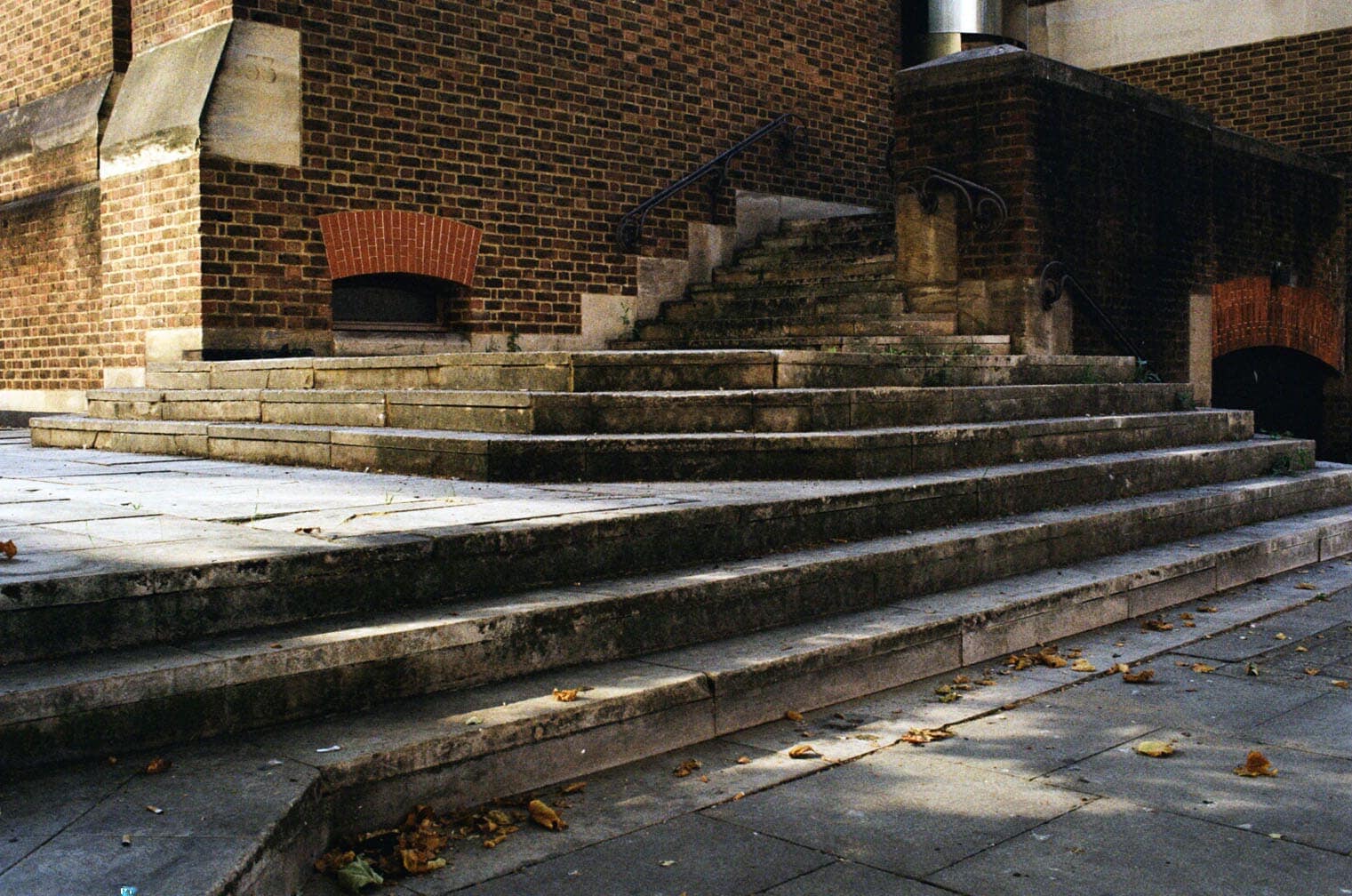 “This is the third time I have come here this week; it’s been blood sweat and tears. I still haven’t got my head round this spot; the pressure is so intense here as the footfall is so high. You end up becoming a  bit of  street performance of pain, it’s a bit gnarly but I just want to get this trick so bad. The way the stairs look on camera make it look really dramatic and towering, I’m going to get it one day soon for sure”.

Whilst some art requires some form of previous emotional pain or trauma street skating combines more physical pain that most other forms, a true sacrifice made by the Poet Terrorist.

In 2014 Time Magazine published an article ‘DIY Skateparks: A global Architecture of Rebellion’, a piece devoted to hand made skate spots often built with no permission for the land owners in previously ugly wastelands. This expressive form of skateboard architecture relies less on what was previously built and decides to build from bottom up. D.I.Y spots come and go, they are temporary in nature. Many are shut down by the police or destroyed mid-construction. These spaces transform from barren tips to new alien landscapes, the spaces take on new shapes and sizes as they expand and contract like living organisms. Their beauty raw and rugged can be appreciated by anyone lucky enough to stumble across them.

With our ear to the ground we checked out the latest success stories in the D.I.Y scene, Hackney Bumps and The Grove in Dulwich. Hackney Bumps consists of, well, you guessed it: a load of huge smooth concrete bumps, like something out of a 1950s sci-fi movie set. Recently renovated through a GoFundMe community project, the space is an example of the simple beauty behind these projects. With the blessing of the council, Hackney Bumps is here to stay, and if you are local to London it is a  must visit place on a sunny weekend. 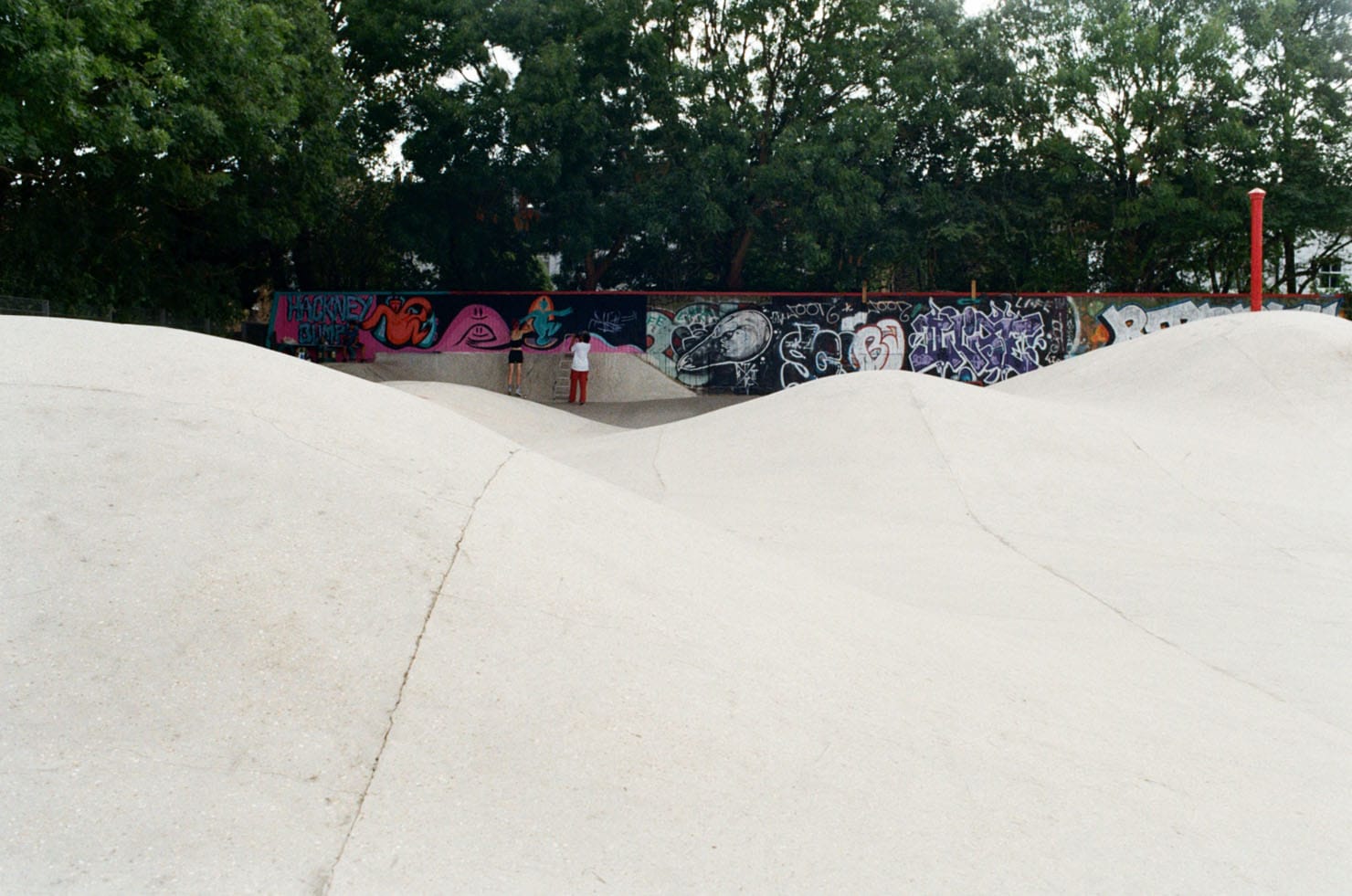 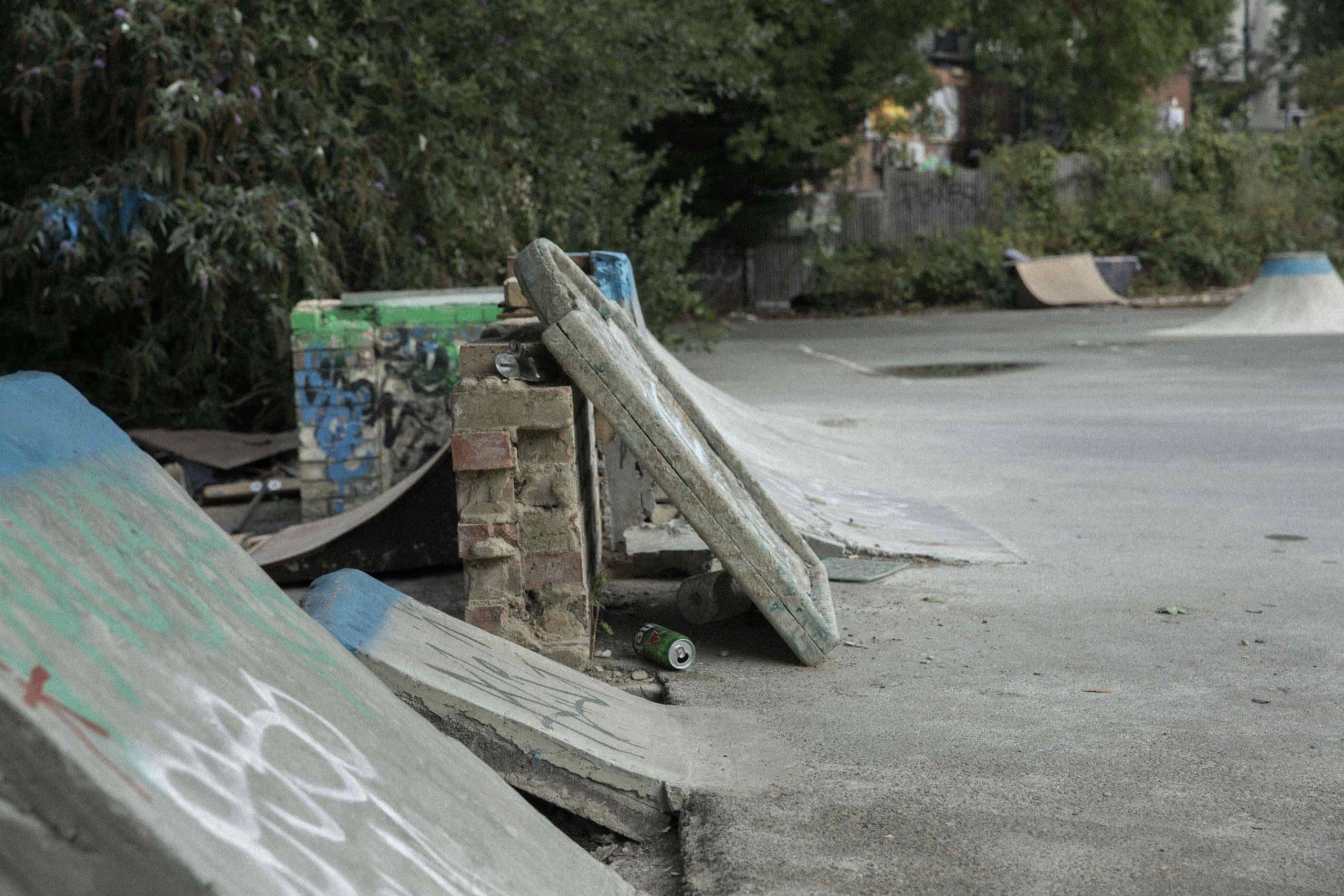 The Grove, on the other hand, is a dust ridden work in progress, an abandoned Harvester pub car park turned D.I.Y haven located in Dulwich. The space is being constantly added to through the upcycling of city waste, with scaffolding used to make grindable ledges and gas canisters repurposed as launch ramps. The space is transformative and a true expression of creative resourcefulness. Although The Grove is still very much on the council’s black book each day new skaters arrive to express themselves amongst the quirky fetishes left around the carpark. One never truly knows the longevity of a spot like this but this will never stop the arrival of new obstacles. 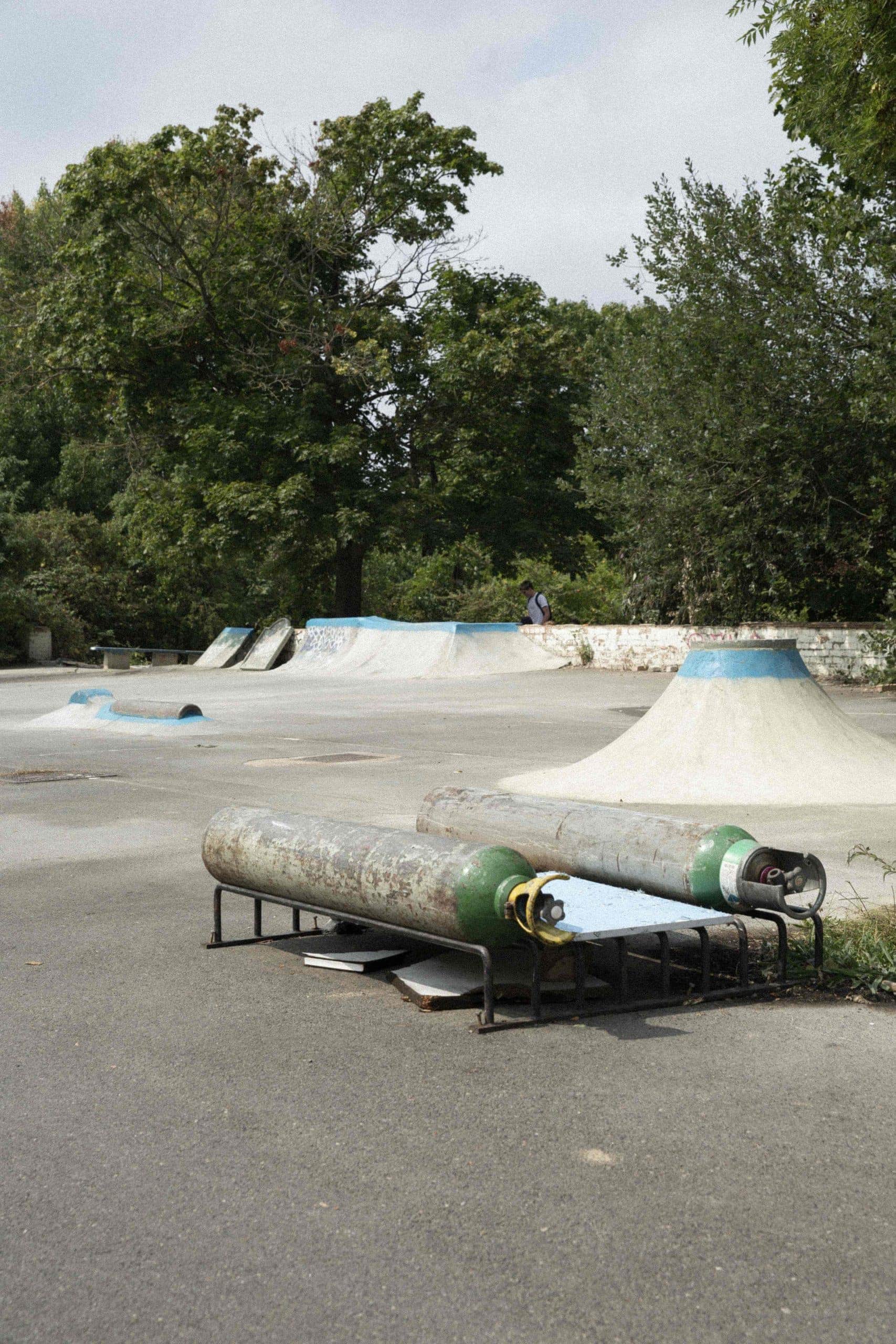 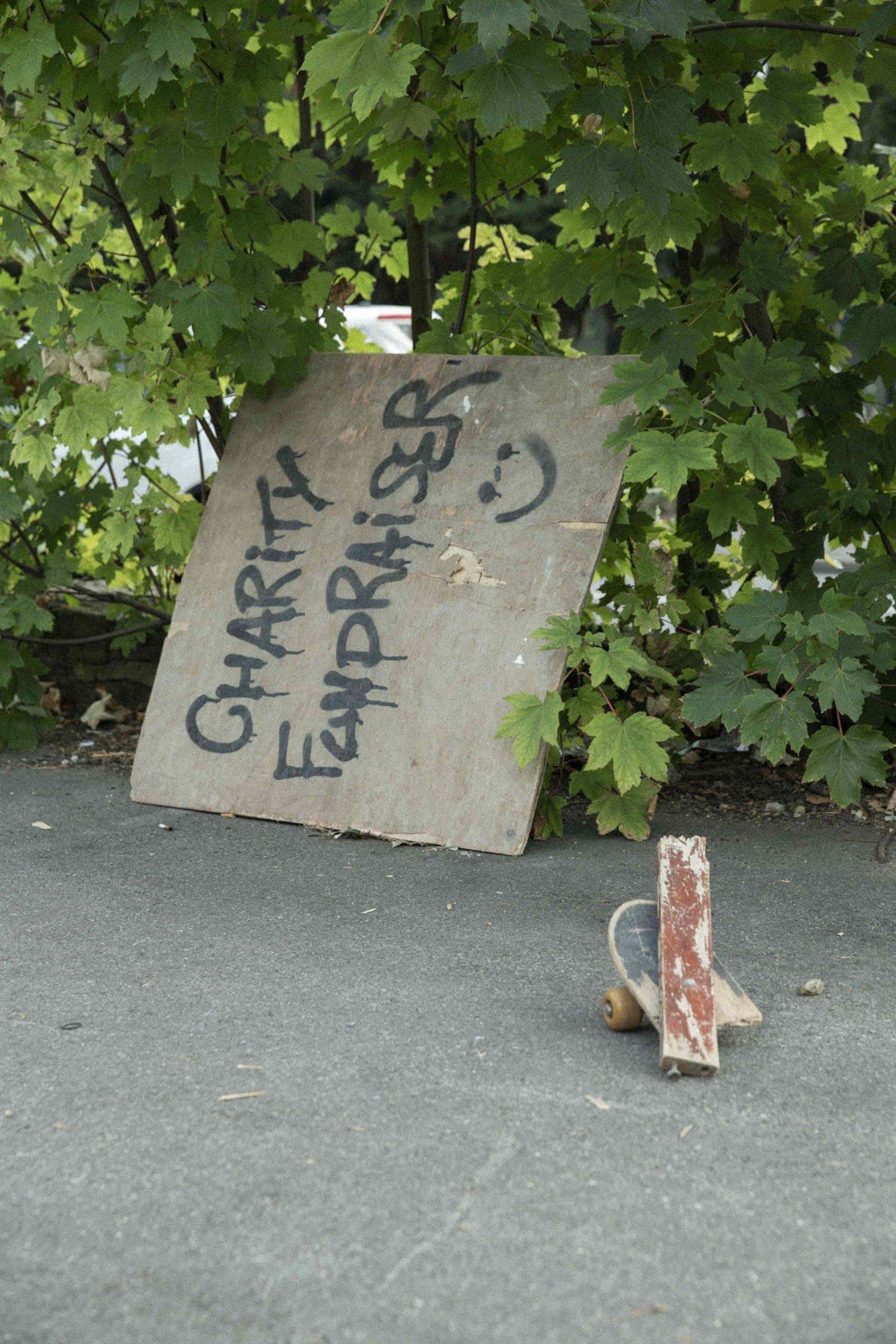 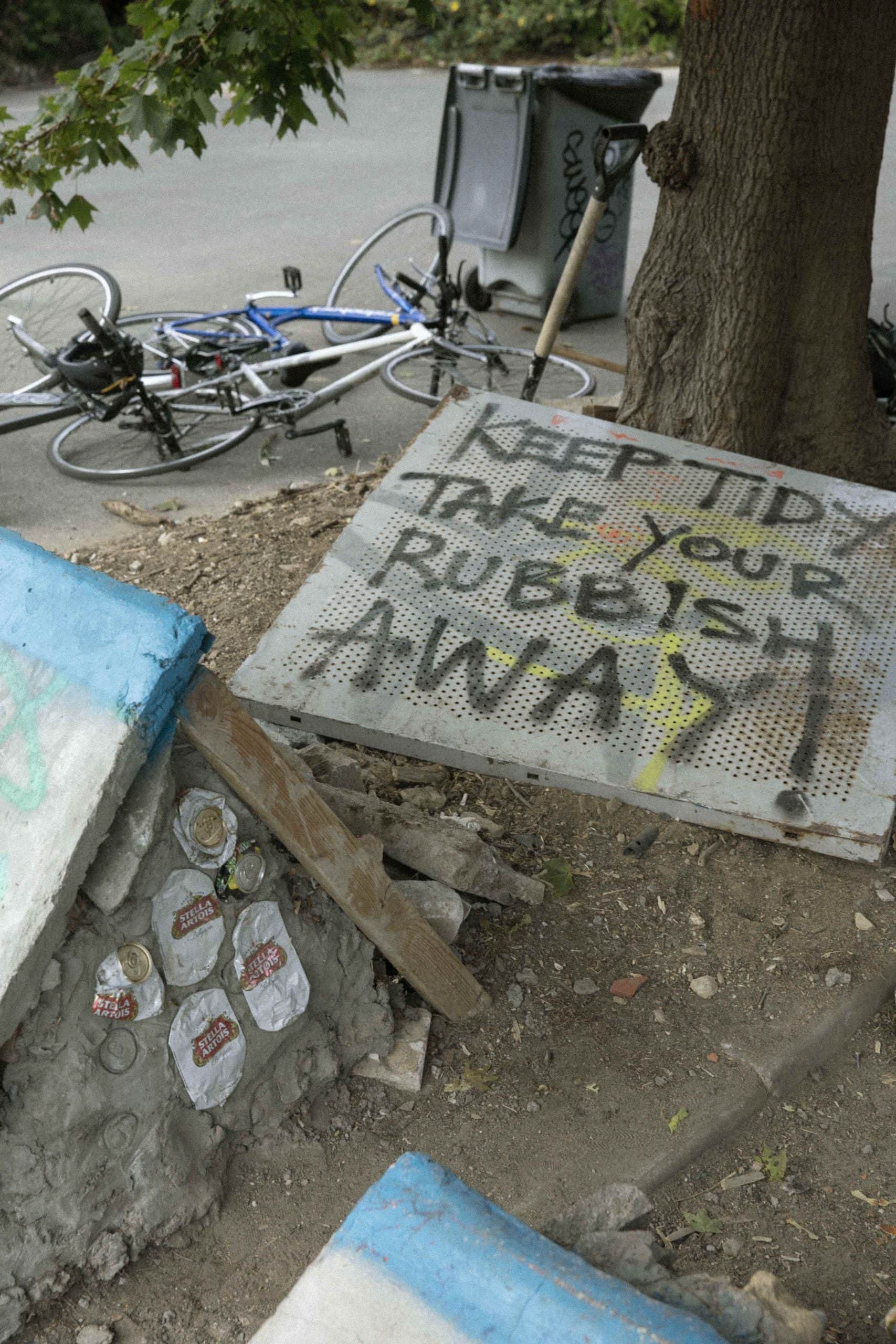 Street skating in London – although at times problematic – shows the ever strengthening relationship between architecture and the modern day skateboarder. Often frowned upon by the masses I hope that there is an attitudinal fix to come and that the skateboarder becomes truly admired by their poetic traits within these landscapes. In the words of Peter Lambourn Wilson:

“Dress up. Leave a false name. Be legendary. The best Poetic Terrorist is against the law, but don’t get caught. Art as crime; crime as art”. 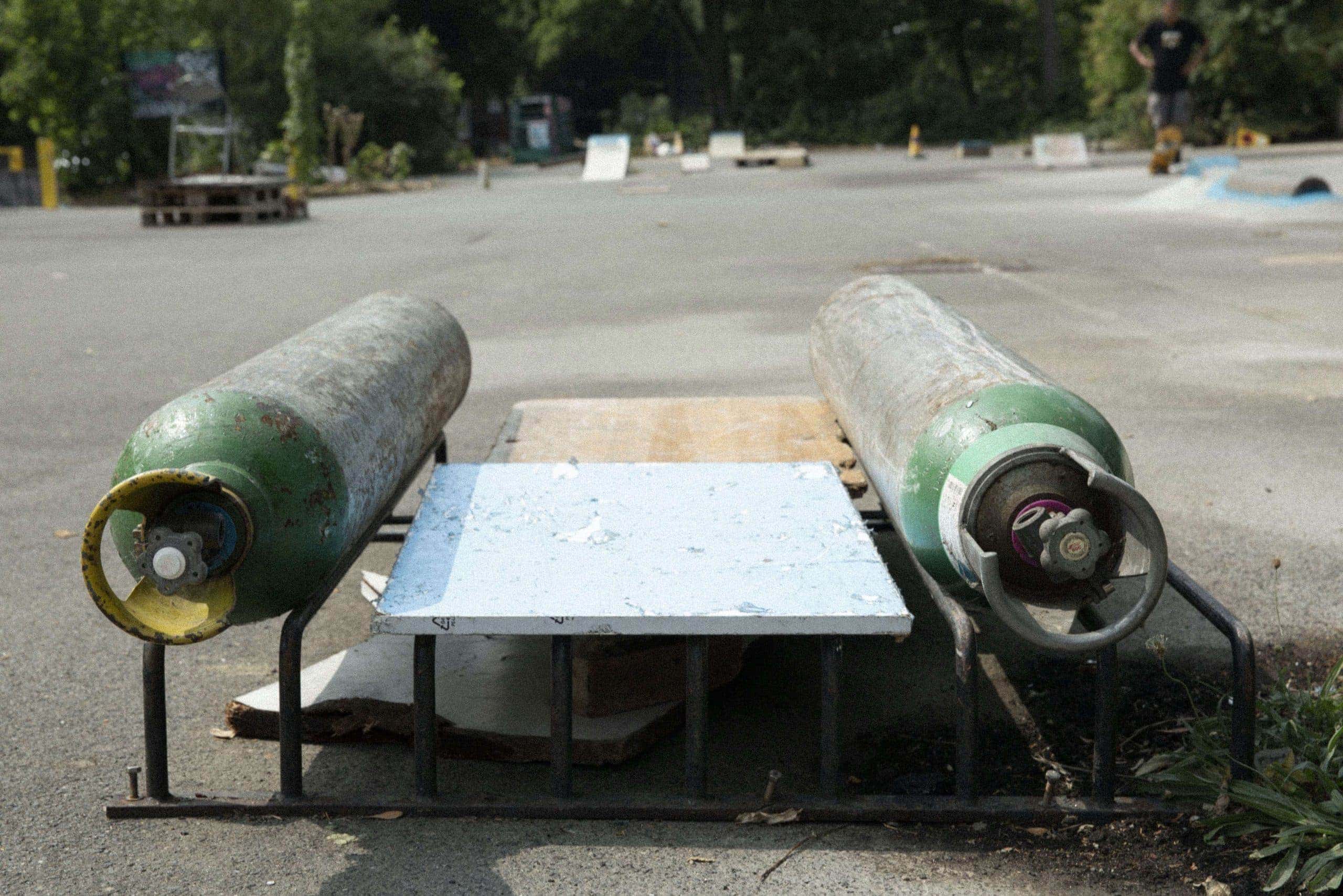 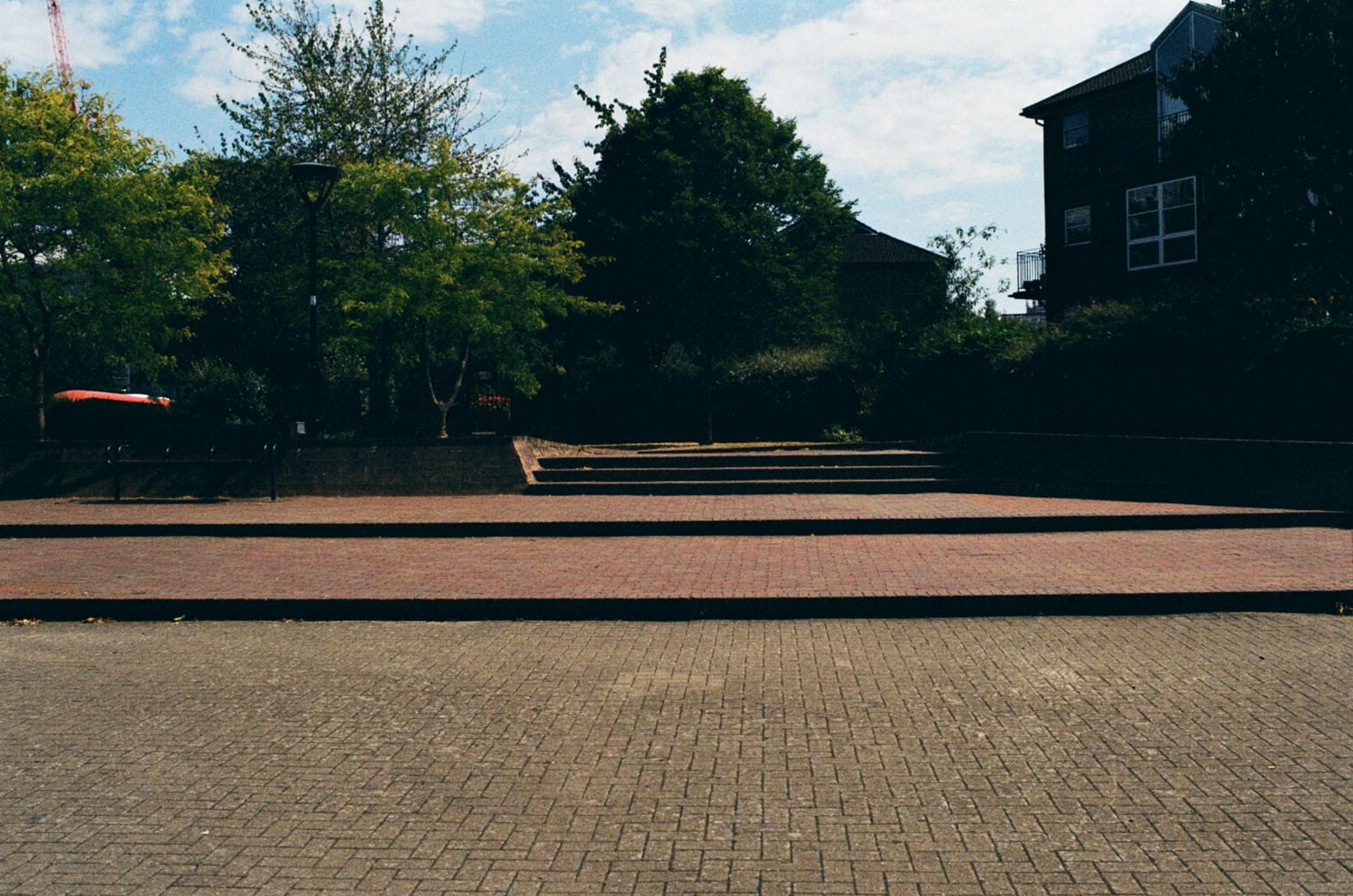 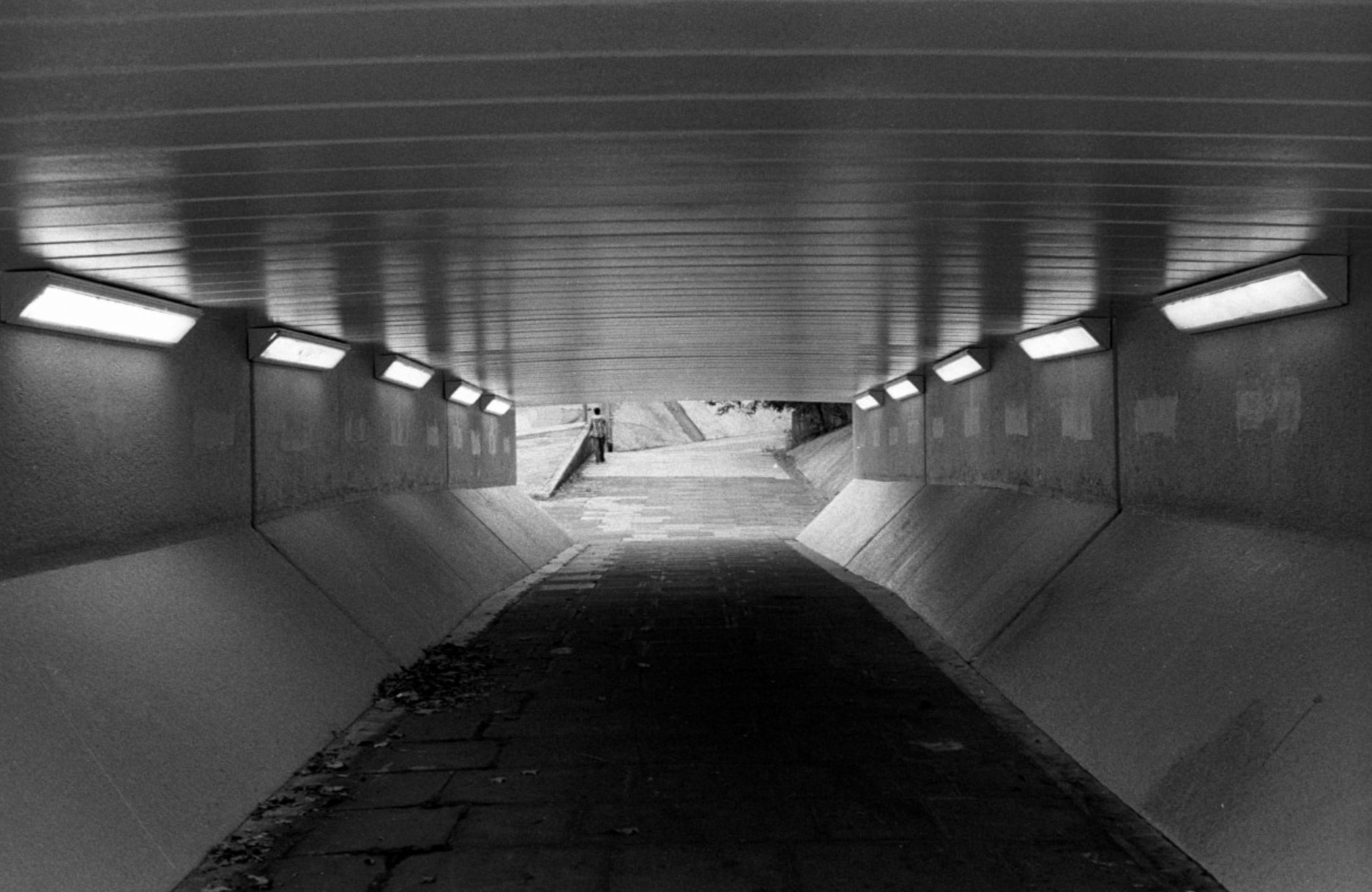 Burning All Illusions: Trouble in the banlieues with La Haine and Les Misérables

25 years after its original release, La Haine arrives in cinemas again alongside Les Misérables. The two films take us down and out in Paris’ banlieues; here, tension simmers under stagnant politics, and cameras are ever-trained on the brutal face of inequality. 5 MINS  /  2 hours ago
See More