Stefananos was a Greek man / Notes from the Aegean - whynow 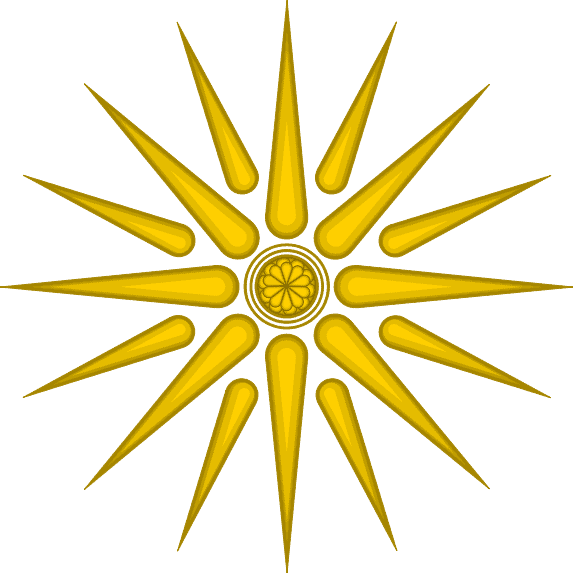 There were plenty of bars on Lambi Beach’s stretching promenade, each with their share of shore and an undisturbed view of the enthusiastic Aegean Sea. The landscape had long made the spot a place for sunburnt tourists, Kos’ lifelong residents opting to fraternise at the cheaper, inland bars. The advertising there came fairly unambiguously: WE SERVE COCKTAILS and ENGLISH MENUS plastered in bold and lurid typefaces on A1 signs. All along the promenade this happened, and there were few discernible differences but for Stefanos’ Bar.

Stefanos was a Greek man. He had strong broad shoulders, dark, leathery skin and hair severely slicked back with grease. His eyes boasted little colour but seemed alluring in a more complex way, as if all the difficult choices he made had laid to rest there. He didn’t stand tall but he stood strong. And rightfully so, Stefanos had come from a large family with a rich supply of siblings and assumed siblings. Their life was full of tradition and admiration of the island, to not eat souvlaki and kebabs came seldomly, holidays were spent on the other side of the island, near Agios Stefanos Beach. That was his name! He liked that.

But Stefanos stayed. He felt the island had everything he needed for a modest family.

In the 90s, when most of them reached the age of realising the dreams they had devised, they left one-by-one. Some to the even bolder and more lurid islands; others to London to open restaurants catering to the rising population of businessmen and yups; a couple off without the luxury of plans and only the desire for riches.

But Stefanos stayed. He felt the island had everything he needed for a modest family. Plus he loved it there, he had grown up there, he had made who he was there and he felt the island deserved to see who he became. And because of that, it felt as if everything at his bar seemed to work harder; the sea deeper, more blue and clear, without fear at the bottom; the sand cleaner and fine; The Sex on the Beach kitsch in a humurous and ironic sort of way.

When Jasper and I first arrived the promenade had come across difficulties. Each bar was sparsely populated, and some were closed signalled by withered signs. We were there on a holiday, late in the year, October, an attempt to escape London’s rising infection rates and surly weather. It was long overdue, and we wanted a drink.

Stefanos Bar stood out to us. While we were accosted when passing others, Stefanos remained silent but kept a warm eye contact. A smile, a fondness. You could tell it was his bar. He stood on that ground like he owned it. Jasper liked that. The silent man, Jasper always liked the silent man. He went over and said ‘alright?’

It was a brilliant energy, jovial but assuming, slightly intimidating in more ways than one but irresistibly convincing.

‘Big fella. You want cocktail? Beer? Food? Sunbeds, are free. For you!

It was a brilliant energy, jovial but assuming, slightly intimidating in more ways than one but irresistibly convincing. Having agreed, he walked us into the decking entrance past strewn dining tables and down to some sunbeds just a few steps away from the sea, the wash only ever so slightly not reaching our toes. The sun pushed its heat against the sea, its glitter so fierce squinting was an obliged necessity. I gave in and shut my eyes and felt my face feel warmer than it had in awhile. I could feel the heat seep through my blood and into my bones. The sun was there, the sea was there, and we were there, all doing our job. We took a sunbed each.

‘Mythos’, Stefanos shook his head. He looked displeased, which I didn’t like. There was something about his being that made me want to please him. Fatherly, maybe; maybe I wanted him to be my father?  ‘Everytime, people say Mythos. Why? Mythos no good. You want a good beer? A Greek man’s beer!’, Stefanos made a fist and planted his right foot forward, ‘MAMOS!’

I had only seen the foolish say no to offers delivered with such patriotic weight, so I didn’t. Mamos, yes, sounds grand, I thought and nodded joyfully. As Stefanos walked away, Jasper looked at me and said, ‘hear that.’ He had a truly demented smile. ‘Big. Fella.’

I stood to look at the sea. Pure blue.

I stood to look at the sea. Pure blue. As I began to tread I thought the water felt immensely thick. Thicker than any water I had ever been in. A pleasant thickness, though, I could describe it as honey-like but imagine how tiresome honey water would be. There wouldn’t be a market for honey water. Then I heard Jasper say ‘kinda weird, innit… being here.’

I guess it was weird. When sequestered to our homes, the weirdness of it all was true and engulfing. A sheer incapability to register an array of feelings. Death was a consideration, and as it comes death is usually nestled into fear. Fear of death. I was of course worried about my loved ones, myself, and the seven billion and more other people I had yet met. But also the fear of death was self-serving, in that I couldn’t stop thinking about when people would stop dying so I could enjoy a pint again. To have been placed here then, on this beach with this oddly thick honey water I would have thought Weird. I shouldn’t be here. I should be worrying about death. But now, so far removed, those inordinate and confused emotions now thawed and understood, I don’t think weird. I think Sweet, the sea – and beer! The least I deserve! But Jasper’s nan had died from the virus so I think that’s why he said that.

I turned around and said ‘I’m six three too, you know, Jasper.’ Sitting on the sunbed I looked at him right in the eye, ‘Six Three, Big Fella.’

Stefanos reappeared carrying three very full Mamos pints. The light behind refracted through them and turned into something different and more appealing. A pint’s light, glimmering and full of promise. Stefanos paired them with a small bowl of kalamata olives. He set them down on the table in between our sunbeds and again said MAMOS again making a fist. After handing us each a beer, he pulled a sunbed close and started to drink the third pint.

He asked us where we were from and what we were doing. Escaping the virus, surly weather, infection rates, this and that, yakety-yak. Jasper always spoke to strangers with a familiarity I found foreign. We asked him how he was doing, expecting a quotidian response. But Stefanos took a moment. His eyes seemed to get darker, and he dropped his shoulders and his head.

People had been coming in fewer numbers. Stefanos would serve six or seven people on a cheerful day, but he couldn’t raise the prices to make the difference. Those who did come wouldn’t pay it. Kos had infection numbers that wouldn’t shut a church in England and yet for many countries their borders had been closed, leaving the driving force of the economy without gas. Bars were shut, restaurants abandoned, dilapidated building sites defined the long roads that lead into Kos’ Old Town.

‘My friends, you drink’, Stefanos said, around two thirds through his pint. As he walked away he turned to look at us and pointed at this pint: ‘Better than mythos?’ We incandescently agreed.

After that Jasper and I spoke our usual guff; football and music, politics and Big Fellaisms, Stefanos and his bar. At the hotel the next day we decided to return to Stefanos’ despite our hotel’s offerings: free beer, an impressive pool and more food than even the most rapacious could stomach. It felt vital that we did, like a duty. And so we did the same the following two days too.

Each day would follow a similar routine, but with Stefanos becoming more loquacious each visit. On arrival we’d ask him how he’s doing and he’d say everyday, the same each time. It had become a joke. He spoke about his life and his bar, his family and how they all had left. He had kids now though, and a wife. The bar, he thought, wouldn’t be open next year. It felt like he was packing what he thought would be a lifetime of hosting into these conversations with us. To ask him to expand, something Jasper often did, came rarely. He stood tall and strong and spoke vehemently; remaining eye contact and with increasing volume as his point went on, and always without interruption. The sun, sea and countenance of the island, the beers and books I brought to read, the break from the virus, the temptation of free drinks and food, paled in comparison to his words. They felt more important.

On the flight home I found myself half-inebriated. We arrived at the airport early and managed to, mentally, physically and spiritually, find room for more Mythos. And as such my thoughts became more maudlin than I’d care to admit. Record highs in daily cases, a looming winter. Would that mean for my Nan? Was Jasper OK? Would the bars close? Again? Do I need a bedside table for my room? If I’m to be in there so often? What about dating? What about shagging? Will I shag again? Will I have to use Zoom again? Will I start drinking more? I’m glad I got away. When will this thing fucking end?

I thought, I read, I slept, I woke. And then we descended. I felt it in my stomach.

Wu-Tang Clan redefined hip hop when they started putting out music in the early 90s. With plenty of time to kill, Sammi Gale turns his attention to the kitschy kung fu films and niche religious ideology that inspired the music of a generation. 5 MINS  /  3 days ago
See More