In this time of self-imposed ostracism for the good of the realm, having ‘projects’ becomes less of an afterthought, and more of a requirement. My granddad is dutifully polishing each of his window panes, my brother is working through all the Hitchcock films, my nan through The Brothers Karamazov.

I thought I would try to watch the more than three hundred films on Roger Ebert’s ​Great Movies​ list.

Of those ~350 I’ve probably seen around fifty. These are your classic Pulp Fictions, and Scarfaces. I will hold back until a more advanced stage from ​re​watching names on the list – regardless of how much I want to – and attempt to give you, the discriminating reader, a thought or humble opinion on each of them. I hope you will forgive my zero effort in trying to describe the plot or characters of these films – if you want to see them, read about them.

It must be said that the genre of Bonnie and Clyde-type films where an obsessed-with-each-other couple escape their stifling realities to travel across the vastness of America has become a little tired for modern sensitivities. But when looked at as the first film in the career of the most enigmatic filmmaker around – the skill at work for a 27-year-old is astounding. 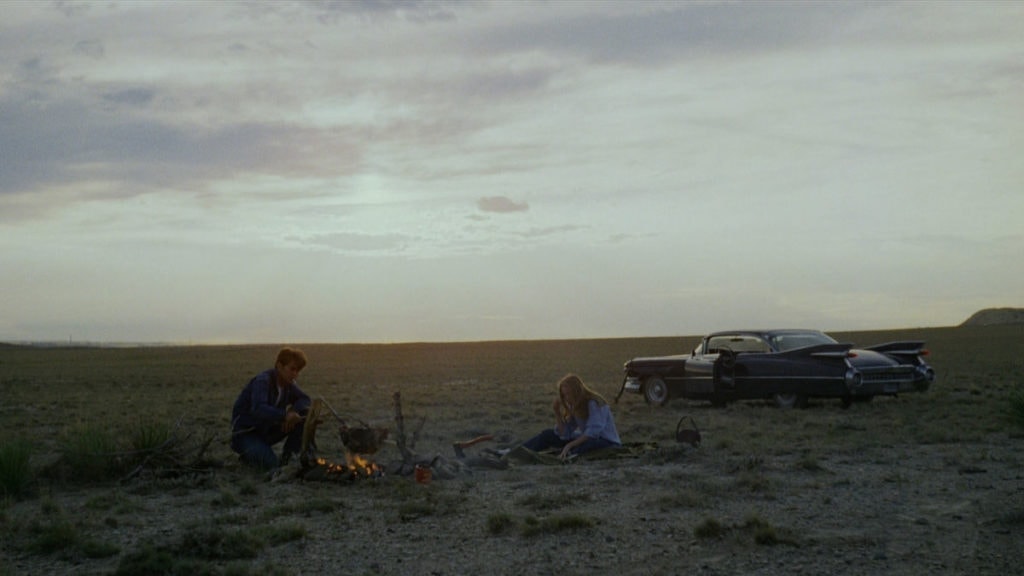 But the interesting part of this movie is that Malick makes no attempt to psychoanalyse Martin Sheen’s character, Kit, he is only what we see him do and say. The final scene, all the more striking as Malick now extremely rarely uses crowds or large groups of people, is fantastic, the policemen who have caught the likeable Kit (there are constant references through the film of his resemblance to James Dean) now wish him genuine good luck for the next stage of his criminal journey (i.e. his trial and likely execution). 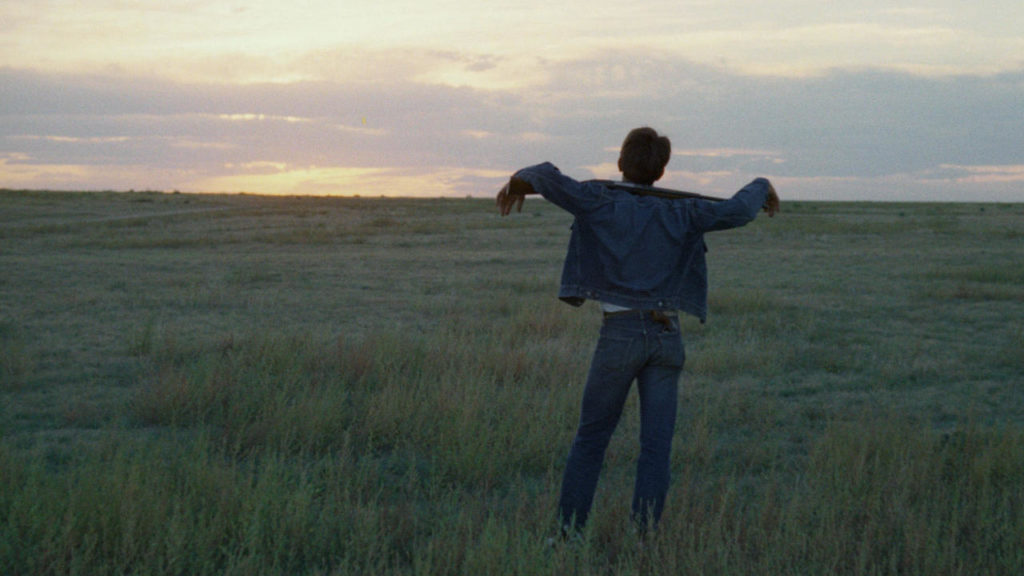 This was Malick’s first feature film, and you can tell the nascent love of interspersed shots of nature, birds, insects – and most effectively, the neverending skies of the Great Plains. The village it begins in is a strong reflection of the village in what is considered his masterpiece, ​The Tree of Life​. In his later career, Malick has worked extensively with Emanuel ‘Chivo’ Lubezki, the Mexican cinematographer usually associated with Alfonso Cuaron or Alejandro Gonzalez Inarittu – who himself is obsessed with the passage of time and how the seasons, skies and worlds change. The reason I think of Chivo is that his last film was ​The Revenant​ – these two movies both sharing a strong sense of humans ​uneasily accommodated by the land.

The land occupies the stage and then humans edge tentatively onto it, uncertain of their roles.

The Silence of the Lambs,  Jonathan Demme, 1991

Unfortunately, the problem with a film that has inspired virtually all crime films after it, is that you don’t see the masterful camerawork and script at work – but rather watch the film through the lens of these countless crime capers that have plundered from the Hannibal Lecter series.

The movie’s soundtrack also carries its themes throughout. Howard Shore’s (​Lord of the Rings,​ Se7en,​ ​The Departed​) mournful soundtrack sets a phantasmagoric tone, there is always something hiding round the corner – both in the story, and in the musical arrangement. There are exhalations and sighs at many points, as when the cocoon of the gypsy moth is taken from the throat of Bill’s first victim. There are subterranean rumblings and faraway cries and laments, almost too low to be heard, at critical points (I’m glad I pirated a Blu-Ray version…). When the soundtrack wants to create terror, as when Clarice is in the real bad guy’s basement, her frightened panting is mixed with the sound of Bill’s heavy breathing and the screams of the captive girl – this, sprinkled with the dog’s frenzied barking, psychologically works at a deeper level than everything else. 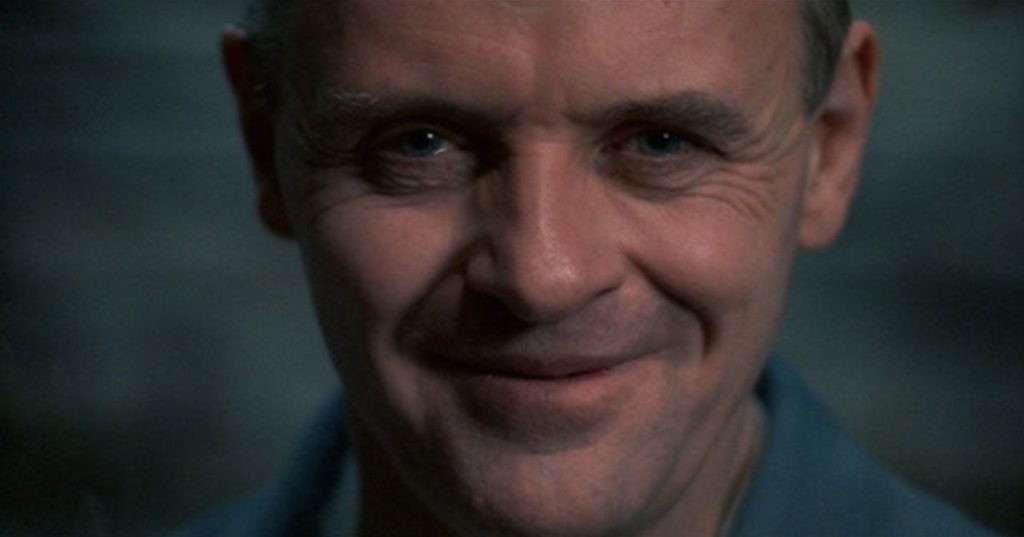 Anthony Hopkins – however – was a surprise. The character of Hannibal Lecter had been mythologised and hyped up to me for so long as a terrifying entity to the point that Hopkins actually seemed kind of nice to me. Yes, he is a cannibal and kills several times through the film. Yes, he preys on the fear of others, and uses his extraordinary perception to scratch past people’s badly protected layers. But to me, Hopkins and Foster’s characters develop a twisted father-daughter relationship, a trope actually often followed in crime capers – think of the respect between De Niro and Pacino’s opposing characters in ​Heat.​ Lecter is not the ​bad guy​ in ​Silence of the Lambs​ – at least not to me.

Having thought about this film for a few days, I have what some call a ‘hot take’. If you don’t know what the film about nothing about this ‘take’ will sound ‘hot’ to you – but to give a general perspective, the film is a black and white heavy religious drama by a serious French director. It doesn’t sound fun. But I’m convinced this film is some kind of black comedy. The blackest of black comedies. 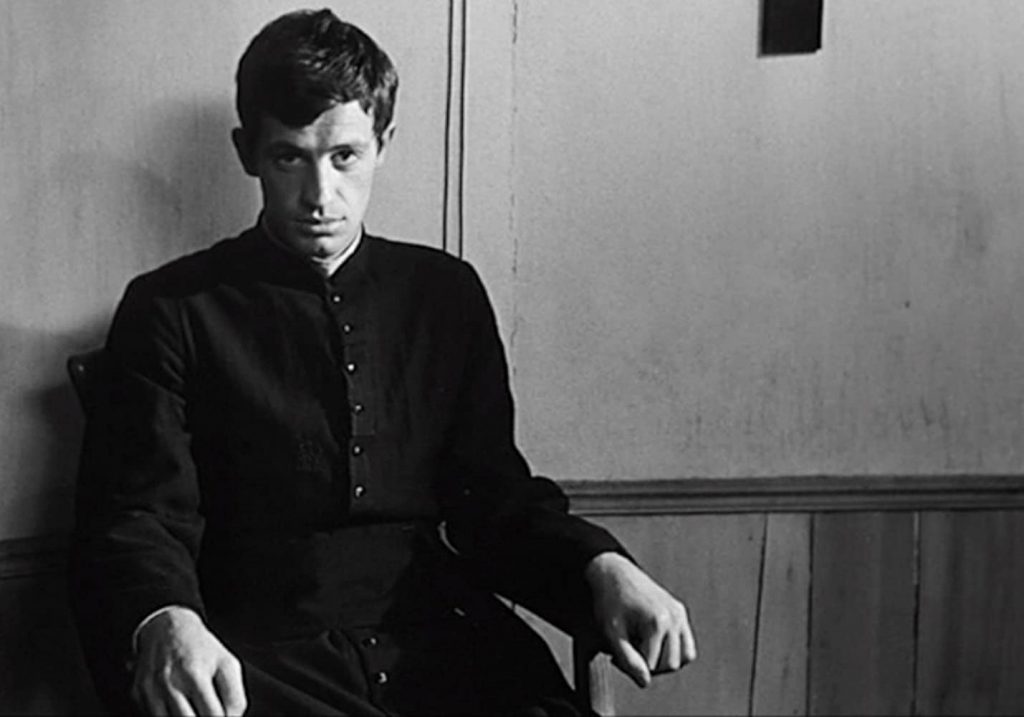 Jean-Paul Belmondo – French cinema hero – plays a young, attractive (as much as you ‘play’ when you ​are​) priest who takes troubled women, one in particular, under his wing for spiritual guidance. It is the story of a priest who makes women fall in love with him – but never has sex with them. Morin has a license. The film is about his license. When the female lead (Emanuelle Riva) tries to get an answer out of him (‘Would you marry me if you were a Protestant’), he reacts with anger. She’s calling his bluff. 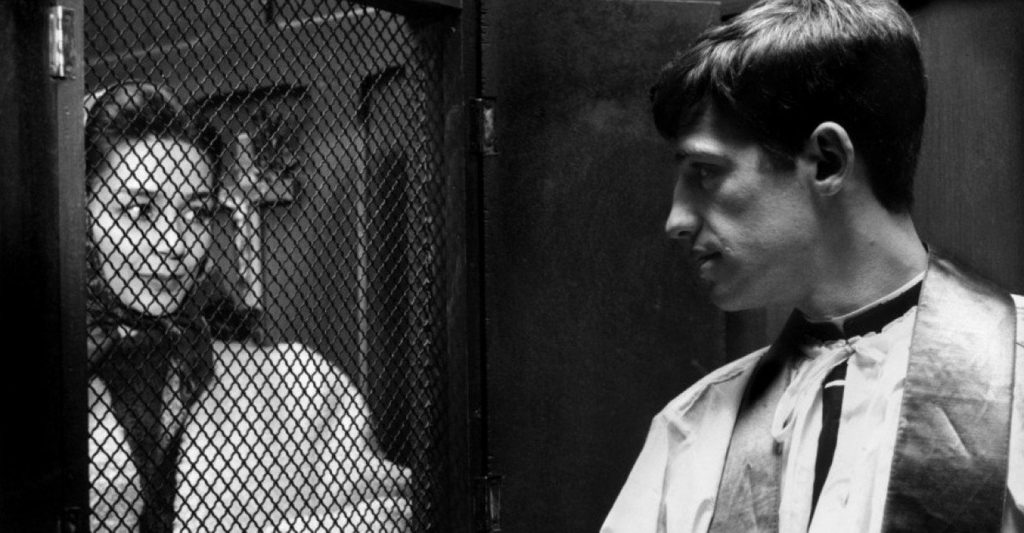 It’s a consistently intriguing film, because Melville so cleverly plays with our expectations. There is an undercurrent of sincere religiosity at work. Morin is a sincere priest who is prepared to accept a posting in a remote district where no one will be interested in his books – but his physicality with the women (one is convinced he deliberately walks past her down the aisle and his habit brushes against

her breast) is telling. The film ends on an unforgettable (what a hateable word but I shan’t use it lightly) shot that confirmed my doubts of the film’s comic edge.

One of the most recent films on the list – as Ebert died in 2011; the list is, thankfully, finite – ​Lost in Translation w​as shot on a shoestring budget and on many occasions guerilla-style, without permits.

Bob and Charlotte are souls in transition for whom, surrounded and confused by exotic rituals, and a different language, allows them a moment to lose their identities. Both characters provoke similar feelings from different experiences. There are no kisses or sexually charged moments between them, but only a shared intimacy in which a night out, a walk in the streets, a session of karaoke becomes a powerful expression of their affection and complicity. The relationship we all await only happens in our minds.

There is the constant contrast between the symmetry of the cinematography in the hotel, and the mess of lights and Japanese that is Tokyo. Tokyo is the third character in the film. It is their emotional refuge.

In the few days they are together, Bob and Charlotte career through the typical stages of a much longer relationship: awkward encounters, the first connection, the growing interest, the honeymoon phase, the disappointment, and then finally, the release.

Interestingly, their final – unheard – whisper (the most discussed moment of the film) was originally scripted. Their embrace muffled the mics, and Coppola decided that no-one would know what is finally said. It’s funny to know that somewhere, on some long-forgotten hard drive, exists the line that so many have pondered over.

Coppola keeps her film as hushed and intimate as that whisper. ​Lost in Translation​ is pure gold.

This I had been putting off for a long time. It rounded off a nice week where the overriding constant has been films that had gone on to be pillaged for ideas, characters, and values. ​Akira ​is very much one of these – it’s probably been as influential as ​Blade Runner.​ As a forerunner of the second wave of anime fandom beginning in the early 90s, it effectively set the scene for franchises like Pokemon, DBZ, Naruto etc. 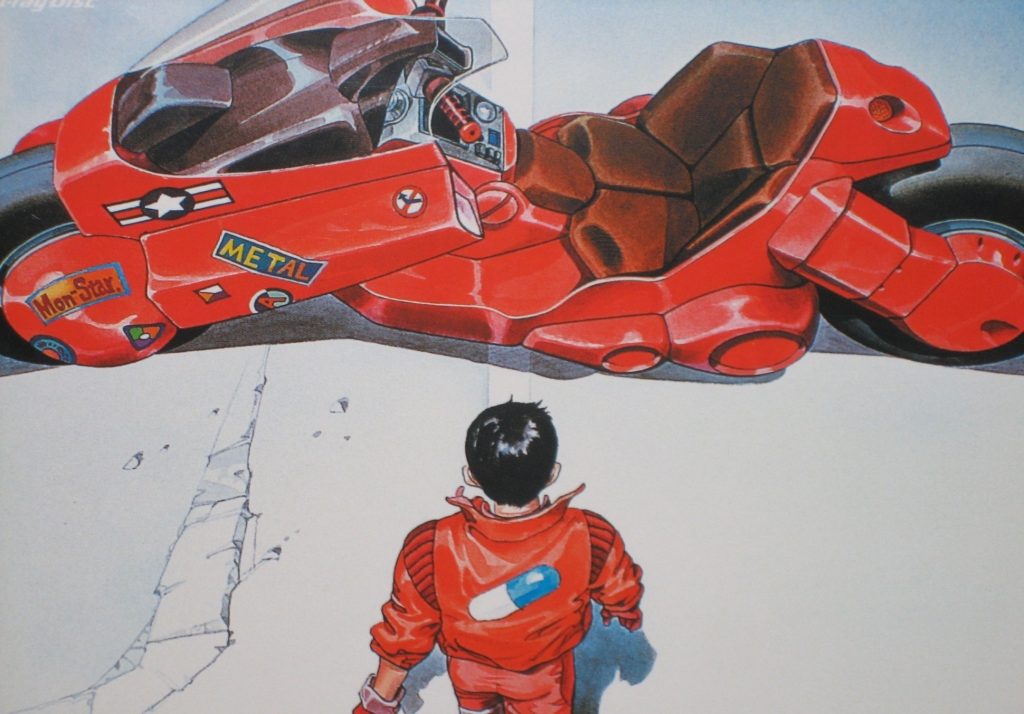 I heard Taika Waititi was working on a new Akira television show. Leave it be, I think.

Next week, we’ll take a look at ​The Bridge on the River Kwai​ (David Lean), and ​Ugetsu Monogatari​ (Kenji Mizoguchi).

Following Banksy’s recent nod to 90s one-hit wonders Chumbawamba, Sammi Gale did some digging into the group’s history and uncovered their surprising anarchist roots.  /  2 days ago

The beauty and sorrow of an emptier London

Alexis Self does what he does best: snooping and writing wherever he pleaseth. This time he explores the now quieter streets of London, in these premature dog days - appreciating the calm whilst pining for the return of pre-pandemic vibrancy. 3 MINS  /  1 week ago

During lockdown in Germany, two photographers embarked on a photographic exchange, each sharing a single photo a day and combining them with extracts from their personal journals. The result is a lasting document of their lives throughout the pandemic. 4 MINS  /  1 week ago
See More