“Night is where everything really changes”, says Jonathan Moore, speaking of the impact coronavirus has had on the capital. “Central is so surreal. It’s like a ghost town.”

Venturing out into the darkness with his camera, he photographs and speaks (at a distance) to the people remaining: the wanderers, the lost, and the dreamers. Steered by these encounters, he covers ground from the usually crowded Trafalgar Square to the forgotten corners of London.

He says: “This will, thankfully and hopefully, never happen again, so I think it’s important, at least to me, to see how the world looks now because there won’t be another chance.”

Jonathan, what do you do?

I’ve been London-based for the last 10 years. For most of that time, I’ve been working as a campaigner and lobbyist and I’m currently Head of Policy at a charity. I started working professionally as a photographer in the last couple of years. While I’ve been commissioned assignments in music, fashion and press, my real passion lies in documentary photography. 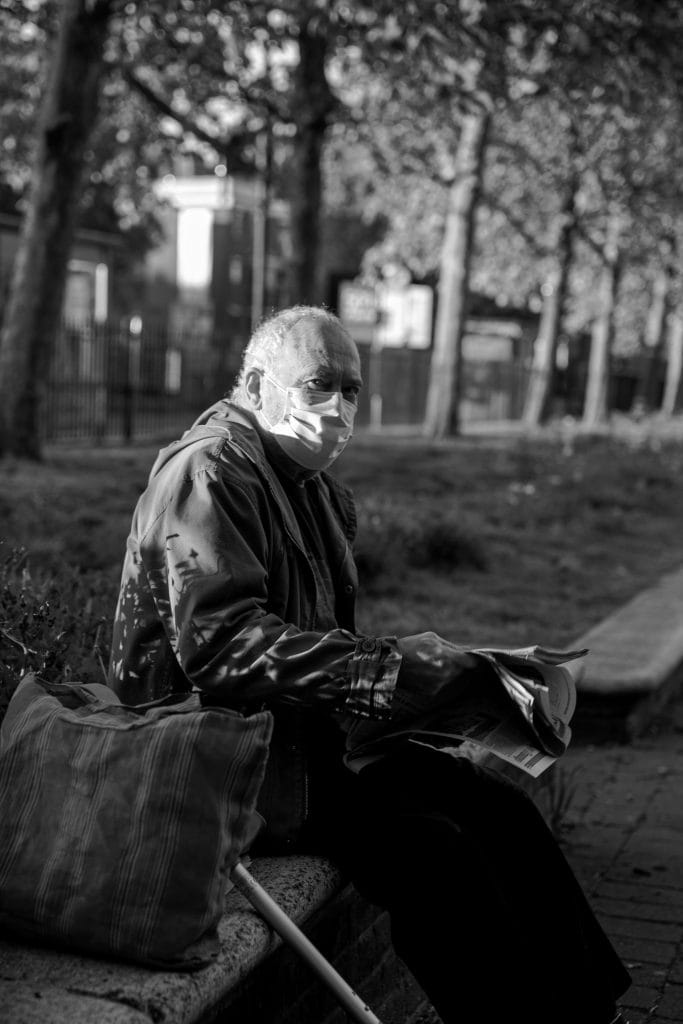 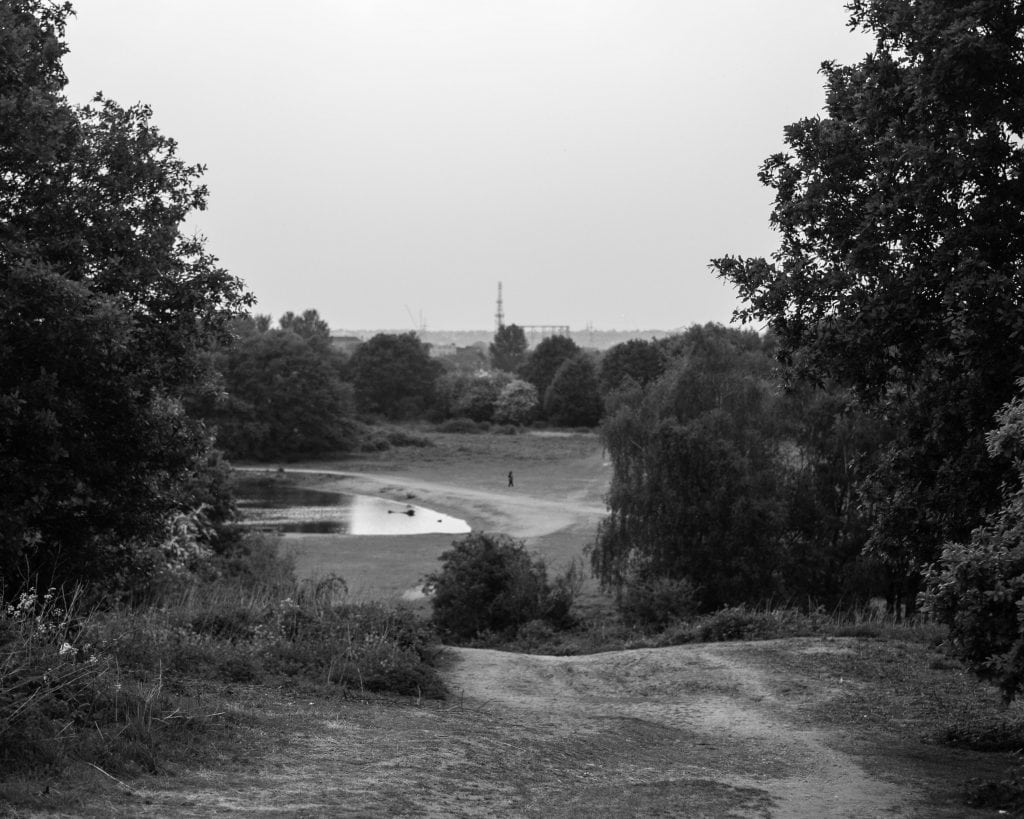 I’d always been drawn to travelling to unusual places, but since picking up a camera about five years ago, it’s taken me to far more unexpected circumstances, including being turned away from an Erdogan rally, photographing the Palestinian side of the Wall, and getting drunk on the roof of crumbling hotel in Georgia built by Stalin with a resident refugee, who has since become a great friend. I owe so much to photography. It’s now the reason I go and see the world and without it, some of the best moments of my life would never have happened.

How did this project begin?

I remember going for a walk in the evening, as restrictions were beginning to be imposed and noticed how quiet and surreal everything felt. That same evening, I had a strange conversation with an elderly lady and it made me think that if there were more people around it’s most likely that nobody – including me – would have noticed her. London has become another place in this very strange and unique moment in time, and it has made me want to try, safely, to record it and the people who left in it. 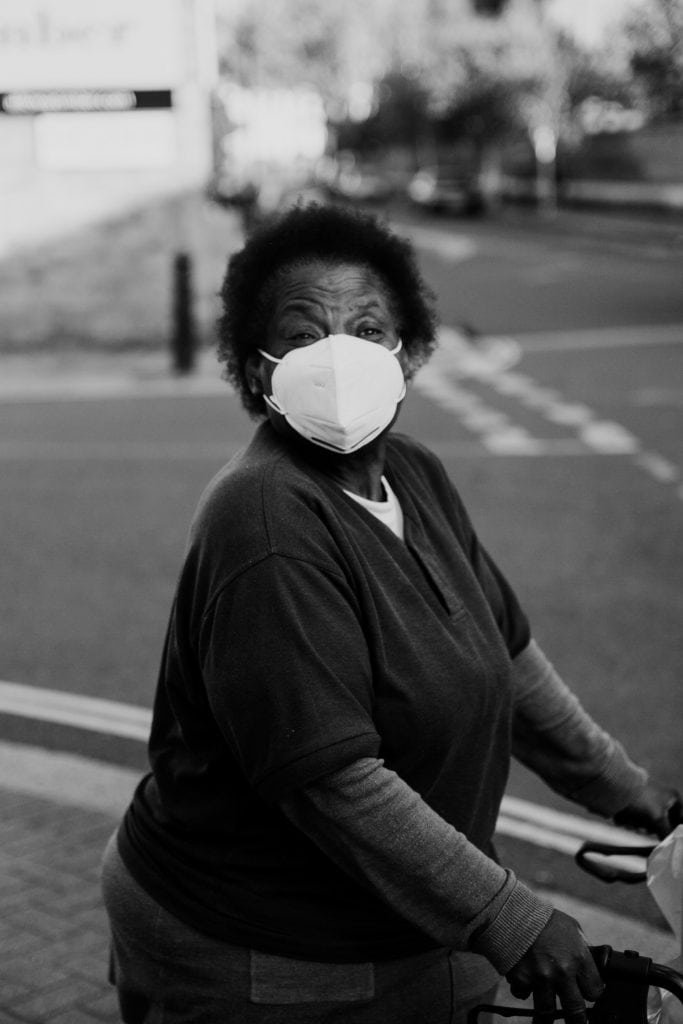 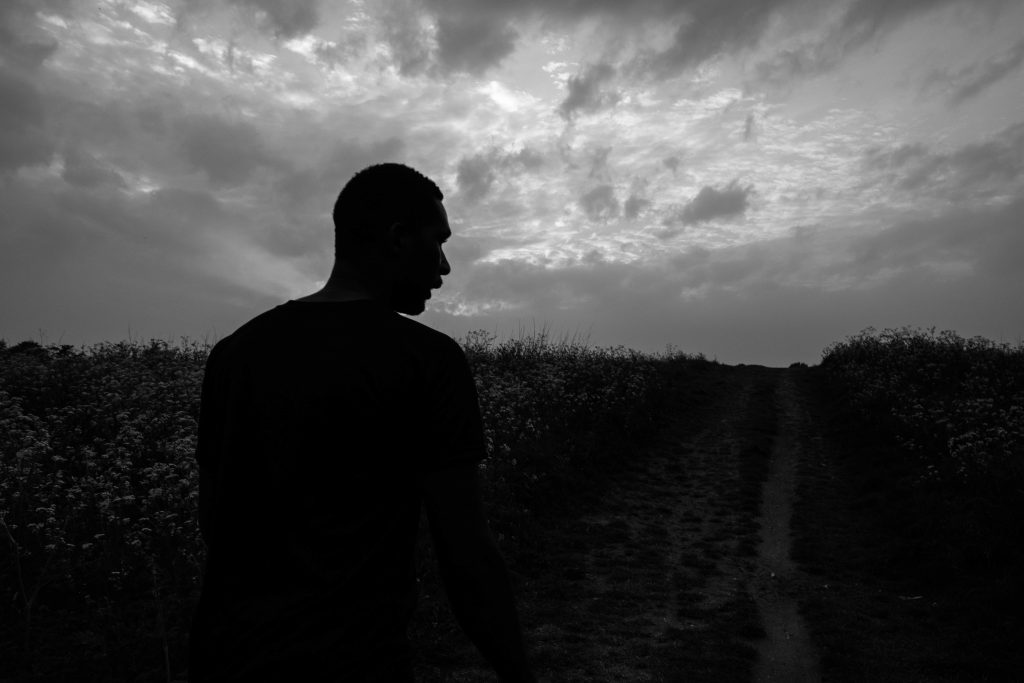 Tell us about some of the initial night walks you did and what the experience was like.

At first glance things may appear quite normal in the day, but at night, it feels like the world has stopped or we’re stuck in a dream. Although the feeling manifests itself in different ways depending on where you are in the city, it’s definitely been a constant. I remember being in Trafalgar Square and being able to hear the wings of the seagulls clap above me. On another night in Streatham, the street was virtually empty, but a preacher was still screaming about the Lord returning.

Your walks seem guided by the random interactions you have in the streets. Are the routes of your wanders generally planned or spontaneous?

Yes, it definitely hinges on the people who are left. They tend to be lost, vulnerable or eccentric. Initially, I’d walk in different directions locally to see who I might encounter, but as I went further – and because I am innately averse to repeating myself – found myself going further and covering more ground. So, after a while, trying to document this in as many different parts of the city has also become significant. 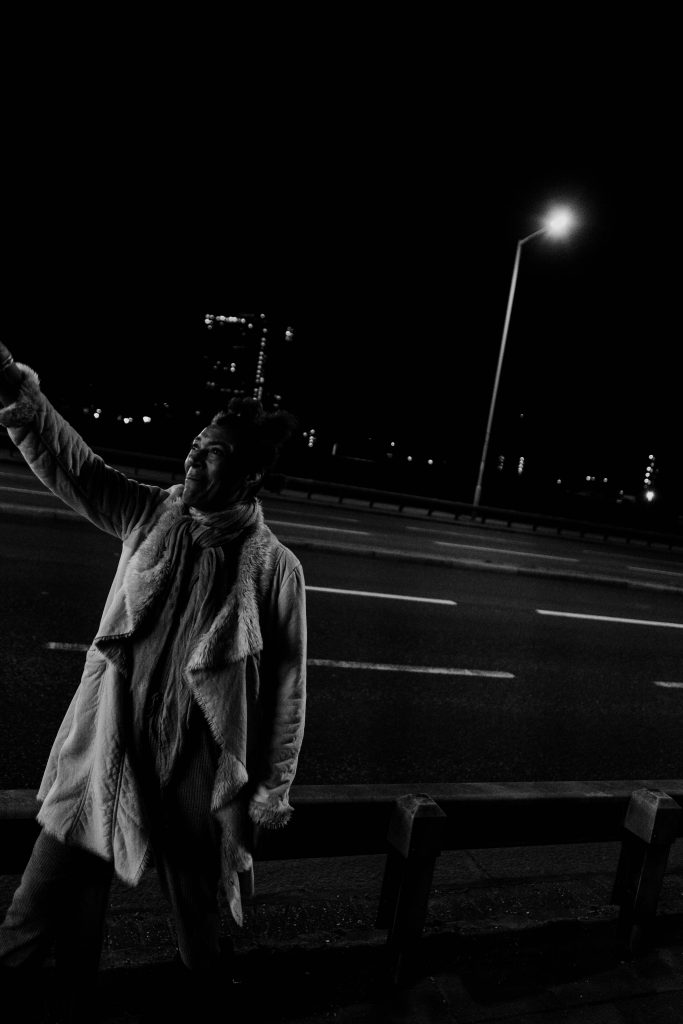 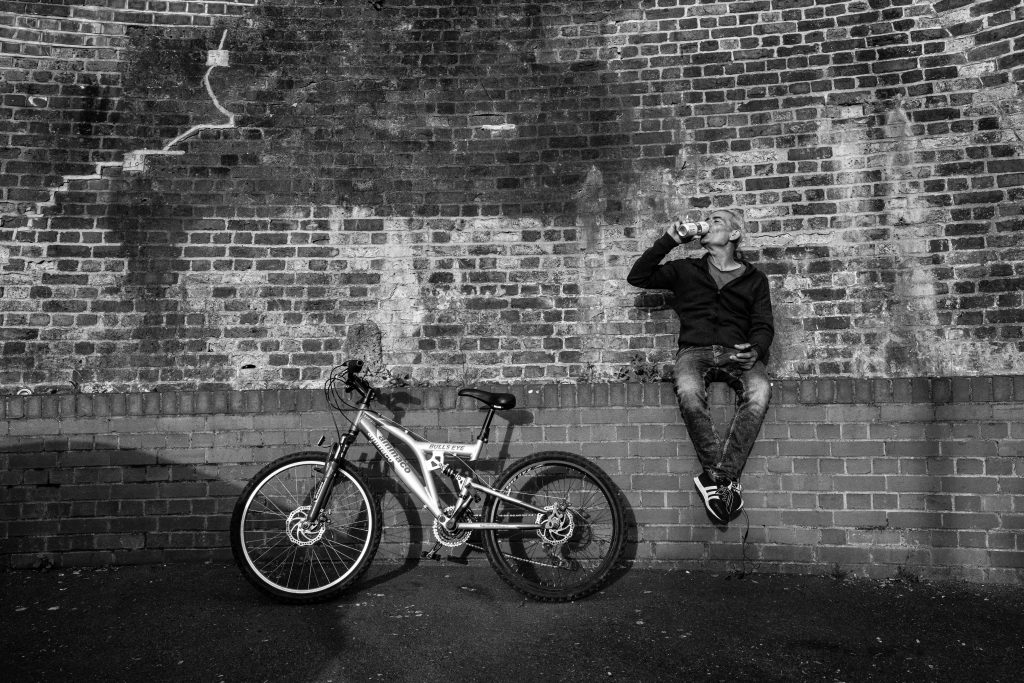 Who are you drawn to when photographing in the streets? Would you say that these past few weeks have this sharpened your awareness and made you hone in on certain things more in your photography?

There aren’t many people left, so your options are pretty limited, but I try and have conversations with people who look like they have lived a life, or have a story to tell. The people who were sleeping rough before are the ones suffering the most, and though I have spoken to several, I’ve tried to avoid just taking photos of people who have been left with nothing. 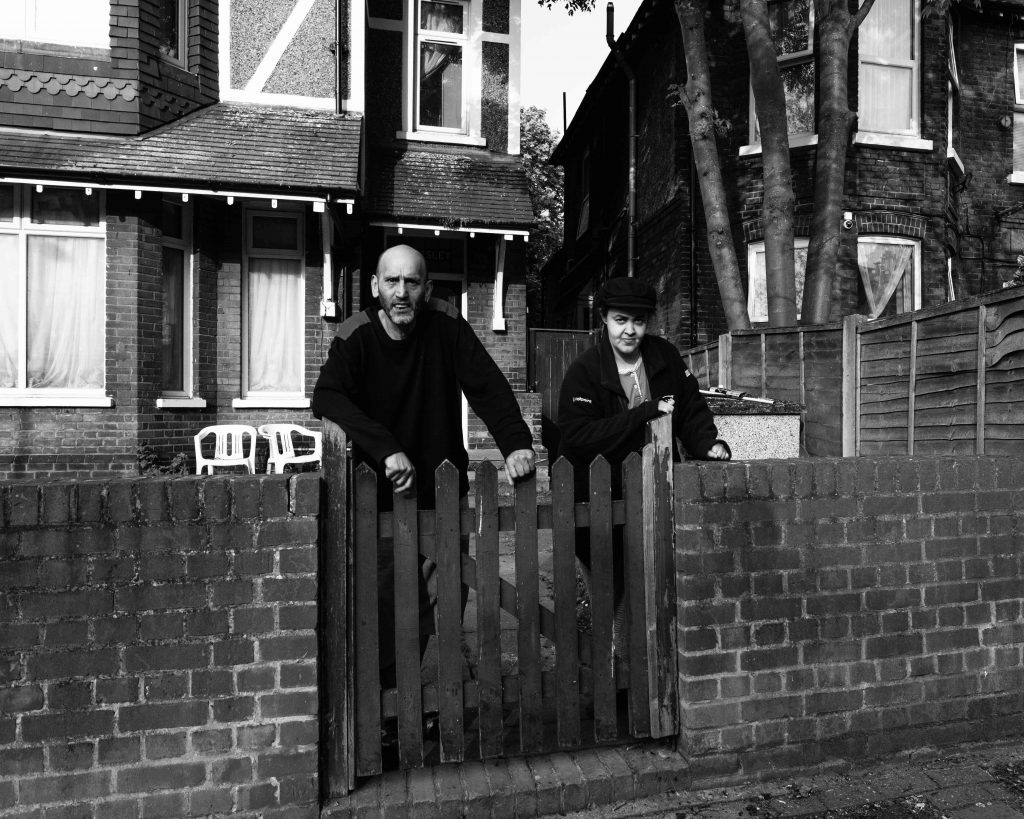 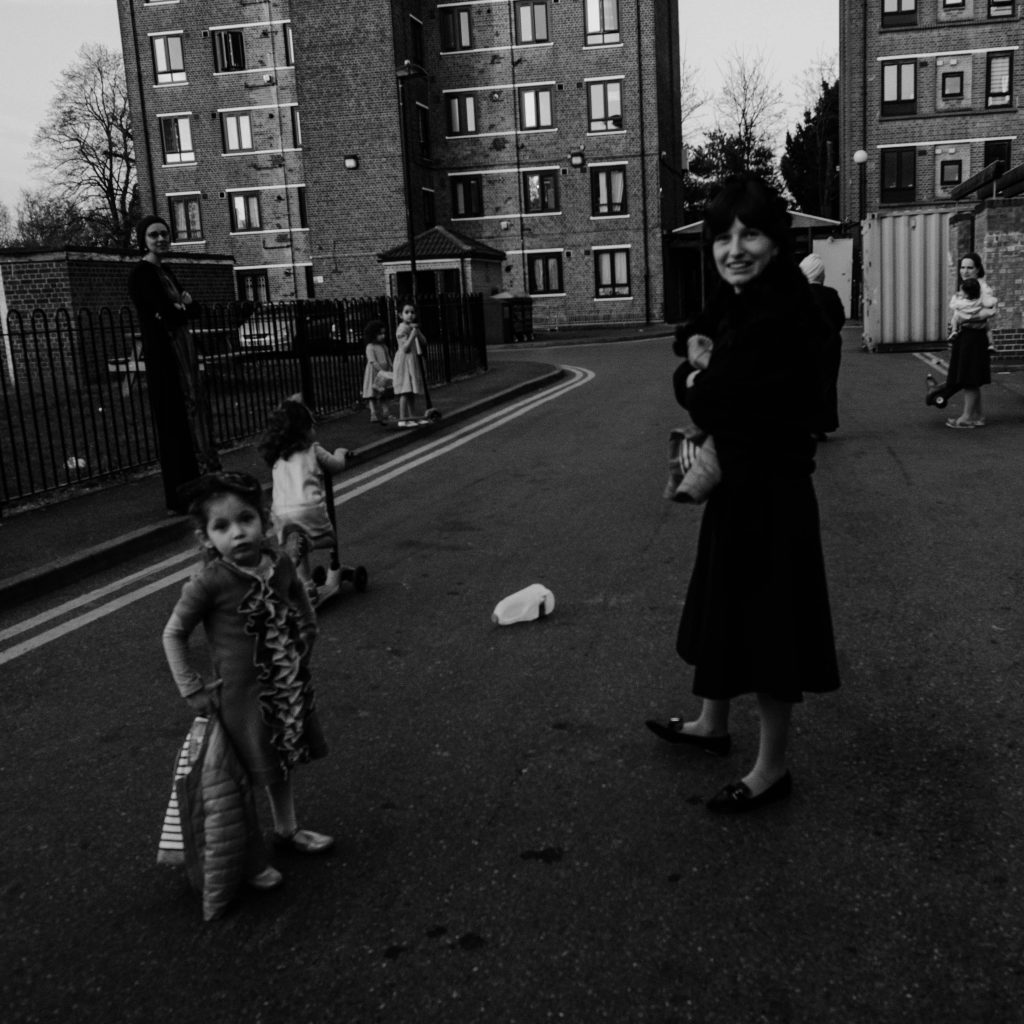 I have a good idea of what I think is important to convey, so in that sense I have a ‘brief’ in my head that I’m following, but the thing I’ve been acutely aware of, is how I approach people. Everything is inherently tense, so the first obstacle you have to overcome is making it immediately clear that you’re not a threat. Some people say yes, others say no, but I’ve learnt to approach people in a way that means they feel comfortable with me either way.

Can you tell us about a particularly memorable encounter you’ve had while working on this project?

Early on I saw a guy, maybe 50 or so, wearing a bright yellow suit and a green wig, and he was carrying a yellow bag full of green foam batons. He sounded German, but wasn’t, even though he wouldn’t tell me where he was from. He introduced himself as “Sexy” and stuck his tongue out for every photo. He asked me where all the people were and looked confused when I said I didn’t think there were any, then he picked his bag up and walked off. 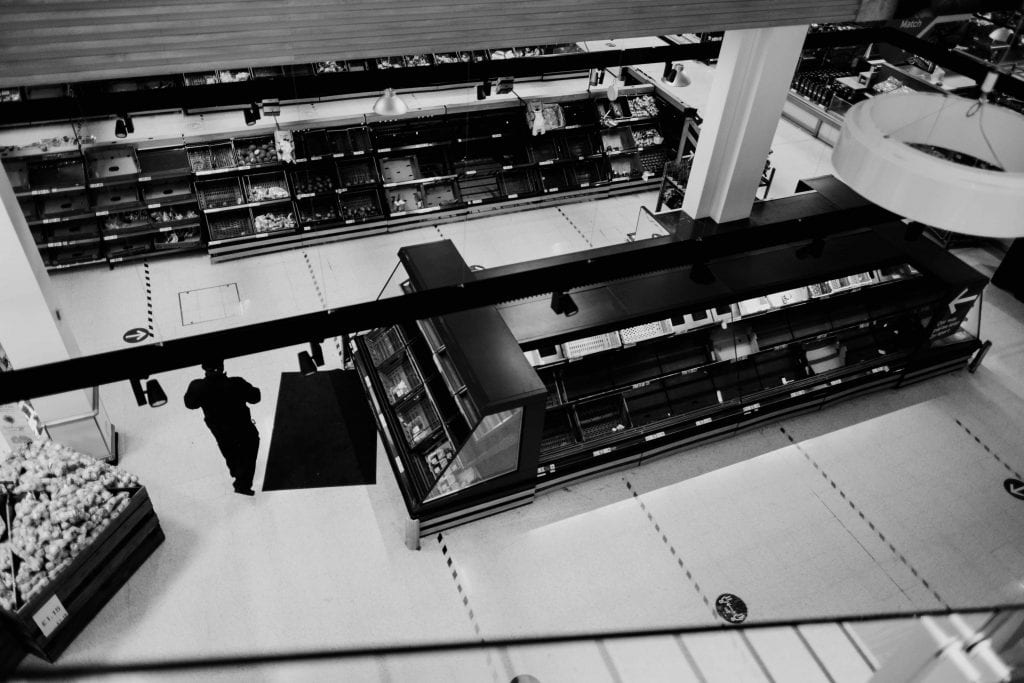 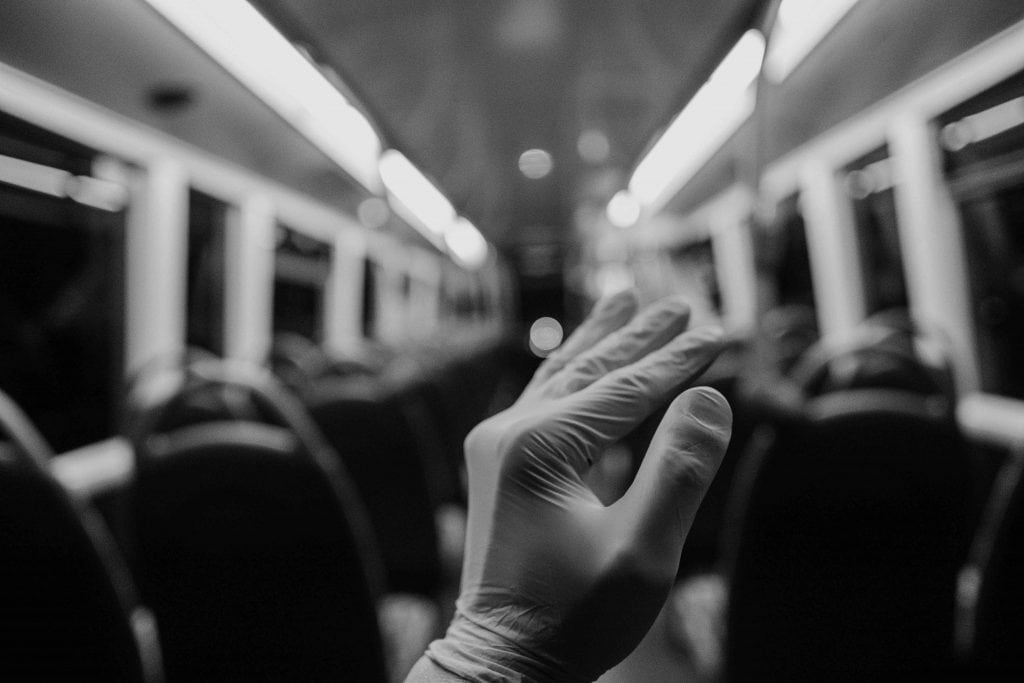 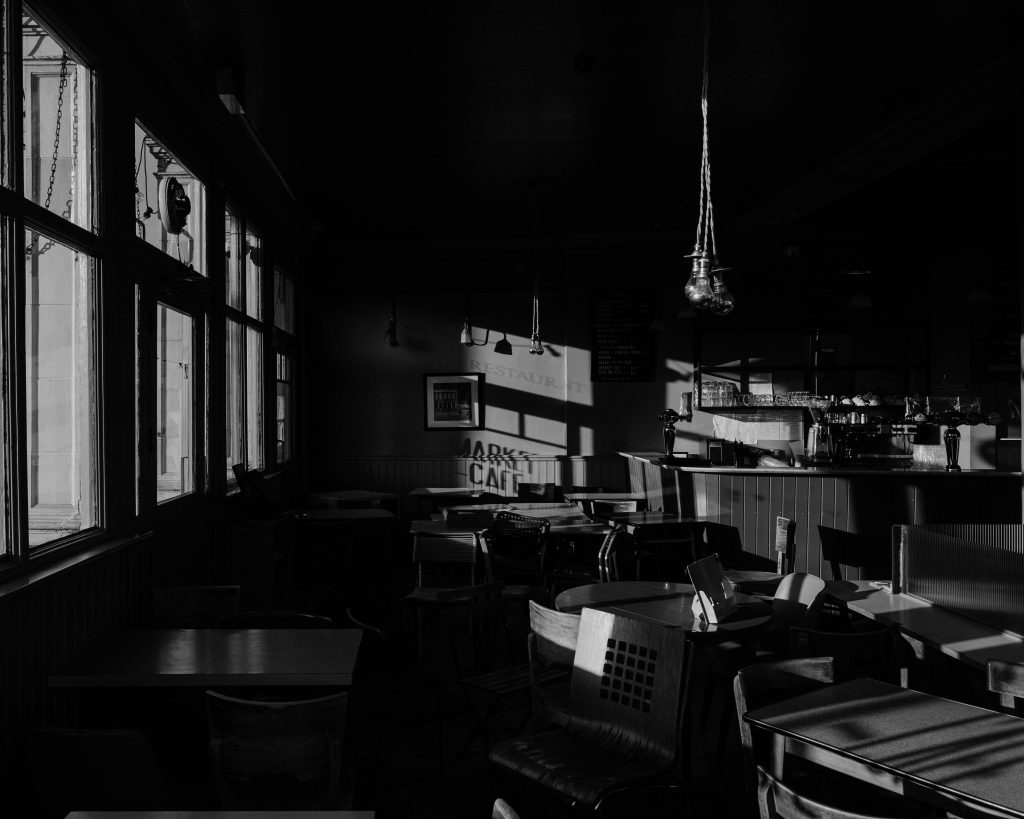 How do you work in a way that’s safe during these times of social distancing?

There aren’t many people around when I tend to go out, but I keep my distance if I pass someone and if I do approach them, I make sure that they’re comfortable with it. Even though I think what I do is safer than going to buy a coffee, I only go on a long walk every few days. It’s important to me to be able to look back on this period and feel like I’ve behaved responsibly.

Lastly, what is your aim with this project? Why do you feel it’s important to collect stories like this now?

First and foremost, to accurately reflect how the city looks and feels right now. It’s inherently important to do this now, because hopefully we’ll move out of this period and we’ll return to at least a degree of normality soon – and before long it won’t be possible.

I’d be doing the same thing whether I was the only person who ever saw the pictures – as was the case for three years when I first started taking photos – or if a million people did, but eventually I’d love to make a book or exhibition at some point in future.

After putting out an open call with the theme of ‘Hope’, whynow contributor Eva Clifford received over 100 submissions from around the world. Here, we’ll be showcasing a selection of photographers who took part in the initiative, and sharing their personal reasons for hope. 5 MINS  /  3 days ago

Community is a programme that charms all the right, currently stressed parts of the brain. It’s the perfect show to watch, or re-watch, in your time alone in your room. 4 Mins  /  4 days ago
See More