‘The truth was that I knew deep down I wanted to stay, I just needed validation’ | whynow

“A philistine is someone who worships the everyday. The Neapolitan doesn’t know the everyday. To him, everyday is a new beginning, for it can be the last.” – Jakob von Uexküll

Words by Alexis Self 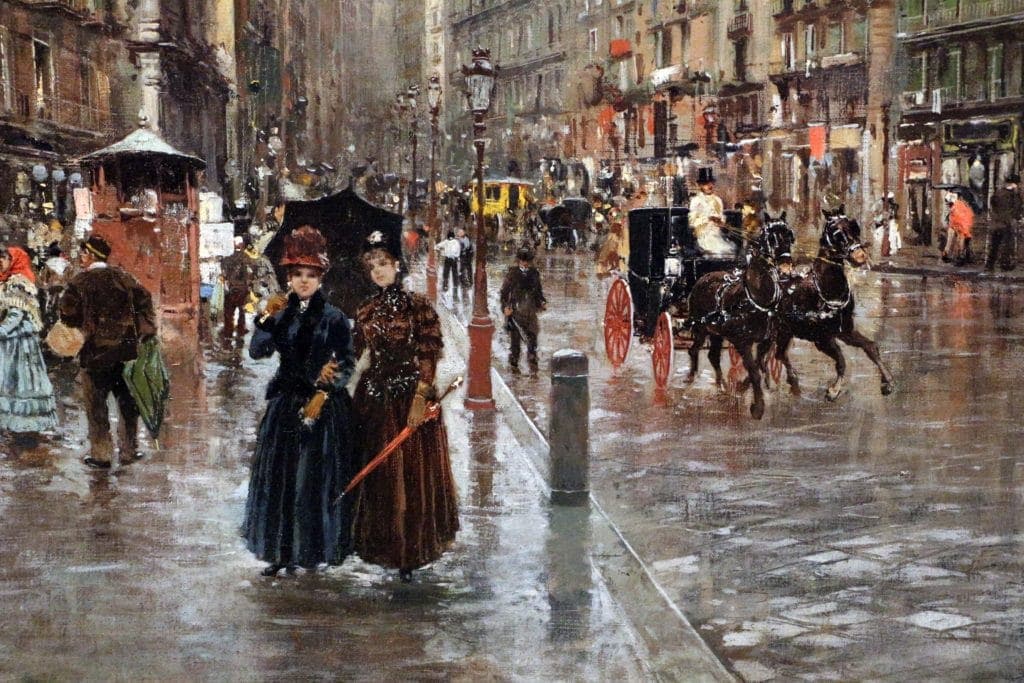 How many times do you need to do something before it loses its novelty? Maybe that’s too vague. How many times do you need to wear a new pair of shoes before they lose their newness? I’d say it’s about ten, eight if they’re white. Dr Johnson’s bon mot that when a man is tired of London, he is tired of life, is a useful weapon for the urban chauvinist, but, in 2020, it’s come to sound a little trite—like a self-declared thinking-man’s T-shirt slogan.

Unluckily, or perhaps not, for Dr J, there was no such thing as Skyscanner in 1777. Until a few weeks ago, when a man, or woman, was tired of London, they could get the Tube to Heathrow and hop on a plane to Nairobi, New Delhi or Naples. When I moved to the latter, in early February, it wasn’t necessarily because I was tired of my hometown. But I was looking for something new.

When I moved to Naples, in early February, it wasn’t necessarily because I was tired of my hometown. But I was looking for something new.

I’d secured a job teaching English in the afternoons, leaving my mornings free for warmth, variety and pleasure. Ever since visiting Rome as a young boy, I’ve found this sceptr’d peninsular, a land still dedicated to the twin cults of beauty and leisure, utterly beguiling. I’ve been to France, Greece and Spain but, for me, Italy just hits different—and, Naples, its energy undimmed by mass tourism, even more so.

When looking for an example with which to demonstrate his Umwelt theory, which asserts the fusion of mind and place, German philosopher Jakob von Uexküll wrote of Naples and its citizens, “can people who experience this wonder with such fervour ever become philistines? A philistine is someone who worships the everyday… The Neapolitan doesn’t know the everyday. To him, every day is a new beginning, for it can be the last.” I could spend hours in reverent prostration before a Neapolitan coffee counter. 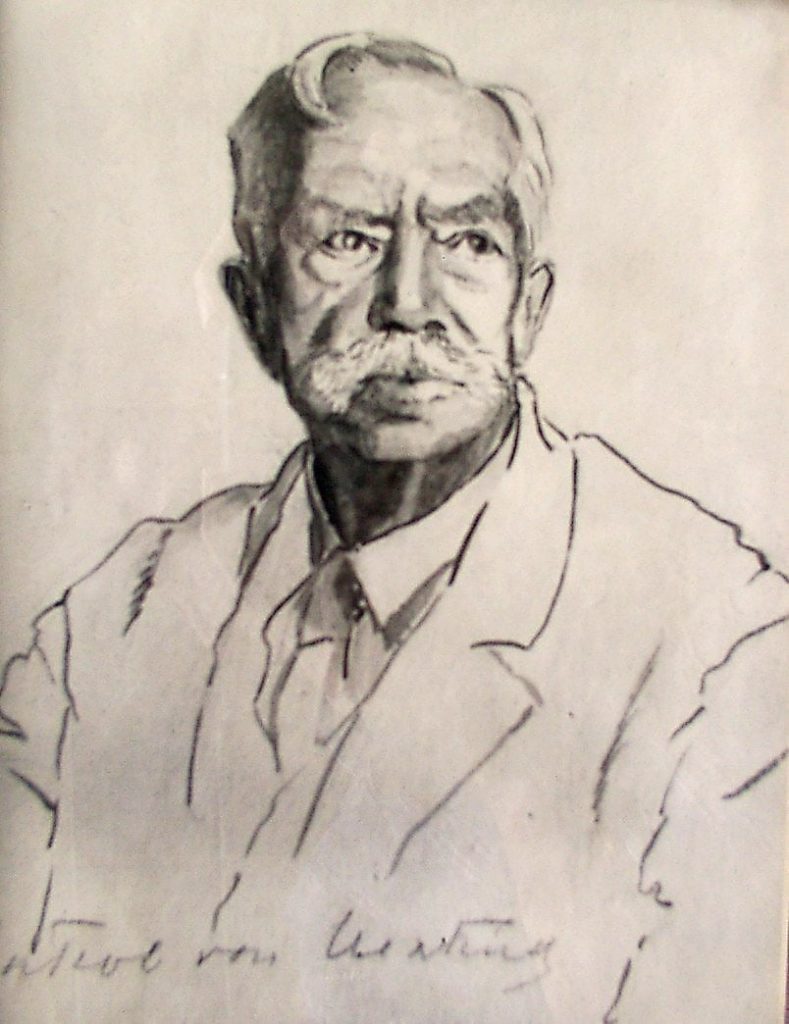 If any more proof of my philistinism were needed, when I moved to the city, I began keeping a daily diary. Looking back through it, I’m amazed at my own inability to read between the lines. Then again, I wasn’t the only one. When Italy’s Prime Minister Giuseppe Conte announced the quarantining of the country’s northern regions on Saturday 7th March, I was at a bar in Centro Storico, Naples’s ancient city centre.

Conversation turned, inevitably, to the virus, at which point, one of my Italian companions showed me a meme. There were cartoon drawings of four people: one in a hazmat suit, above which the words, ‘coronavirus in China’; and three others in various states of revelry (skiing, drinking, dancing), and ‘coronavirus in Italy’. We laughed, still blissfully deluded.

Looking back through it, I’m amazed at my inability to read between the lines.

It’s true that some people had used the earlier lockdown of the worst-hit northern towns as an excuse to go skiing or visit their summer houses, but this wasn’t due to any particularly Italian unseriousness. As cases in the country skyrocketed, some international observers attributed the severity of the outbreak to southern gregariousness and a fondness for tactility.

The speed with which the disease has spread elsewhere reveals their ignorance. In fact, Italy’s early mistakes can be partly excused by its being the first place after China that corona hit hard. Its example makes the fumbled British response a few weeks later more difficult to understand.

But, back in early March (remember early March?), we were all fumbling. Indeed, Conte’s declaration had been rushed out because the right-wing League party, attempting to bring down his government, had leaked it to the press. This led to a mass exodus of southerners from the North, potentially spreading the disease farther afield. On the Monday, the whole country was placed in quarantine.

That day, 9th March, Italy seemed to be teetering on the edge. In Puglia, 15 prisoners broke out of Foggia’s main jail. Riots erupted up and down the land. In Naples, inmates’ wives and girlfriends built a barricade in the street and a fire was started in the prison. From my bedroom, I could hear the whirring of helicopters above and the whining of sirens below. It was scary and thrilling. This was five weeks ago, lockdowns hadn’t happened outside of China yet; no one knew whether they even could.

Back home, people were freaking out. Their advice: get the hell out of there while you still can. Usually I’d be inclined to take it, but I was only three weeks’ deep into the trip of a lifetime and knew if I left then that would’ve been it. Though the panic had been steadily building for weeks, this new escalation felt exciting. That night, I went to have dinner at a friend’s apartment in Chiaia (this was before restrictions on socialising were brought in). I walked the length of via Toledo, Naples’s busiest street, and saw only two or three others.

Dinner was nice, I think. I couldn’t relax, furiously vacillating as I was inside. On the way home, I called a Neapolitan friend who happened to be staying in London for a few months. She said she’d seen a shocking video of a man pleading for help as his sister lay dead in the background, and that maybe I should get out. The truth was that I knew deep down I wanted to stay, I just needed validation. I wasn’t going to get it.

Though the panic had been steadily building for weeks, this new escalation felt exciting.

I’d come to Naples to take a front-row seat at an immersive performance of the Italian dance, but someone seemed to have switched the script. The most common analogy during this crisis has been that we are at war, but most wars are visible, or at least audible. This one, with its asymptomatic super spreaders and incubation periods, is insidious. Like most of the world, I was still underplaying, probably willingly, the gravity of the situation. I thought Italy’s lockdown meant the outbreak would stay in one country and, if it did, I wanted to bear witness.

A Finnish girl I had met a few nights before at the Palazzo Spinelli, a 16th-century building that serves as a hotel and art foundation, texted me. She had decided to go back to Finland the next day and needed someone to take over custodianship of the place, asap. I thought it must be a sign. I said yes and watched my plane leave from the roof. Had I made a mistake? I didn’t move to Italy to spend months indoors. This was supposed to be my Grand Tour, not a grand tour of the house…

“Whenever I’m able to free my mind from its tracksuit-clad cage, I imagine myself drifting above the rooftops and soaring over London. Now I can see, like a thousand-strong Zoom call, everyone I know, everyone I’ve ever met, and they’re all doing the exact same thing: nothing.” – Alexis Self 3 MINS  /  12 hours ago

Incredible feats of bravery and demonstrations of leadership whilst serving his country earned Austin Dougall Clapham a strongbox filled with accolades and an exemplary legacy we should be inspired by. 4 MINS  /  2 days ago
See More