‘As a character, Bond offers something for everyone’ – Terry O’Neill’s Bond | whynow

In Dr. No, it takes a while for the audience to see James Bond for the first time. Much of the opening is laying the groundwork for what 007 will investigate later on in the film. And of course, the first time we see him, he’s sitting across from a woman, gambling. She asks him his name, he says “Bond. James Bond.” The name means a lot of things to a lot of people, and one of the things that makes this clearest is the fact that so many different men have donned the suits and gotten behind the wheel of tricked-out cars that everyone’s fantasized about driving.

And of course, the first time we see him, he’s sitting across from a woman, gambling.

Terry O’Neill’s series of behind-the-scenes photography, Bond, which has been made digitally available by Iconic Images, shines a light on some of the different men who have played Britain’s greatest secret agent, revealing – in that sly Bond way, with a bit of a nod and a wink – the ways in which these different versions of Bond illuminate ideas of performance and masculinity.

However, one of the most striking images in this online exhibition isn’t one of Bond himself, but instead, of the late Honor Blackman’s Pussy Galore. In a publicity shot for Goldfinger, Blackman is standing on the beach, and at her feet, written in the sand, is an all-caps declaration: PUSSY. It’s brazen in its sexuality, but camp in the way that it leans into excess, a perfect microcosm of so many parts of the Bond franchise. This embrace of excess also comes across in some of O’Neill’s images from Casino Royale; a still of Ursula Andress as Vesper Lynd, serene amidst the chaos on a roulette table, surrounded by money and champagne bottles.

In a publicity shot for Goldfinger, [Honor] Blackman is standing on the beach, and at her feet, written in the sand, is an all-caps declaration: PUSSY.

Of course, there are images of different Bonds with different women, but these seem to poke fun at his Casanova-style images as much as anything else. Images of Sean Connery’s Bond backstage with showgirls filming Diamonds are Forever, or Roger Moore and Madeline Smith dancing on a bed together while filming Live and Let Die, it illuminates the strange, joyful idiosyncrasies of the different men who have played Bond, with each actor trying something unique in the role, doing more than just playing a spy in a suit.

O’Neill’s photographs cover films from Connery all the way to the dawn of the Daniel Craig era. One of the most interesting things about this isn’t just what it reveals about the actors, but what it reveals about Bond himself as a cultural figure. In a way, something about Bond always reflected the zeitgeist; told us something about how men either saw themselves or wanted to be seen, the kind of high-flying heartbreaking that people might occasionally consider themselves capable of in flights of fancy. It makes sense that some of O’Neill’s pictures show the men who would be Bond capturing something unique and specific to their tenures as the character.

While filming Diamonds Are Forever, Connery recreated the moment of Alan Shepard golfing on the moon. It’s striking that the description notes that it’s “Sean Connery as James Bond” golfing on the moon; another sly way of exploring the idea of different performances of Bond. And as much as the Moore era was sillier than the Connery films that came before it, it’s important to remember that Diamonds Are Forever featured some of the more brazen innuendo in the franchise, in a conversation between Bond, and Plenty O’Toole:

Bond: But of course you are.

The dissonance between Bond on screen and Bond as he’s discussed is strange and compelling; for someone who’s often talked about as effortlessly bedding scores of women, there’s an innate silliness to what might be called his “courtship” of them. And the thing that makes it so interesting is the fact that it, like so many other things, varies based on who it is that’s playing Bond; it’s one of the reasons we keep returning to him, because of how mutable he is. The 21st century brought with it one of the most striking – and long-lasting – changes to Bond as both a character and a franchise. Brosnan’s Bond films, from the mid 90’s through to 2002’s Die Another Day, tries to make Bond “cool” (something that seems to reverberate through to the edge and detachment that defines so much of the Craig era), and O’Neill’s photographs reflect this.

The images of Brosnan behind the scenes in Goldeneye present a different kind of Bond; there’s less camp in his images with women, the excess toned down in favour of almost glamorous, noir-ish images of seduction. Brosnan and Izabella Scorupco locked in an embrace while Brosnan holds a gun; or Brosnan, Scorupco, and Famke Jannsen, as Bond holds his trademark pistol, and Jansen wields a machine gun, give us a Bond with a little more danger and edge than many of those who came before him. You might say that – on paper at least – he’s not your parents’ James Bond.

The images of Brosnan behind the scenes present a different Bond; less camp in his images with women, the excess toned down in favour of almost glamorous, noir-ish images of seduction.

The joy of O’Neill’s images come not only from the fact that they chart the trajectory of an iconic character, but that they revel in what’s made him iconic in the first place, and kept him relevant for almost 60 years. O’Neill’s work understands that Bond as a character offers a kind of adolescent wish fulfilment; the character was never meant to be taken too seriously, and these photographs reveal the joy and silliness inherent in performance, the constructions of masculinity that Bond mocks just as readily as he embraces them. As a character, Bond offers something for everyone (and this is coming from someone who adores the camps and gimmickry of Moore’s outings), and O’Neill’s images are a treasure trove that do the same. 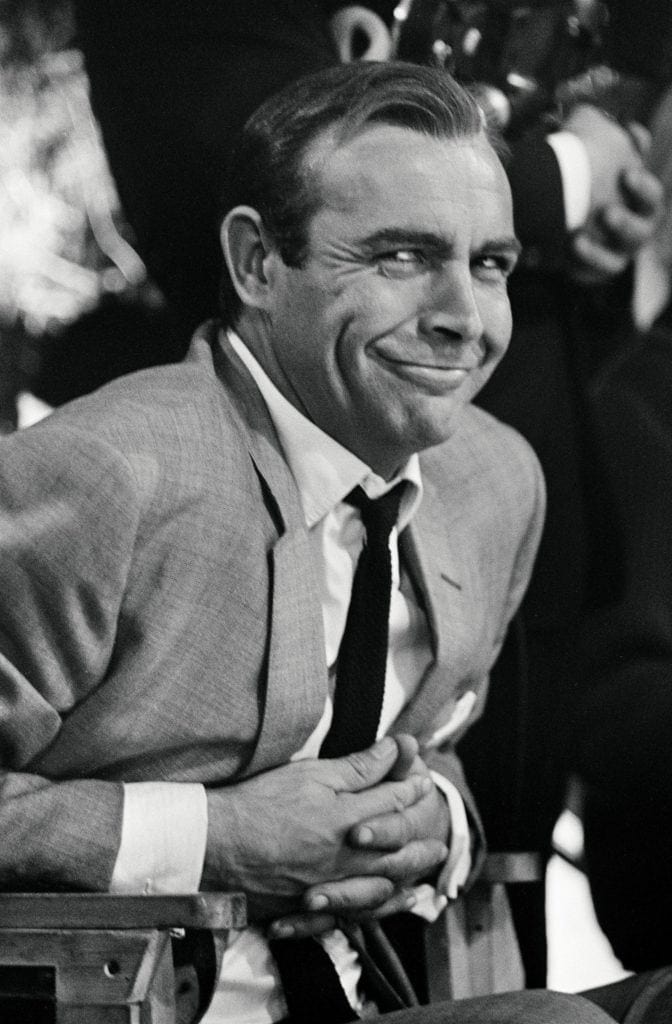 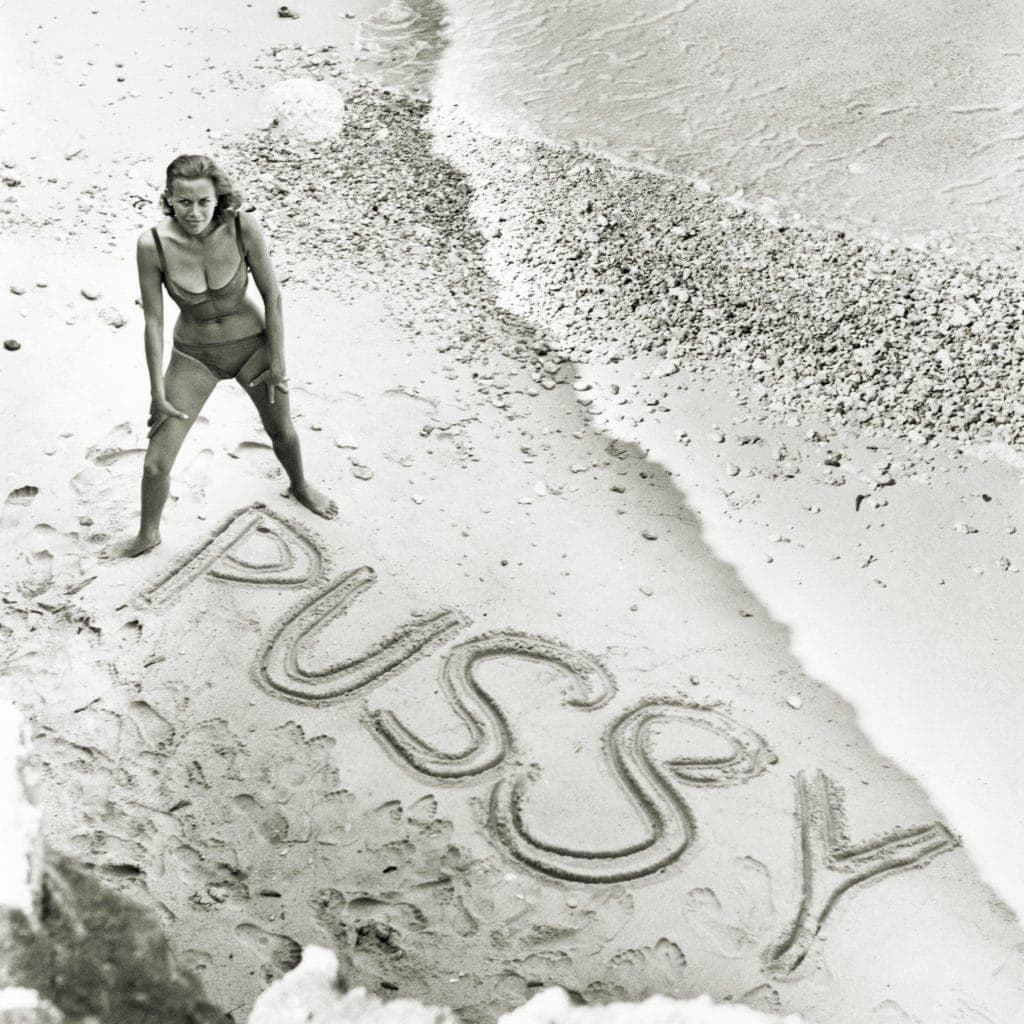 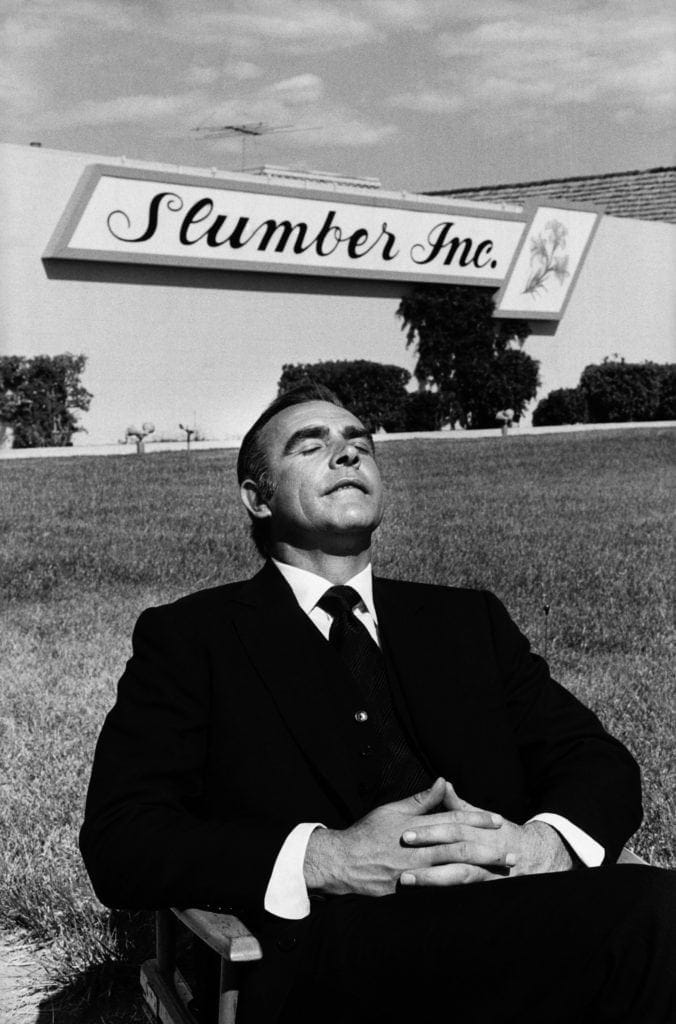 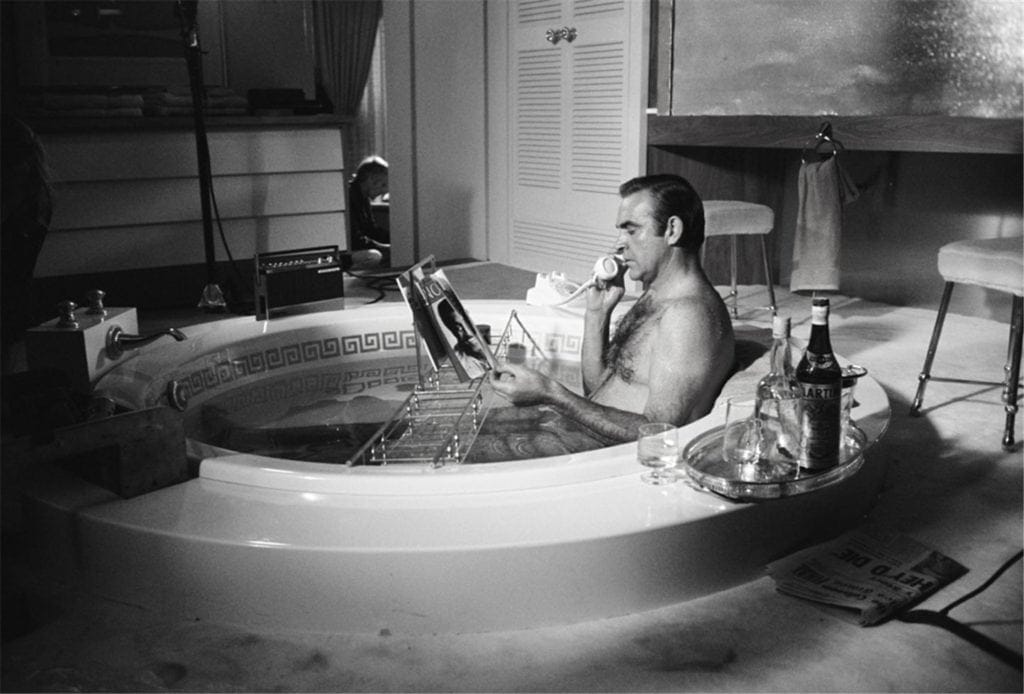 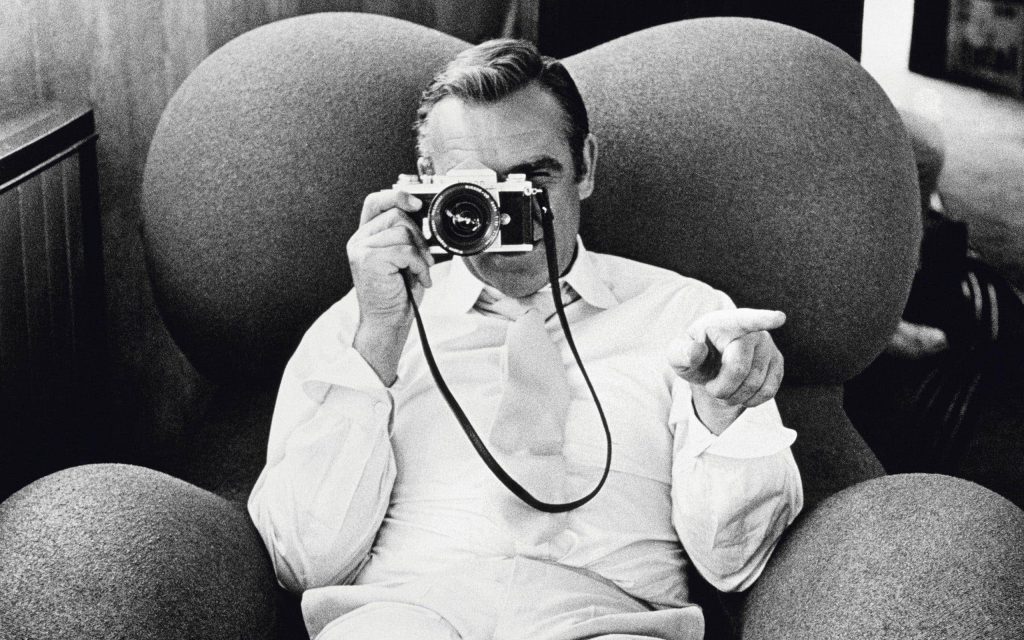 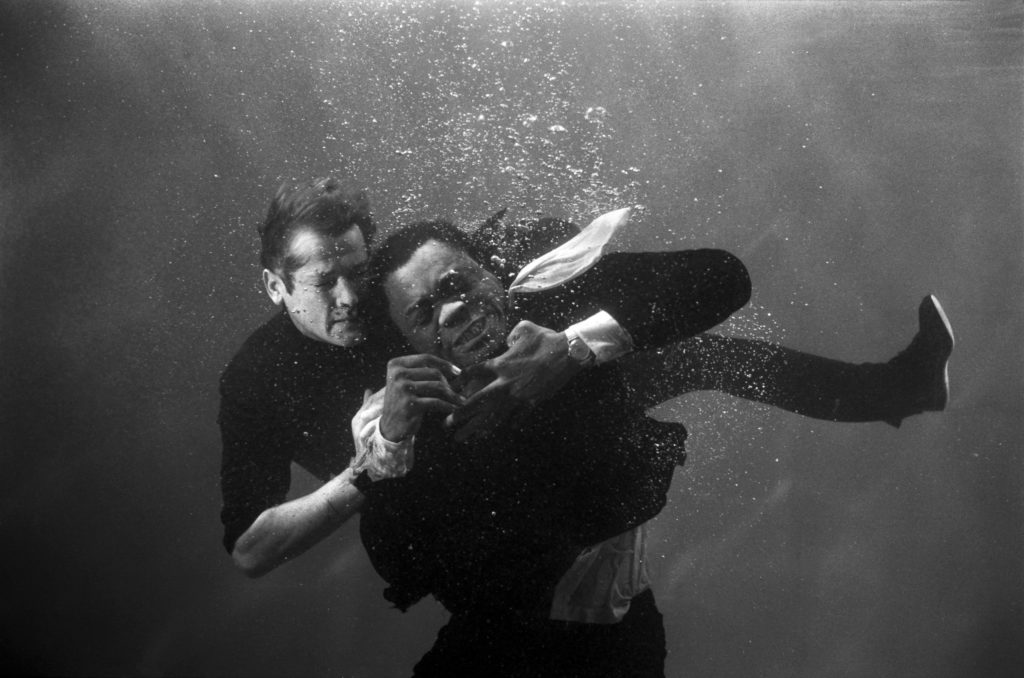 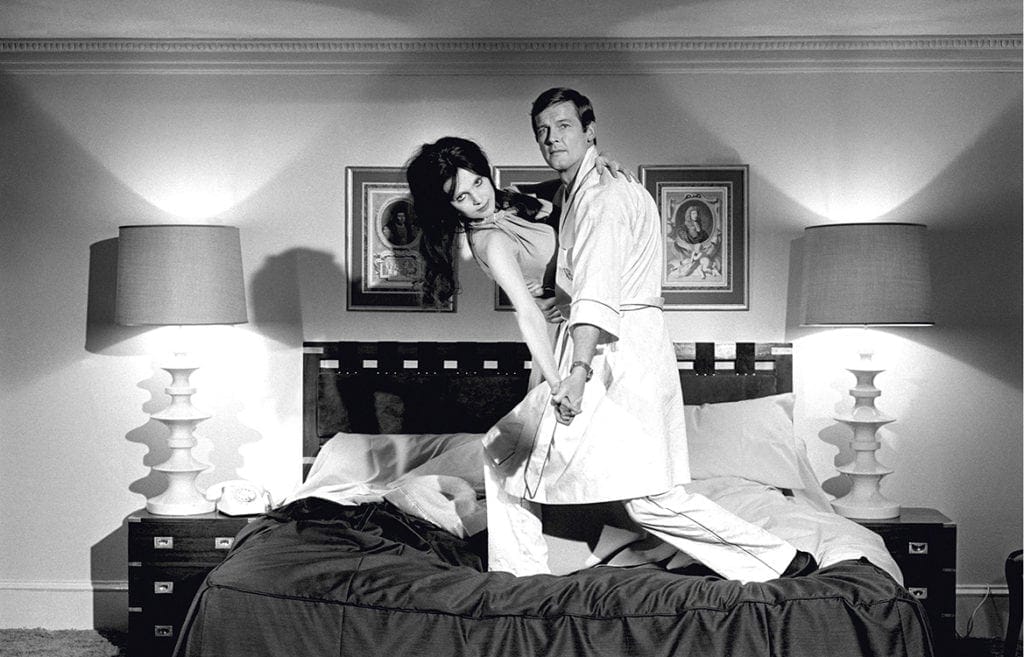 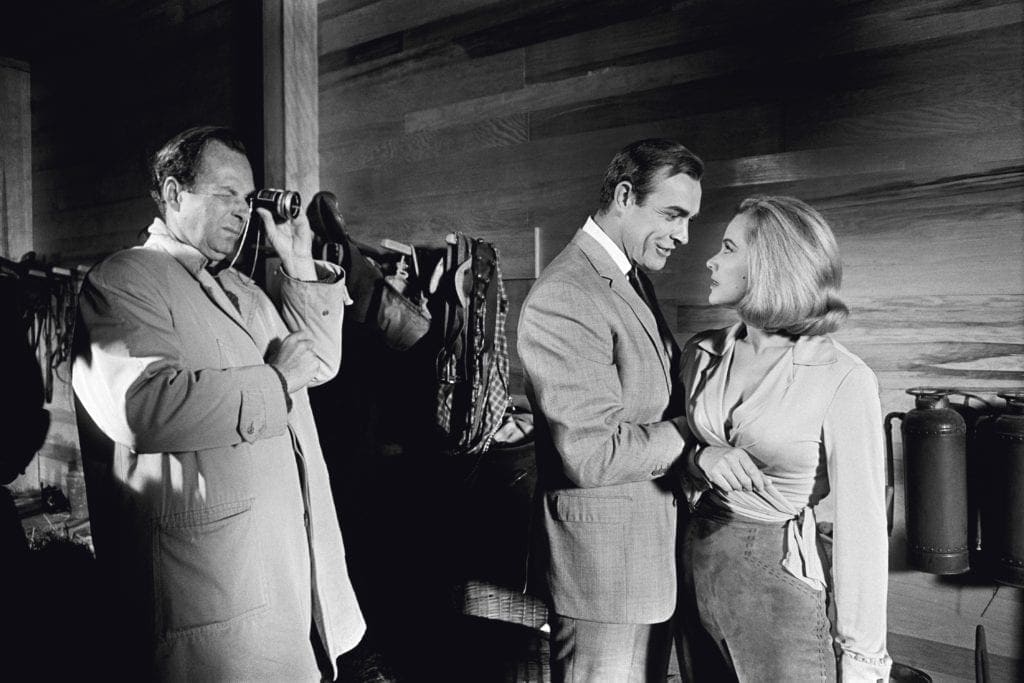 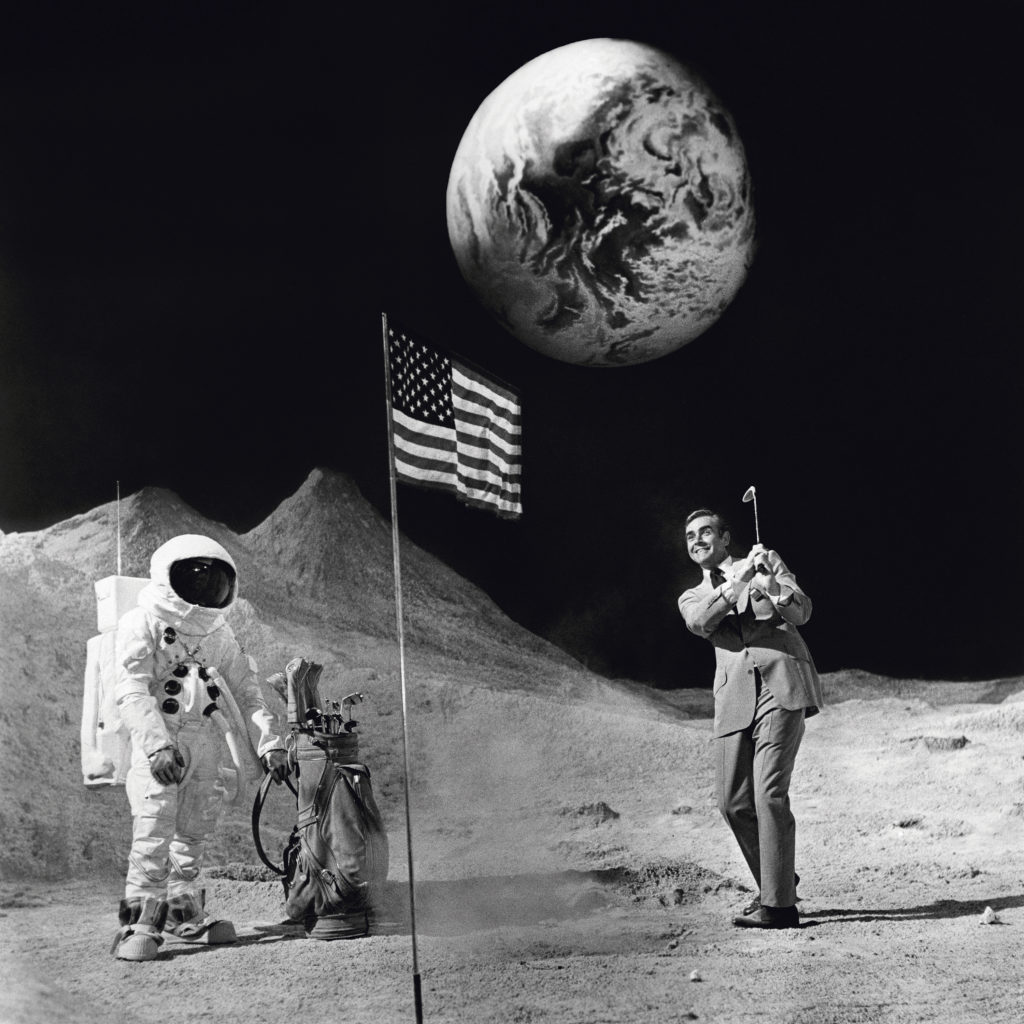 Incredible feats of bravery and demonstrations of leadership whilst serving his country earned Austin Dougall Clapham a strongbox filled with accolades and an exemplary legacy we should be inspired by. 4 MINS  /  1 day ago

Community is a programme that charms all the right, currently stressed parts of the brain. It’s the perfect show to watch, or re-watch, in your time alone in your room. 4 Mins  /  4 days ago
See More