On Tenet and Christopher Nolan in an uncertain world - whynow

The reviews are in, and Tenet has divided critics. But besides questioning its artistic value, what might Tenet be able to tell us about the world we live in? 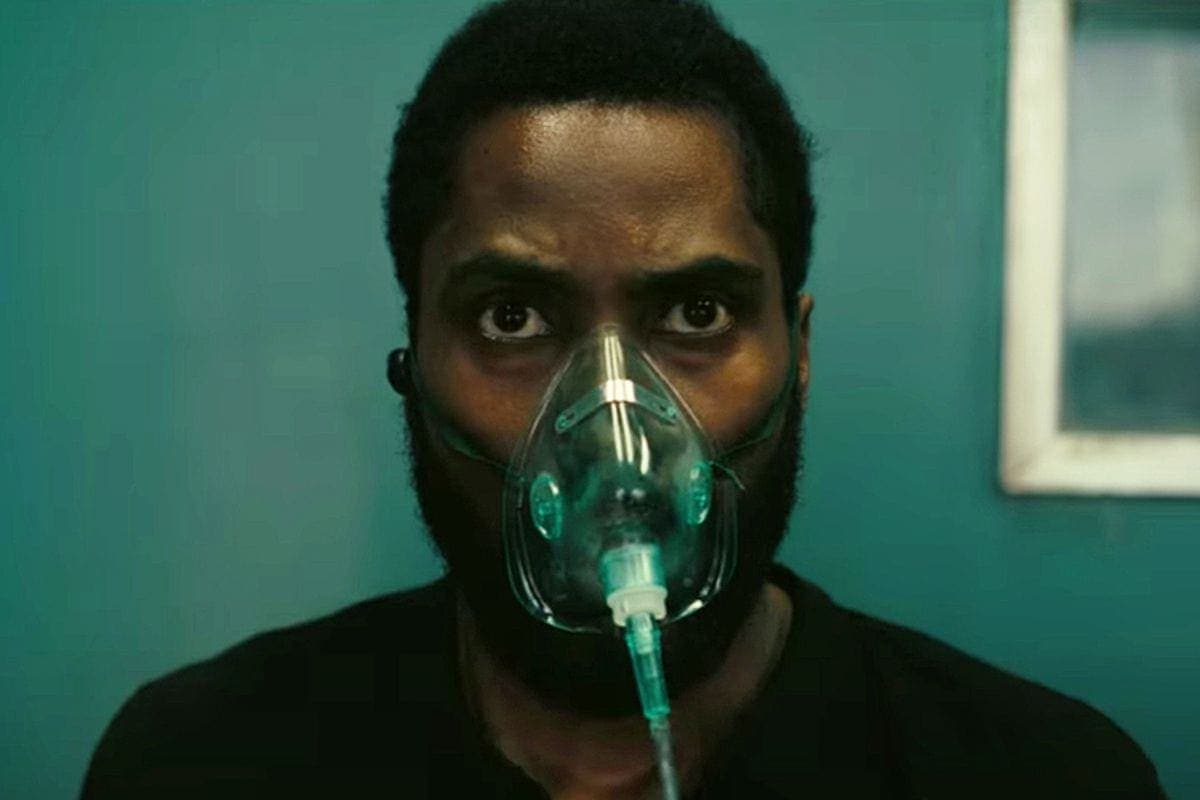 ‘In what sense does success — the successful crime as much as the successful work of art — depend on not being detected?’ asks the psychoanalyst Adam Phillips. Christopher Nolan’s work is remarkably concerned with getting away with things: from Inception’s anti-heist to The Prestige’s high-wire magic acts. But perhaps the biggest rule that Nolan has got away with breaking is cleaving to his own artistic vision while wielding colossal budgets. Less and less in the film industry is art allowed to marry epic; so why does Nolan get away with it, while others don’t?

‘Don’t understand it, feel it,’ says Clémence Poésy’s physicist, introducing The Protagonist (John David Washington) to time-inverted bullets: pull the trigger and you’re not shooting but ‘catching’ the bullet as it streams backwards through time.

Viewers of Tenet would be wise to take Poésy’s advice. For while I’m sure there are already countless Reddit threads dedicated to deciphering and picking at Tenet’s plot and its holes, to focus on understanding the film seems to risk not feeling it: the dream-like smoke reverse-unfurling, sucked backwards in time; the countless explosions (and implosions); the throbbing bandsaw score by Ludwig Göransson (Black Panther, The Mandalorian) reverberating through your seat.

To date, Christopher Nolan is the only director for whom I will shell out to see in IMAX, and it’s not because I believe a new film of his will be ‘good’ — at least, by the usual standards. It’s because I know I’m guaranteed a certain cinematic experience. Less a film than a very specific kind of spectacle.

Besides the aerial wide gazes over surreal landscapes, disorientating medium shots tracking characters through exotic, frenetic locales, perhaps the most gratifying hallmark of Nolan’s spectacles is his commitment to practical effects that happen in-camera — and Tenet has under 300 VFX shots, lower than most romantic comedies. With this, and Nolan’s preference for large-scale photography using IMAX cameras, it is practically impossible not to be absorbed in another world for a time. 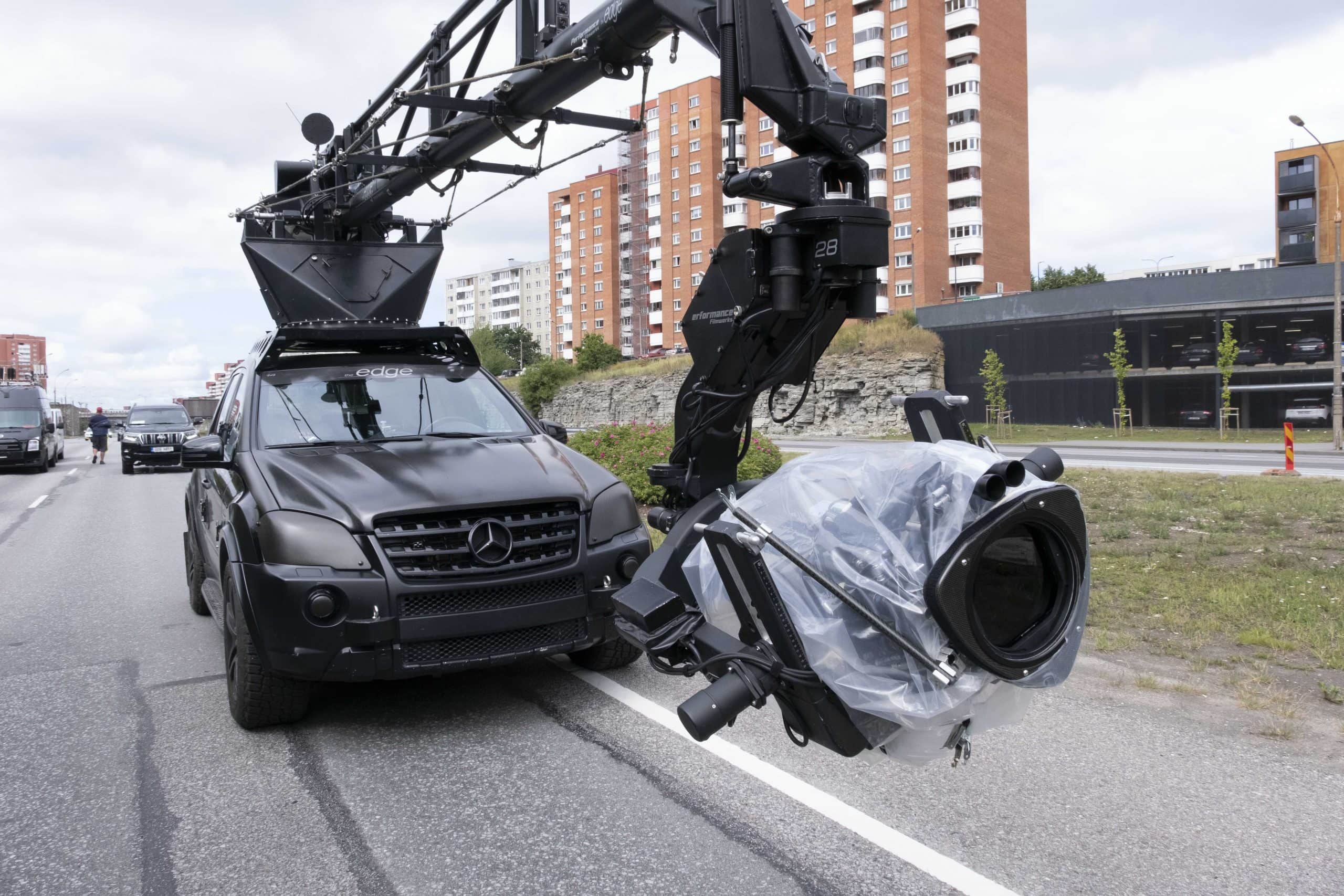 Pulp fiction has invariably proved to be an accurate barometer of political anxieties and public paranoia, and Christopher Nolan has an uncanny ability to reflect our own fears back at us — perhaps more so than any other living director.

For example, Nolan was halfway through filming Dunkirk when the Brexit referendum took place in 2016. Call it coincidence, but this film was released into a deeply divided Britain the following year; for leavers, it must have seemed like veritable agit-prop: here was the story of a Britain coming together as a nation to stand alone against the rest of the world — and all in a very literal effort to get out of Europe. 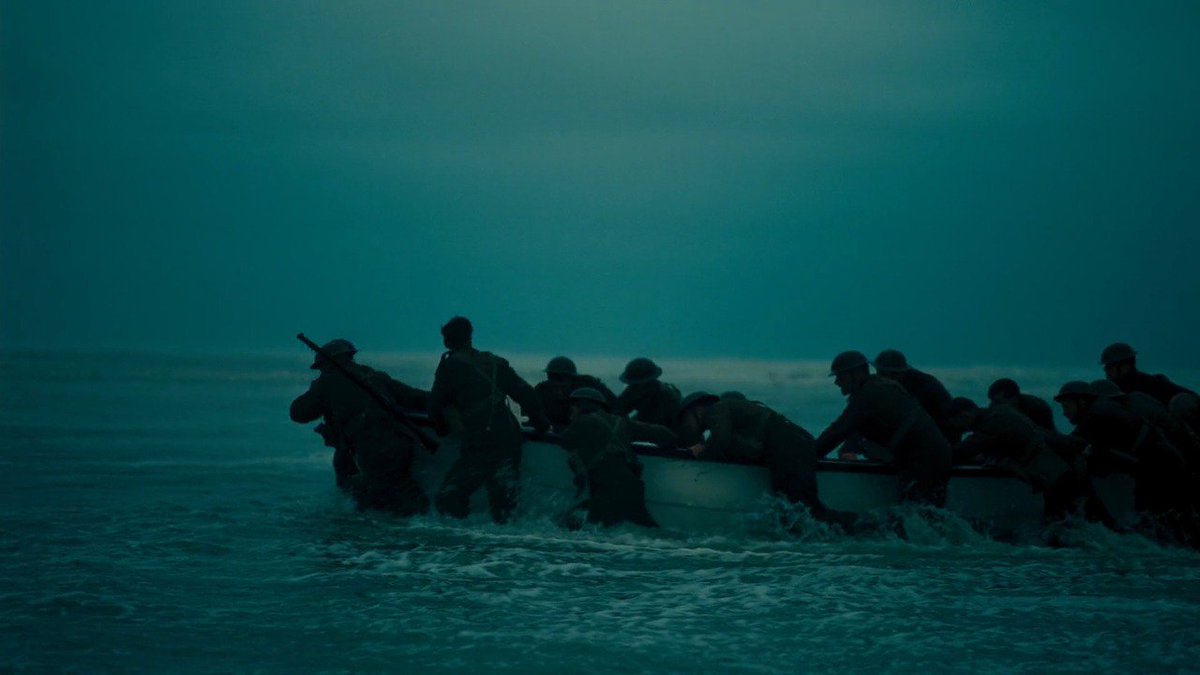 Keen to dissociate the film from political agendas, Nolan told Screen, ‘Dunkirk is an extraordinary story and it’s always served as something of a Rorschach test: different people interpret it in different ways.’

I want to treat Tenet as another Rorschach test. What might Tenet say about me and the world around me?

Since Tenet’s central concept involves ‘time inversion’ — The Protagonist is a secret agent who must manipulate time in order to prevent the end of the world — it seems only fitting that we go backwards, in order to go forwards.

In ‘Notes on Film Noir’, Paul Shrader argues that during the Great Depression in the 1930s, films were designed to keep people’s spirits up. But in the 40s and 50s — generally regarded as the ‘classic period’ of American film noir — Hollywood broke from its hope-inspiring mission and instead represented the disillusionment and pessimism felt by society following the Second World War. Likewise, Shrader points out, Neo-noir emerged during the Watergate era, after the Vietnam War.

If the cynical tone (low-key lighting, and unbalanced compositions) of film noir reflect uncertain times of social upheaval, then by Shrader’s logic, we might have expected a spate of chiaroscuro-heavy films to flicker onto our screens during the War on Terror in the aftermath of 9/11; but that wasn’t, and hasn’t been, the growing trend since 2001. 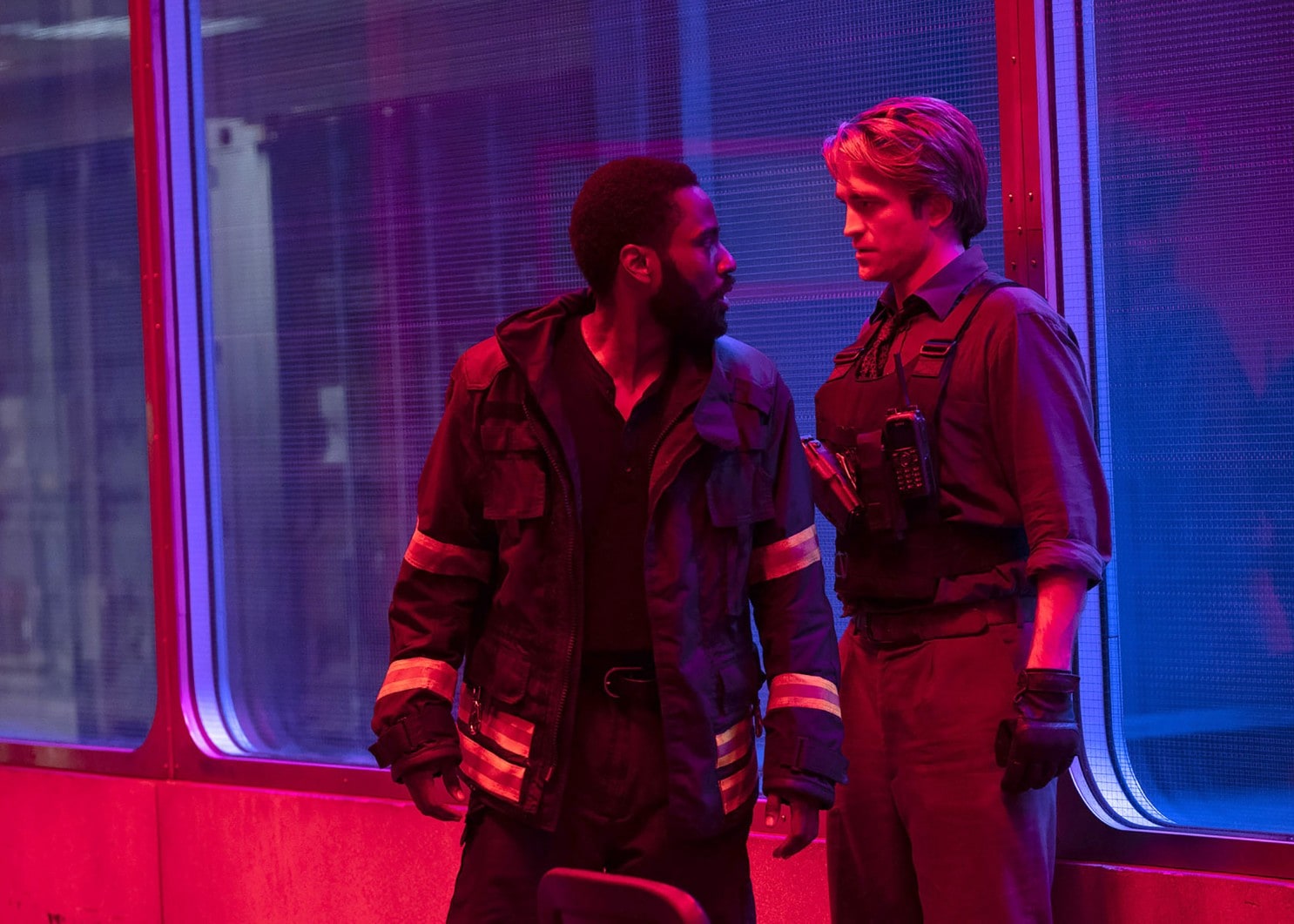 What has emerged as the predominant trend of popular cinema since the early 2000s right up to present day are superhero films. We might see superhero films as reflecting our post 9/11 world in a different way: they are so often concerned with justice, moral ambiguity, and good intentions backfiring; at the same time, they simplify Good vs. Bad in a world of ever-more polarised political debate.

So, where does Nolan fit into all this? In 2002, he made his first studio film, a remake of Insomnia, a Neo-noir that traces the descent of Al Pacino’s weathered detective.

The real-world shift in the landscape of war and espionage has undoubtedly had an effect on cinema. The Dark Knight — one of the highest grossing films in history, and the one with which Nolan made the jump up from mid-level budgets to money effervescing through every single shot — was crucial in defining the new grammar.

Tenet hits the ground running, dropping us in on an attack on a Kiev symphony performance. We follow an unnamed CIA agent, part of a SWAT team responding to the incident, in characteristic medium tracking shots, which add to the confusion. The SWAT team promptly releases gas into the auditorium, which puts the audience to sleep, but the attackers have masks.

What this sequence most readily brings to mind are the November 2015 Paris attacks, in which gunmen carried out a mass shooting and took hostages at an Eagles of Death Metal concert in the Bataclan theatre, leading to a stand-off with police. (It might also remind us of the mass shooting inside a cinema in Aurora, Colorado, during a screening of one of Nolan’s own films, The Dark Knight Rises, in 2012.)

Michael Leiter, director of the U.S. National Counter Terrorism Centre until 2011, suggested the Paris attacks were ‘a game changer for how the West looks at this threat’. One of the most disturbing aspects of the attack, according to Security Analyst Ed Davis, was how the attacks mirrored those in Mumbai in 2008, with ‘multiple teams simultaneously hitting different places.’

The nature of terrorism has undoubtedly changed since 9/11, and it’s as if, however consciously, Christopher Nolan is able to tap into our present fears. An attack could happen at any moment — and Tenet’s systematic scrambling of time captures this anxiety. 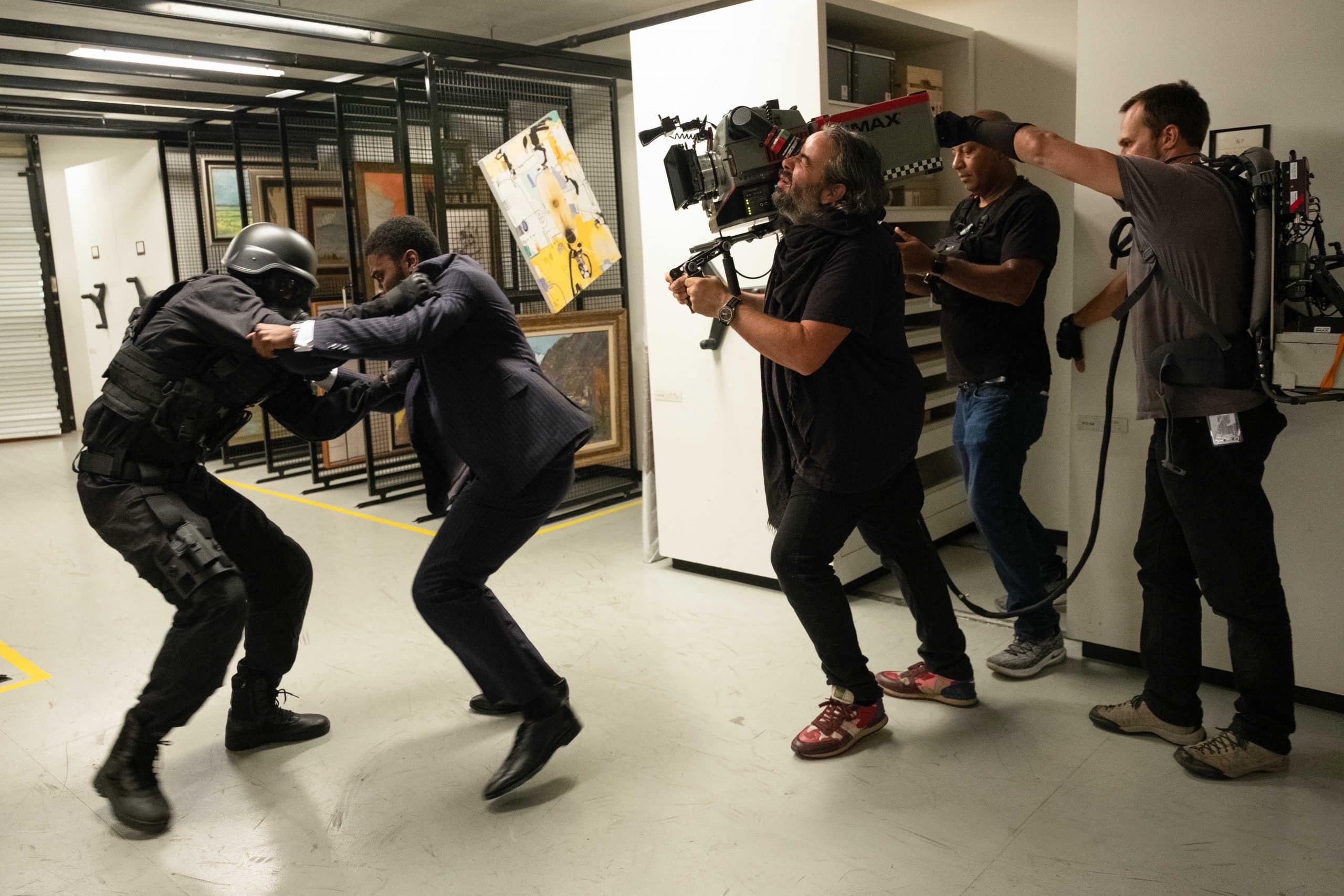 Particularly, however, Ed Davis’ description of recent terrorist attacks involving multiple teams that hit different places simultaneously is echoed in what Tenet describes as a ‘temporal pincer’ movement: much later in the film, two teams enter the same fight, with one team travelling forwards in time, while the other travels through it in reverse.

Strangely — or perhaps unsurprisingly — enough, Barack Obama once used The Dark Knight to describe ISIS: ‘ISIL is the Joker,’ he said. ‘It has the capacity to set the whole region on fire.’ However, Obama continued by saying that ‘ISIS is not an existential threat to the United States. Climate change is a potential existential threat to the entire world if we don’t do something about it.’

In many ways, Tenet plays much like an homage to James Bond with added physics

Despite the set-piece in Kiev that I’ve just described, in Tenet, it’s not terrorism that The Protagonist must defeat; the script is at (somewhat shonky) pains to make the stakes higher than high, making various references to a fate worse than ‘World War III’, ‘Nuclear Holocaust’, and an escalating situation colder than the Cold War (‘ice cold’, in fact.) 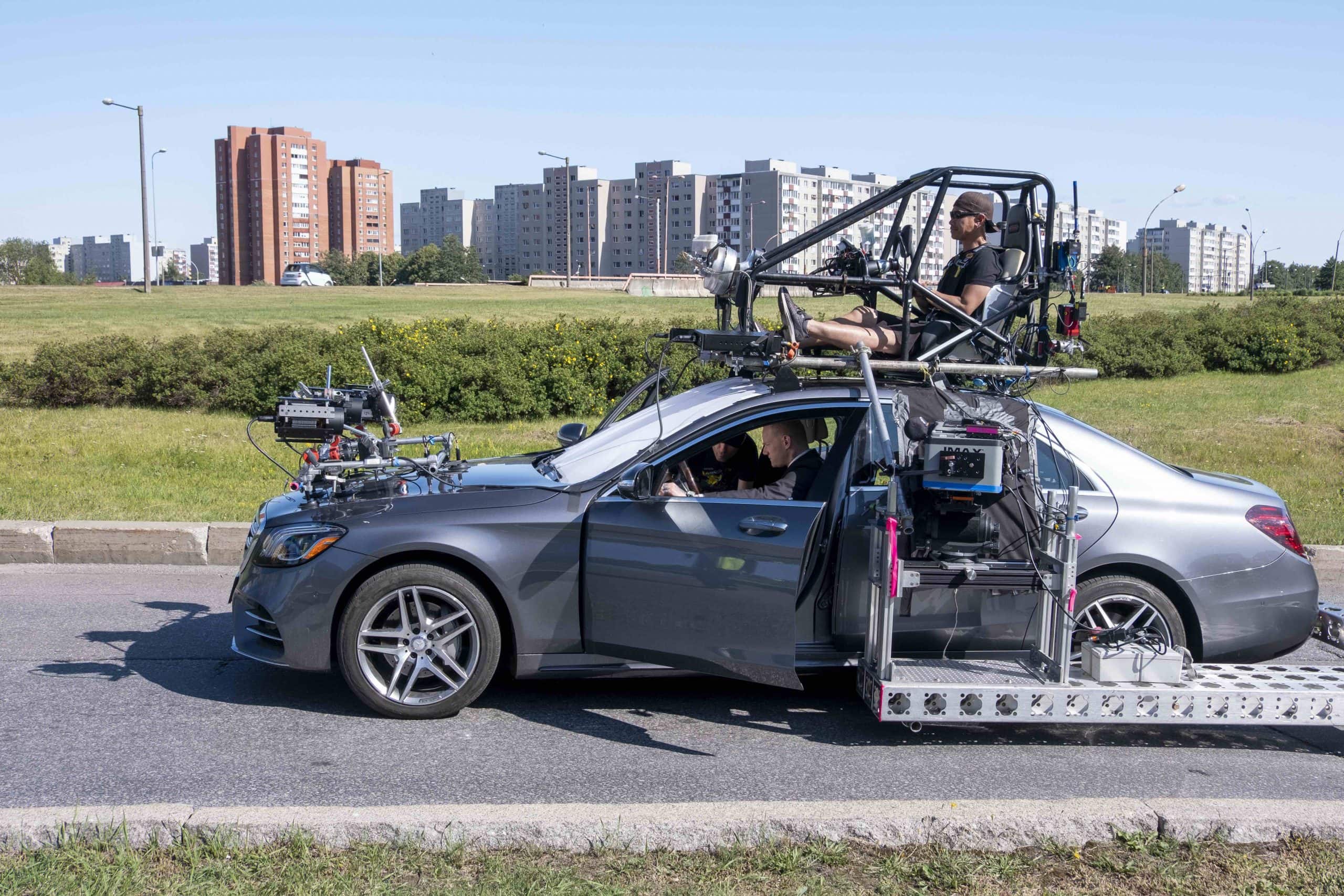 It’s here that Tenet updates the espionage genre for a contemporary audience. In many ways, Tenet plays much like an homage to James Bond with added physics: location-hopping from Denmark to Estonia, India to Italy, etc., our stony-faced Protagonist seeks to uncover and halt the Big Bad’s plan to end the world; the villain in this case, played by Kenneth Branagh, even has a broad Russian accent, recalling Cold War-era Bond.

However, Andrei Sator (Branagh), an oligarch who communes with the future, acts alone, explicitly not for a nation state; the predominant fears that Tenet mirrors back at us are the extremes of unmonitored individual power, left unchecked. In the past ten years, neoliberal globalisation has doubled-down in transferring a lot of power to multinational corporations (Walmart, for instance, has deeper pockets than Spain and Australia). What’s terrifying about Sator is that so much power rests in one man’s hands; get past the kitschy accent, and you’ll see he’s drawn like a more cavalier Jeff Bezos. 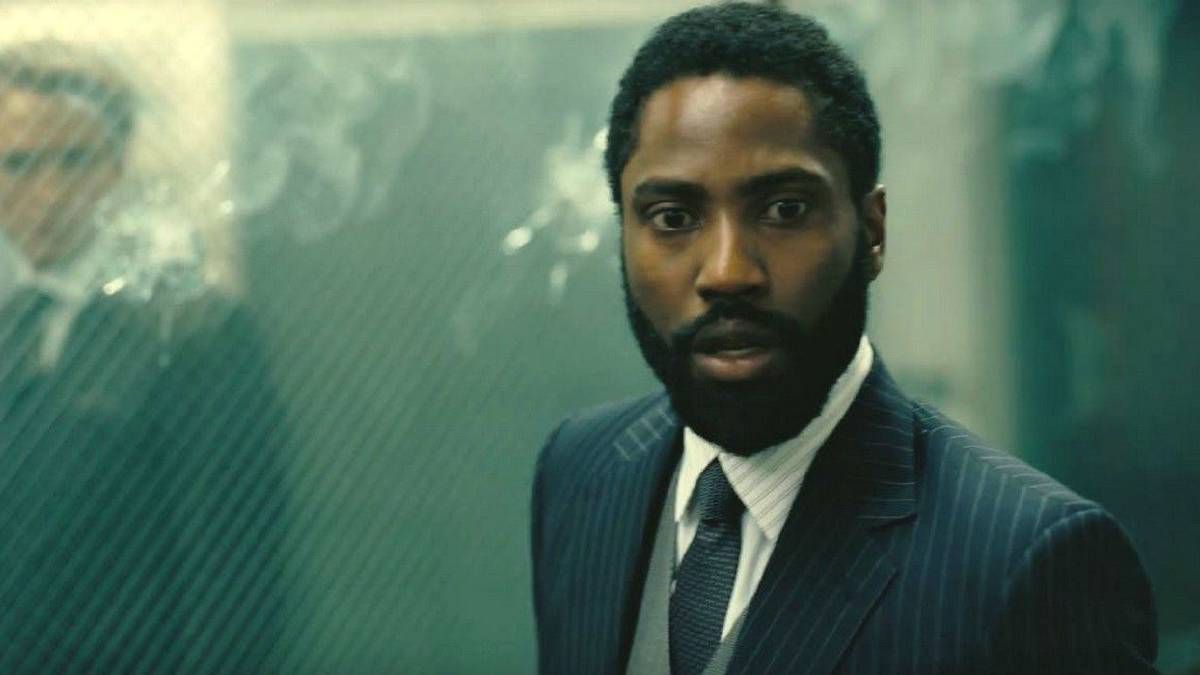 In Tenet, posterity has destroyed the planet to such an extent that they have nowhere left to go. Whereas in Interstellar, which saw dust storms and crop blights threaten humanity’s survival and Matthew McConaughey’s Cooper recruited to explore the outer reaches of space for a habitable space to continue our existence, the solution for humanity’s survival decided upon by Tenet’s future inhabitants is to turn back the hands of time, in order to live in the past. All of which is to say that as much as Nolan’s work captures something of our fear of being attacked, he at the same time draws upon the existential threat humanity poses to itself.

Bill Gray, the protagonist of Don DeLillo’s Mao II (1991) muses, ‘Years ago I used to think it was possible for a novelist to alter the inner life of the culture. Now bomb-makers and gunmen have taken that territory. They make raids on human consciousness.’

Now consider that the central concept of Inception is literally a raid on someone’s subconscious – to implant an idea in someone’s head. To be clear, I’m not going as far as DeLillo — nor the highly controversial statements of the likes of Damien Hirst and Karlheinz Stockhausen, who both compare the September 11th attacks to a great work of art — but it’s undeniable that Christopher Nolan’s work sits at this intersection of art, terror, and spectacle in a curious way. In the 2000s, he dramatised fear and paranoia just as public fascination with terrorism heightened after the 9/11 attacks; his vision continues to warp to reflect the present, as the nature of what threatens us subtly shifts.

You could cynically dismiss Nolan as principally interested in putting bums on seats and no longer making auteur cinema, or as a writer and director not interested in representing enough humanity in his films. For me, however, at least part of his success has to be that he captures something of the social upheaval in our post-9/11 world and transforms it into something that is satisfying to experience, perhaps in a way that provides a kind of catharsis you didn’t know you needed.  Christopher Nolan’s cinema is as frustrating as it is satisfying, but he is ever committed to making something happen to you. My impulse is to let it.

‘Be daring, be different, be impractical’ – Cecil Beaton, an exhibition

An exhibition brings together the work of Cecil Beaton, charting his incredible career, in which he photographed some of the most defining figures of the twentieth century. Uncategorised 5 MINS  /  6 days ago
See More